"IBC DIGITAL" in MFSK32 will be at the end of each ENGLISH broadcast. 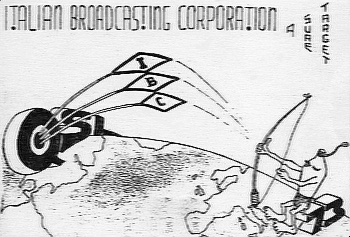 Welcome to program number one of Shortwave Radiogram.

Here is the lineup for today's program, all in MFSK32 ...

If you are not now on the weekly Shortwave Radiogram email list,
please send me an email, and I will add you to it ...

Shortwave Radiogram is the successor to VOA Radiogram.

The transmission schedule, for now, is: 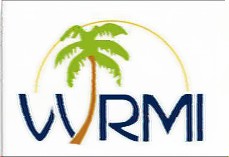 The format of Shortwave Radiogram will be similar to VOA
Radiogram. Most of our content will be in MFSK32, although we
will often transmit some content in other modes such as MFSK16.

I recommend that you use the RxID on Fldigi or equivalent on
other decoding software so that your received mode changes
automatically.


This is Shortwave Radiogram


Even though this Radiogram no longer has "VOA" in its name, I
will still be able to use news items from the Voice of America.
Here is an example ...


'Hotline' Established Between US, Former Soviet Union during this
week in 1963

In reality, the "hotline" wasn't a red phone.

It may well have been a lifesaver, though, when it was
established on this day, June 20, 1963, between the United States
government and the former Soviet Union.

Its purpose? To lessen via nearly instantaneous communication the
threat of an accidental nuclear war.

The need became frighteningly obvious during the Cuban Missile
Crisis of October 1962. The United States had discovered that the
Soviets were building missile sites in Cuba capable of firing
missiles with nuclear warheads.

Eventually, then president John F. Kennedy instituted a naval
"quarantine" around Cuba to block the delivery of such missiles.

Days of tensions ensued as the world literally sat waiting to see
whether or not World War III was imminent.

Then came a breakthrough: Soviet leader Nikita Khrushchev agreed
that his country would not install nuclear weapons in Cuba;
Kennedy, in turn, vowed not to threaten the sovereignty of Cuba.

In designing the hotline, the idea was to expedite written
communication and slow down verbal exchanges, so that cooler
heads might prevail: if leaders spoke in real time, there could
be translation problems, or heated misunderstandings.

Instead, each side got special teletype machines, which zipped
written messages straight to official translators.

The first test message from the U.S.? "The quick brown fox jumped
over the lazy dog's back." It was used because it contains every
letter in the alphabet.

The Soviets fired back a description, in Russian, of a sunset.

According to the Arms Control Association, the hotline was first
used by the United States and Russia in 1967 during the Six Day
War between Israel, Egypt, Jordan and Syria to clarify the
intentions of fleet movements in the Mediterranean that could
have been interpreted as hostile.

The Soviet Union and the United States intended to reassure each
other that they did not wish to be militarily involved in the
crisis. Throughout the duration of the Six Day War, the two sides
used the hotline almost two dozen times for a variety of
purposes.

Richard Nixon also used it during the Indo-Pakistani War of 1971
and again during the 1973 Arab-Israeli War.

During the Reagan administration, the hotline was used several
more times. However, an official listing of the instances when
the states used the hotline never has been released to the
public.

The hotline between Moscow and Washington still exists today.
Over the years, it has been kept up to date using modern-day
technology.

Former CIA director and defense secretary, Robert Gates, has said
the hotline will remain an important tool for "as long as these
two sides have submarines roaming the oceans and missiles pointed
at each other."


Image: This red telephone at the Carter Presidential Library was
not the actual "hotline" ...

"Are we alone? Maybe Kepler today has told us indirectly,
although we need confirmation, that we are probably not alone,"
said Kepler scientist Mario Perez.

Those 10 planets were orbiting suns at a similar distance to
Earth's orbit around the sun. This distance is considered the
"Goldilocks Zone" - not too close, not too far away from the sun,
just right to support life.

Seven of these planets were circling stars similar to our sun.
This does not mean life of any complexity has been found on these
planets, but the chances that Earth is the only planet that
supports life are dwindling.

"It implies that Earth-size planets in the habitable zone around
sun-like stars are not rare," Harvard astronomer Avi Loeb wrote
in an email to the AP news agency. Loeb was not part of the
Kepler research team.

What is the Hubble Telescope?

Before Kepler was launched in 2009, astronomers hoped there would
be Earth-like planets around about 1 percent of stars. Scientists
involved with the Kepler telescope said that number is closer to
60 percent this weekend.

"This number could have been very, very small," said Caltech
astronomer Courtney Dressing.

The Kepler telescope will soon make way for its successor. The
Transisting Exoplanet Survey Satellite (TESS) will observe the
brightest 200,000 nearby stars for two years starting next year.

The James Webb Space telescope, which will replace the Hubble
telescope next year, will be able to detect the make-up of
atmospheres of exoplanets. The James Webb telescope will also be
able to determine the possibility of finding potential life
forms.

Image: Artist's rendering of exoplanets, with Earth on right ...

While fewer shortwave broadcasts are available than in previous
years, there is still much variety to be found on the shortwave
bands. With stations less likely to be found by random tuning, a
good guide is even more important. One such publication is the
International Shortwave Broadcast Guide.

"This new e-publication edition is a much expanded version of the
English shortwave broadcast guide that was formerly published in
the pages of the former Monitoring Times magazine for well over
20 years. This one of a kind e-book is published twice a year to
correspond with shortwave station's seasonal time and frequency
changes."

This weekend is Field Day, the big amateur radio contest and
emergency preparedness event. Greetings to radio amateurs and
clubs participating this weekend. Field Day stations are most
likely to be decoding this Sunday at 0600-0630 UTC on 7730 kHz.
Some stations might still be active during the 2030-2100 UTC
airplay on 11580 kHz. Most will be dismantled by the 2330-2400
UTC show. 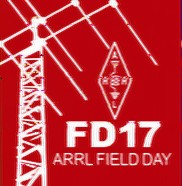 Thanks to Jeff White and his colleagues at WRMI in Okeechobee,
Florida.

I'm Kim Elliott. Please join us for the next Shortwave Radiogram. 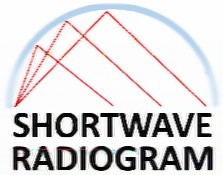