Welcome to program 2 of Shortwave Radiogram.

A new transmission for Europe

We are pleased to announce a new Shortwave Radiogram transmission
primarily for Europe. It is Saturday, 1600-1630 UTC, on 9400 kHz,
via the Space Line HF facility in Kostinbrod, Bulgaria:
http://www.spaceline.bg . Outside of Europe, you can tune in via
http://websdr.ewi.utwente.nl:8901 in the Netherlands.

The Kostinbrod site was used by the old Radio Sofia international
service. I heard Radio Sofia in English many times beginning in
the 1960s. Back then, their interval was the first notes from a
youth march, which, according to my World Radio TV Handbook, were
played on an organola.

I always wondered what an organola is. Doing some research, I
learned that there is an organola that looks like an accordion.
And there is a Soviet-made organola ( Органола ) that is more of
a small electric organ. I think Radio Sofia used the latter.

Anyway, in MFSK32, here’s a picture of a Soviet keyboard-style
organola ...

The transmission via Space Line in Bulgaria is in addition to our
existing broadcasts from WRMI, Radio Miami International,
Okeechobee, Florida: http://www.wrmi.net ...

From the reception reports from Shortwave Radiogram program 1
(thanks for your reports!), I noticed that some listeners had
slant in their MFSK images.

Slant is related to the "calibration" of your sound card, or any
other component that has a sample rate. The following MFSK32
image of a vertical line might help you make the adjustments
necessary to eliminate, or at least reduce, slant.

If the line has a positive slant (veers to the right at top), in
Fldigi: Configure > Sound Card > Settings > Corrections: Start
with a RX ppm reduction of 1000 ppm, and adjust from there. Or,
in Audacity, try a reduction in speed (Effect > Change Speed) of
0.1%, and adjust from there. If there is a negative slant (veers
to left at top), try an RX ppm increase, or in Audacity an
increase in speed.

For further testing, the same audio of the vertical line in
MFSK32 is available at:

MOSCOW - Russian lawmakers are considering ways to block foreign
media broadcasts in Russian if they break the law.

The proposal is a tit-for-tat response to a bill introduced to
the U.S. Congress in March that would give the Justice Department
authority to investigate Russia's English-language RT for
potential violations of the Foreign Agents Registration Act. RT
figured in a U.S. intelligence report about Russian meddling in
the U.S. presidential election.

Andrei Klimov, the head of a newly created panel of the upper
house of the Russian parliament, said Wednesday it is pondering
ways to oblige foreign media broadcasting in Russian to account
for their activities in line with a Russian law on foreign
agents.

Klimov added that new legislation could authorize Russia's
communications watchdog to block broadcasts if they violate the
law. 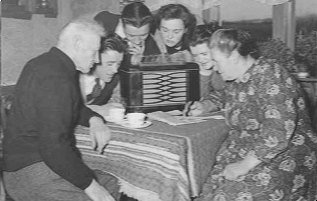 The Trump administration has announced plans to rescind the clean
water regulation in a move that environmentalists are saying
"defies common sense."

The United States Environmental Protection Agency (EPA) and Army
Corps of Engineers have announced first steps to withdrawal
Obama's 2015 Clean Water Rule, which clarified which US water
bodies and wetlands are protected under the Clean Water Act

"We are taking significant action to return power to the states
and provide regulatory certainty to our nation's farmers and
businesses," said EPA Administrator Scott Pruitt.

The move enacts an executive order signed by President Trump in
February, which stated that although it was in the national
interest to protect waters from pollution, it was also important
to "promote economic growth" and "minimize uncertainty."

The regulation was created the aim of ensuring that drinking
water supplies do not become polluted.

Under the 1972 Clean Water Act, federal agencies are responsible
for navigable rivers and lakes. But less clear is the status of 2
million miles of headwaters and streams, plus 20 million acres of
wetlands. The Obama rule extended protection to those waters
under the term "waters of the United States."

Environmentalists say that by rescinding the rule, the Trump
administration will put the drinking water sources of one in
three Americans at risk.

"Clean water is vital to our ecology, our health and our quality
of life. We are already seeing drinking water contaminated by the
algal blooms and toxic chemicals," said John Rumpler, senior
attorney and clean water program director at Environment America.

"The last thing we should do is weaken protections for our
water."

The move is the latest in a string of actions the president has
undertaken to roll back environmental legislation put in place by
the Obama administration. Trump has already withdrawn from the
international Paris climate change agreement, and rescinded the
Clean Power Plan, comprised of national regulation aimed at
curbing carbon emissions from power plants.

In 2014, residents in Ohio were forced to drink bottled water
after high levels of toxins from algae were measured in Lake Erie

The EPA move has been welcomed by farmers, fossil fuel companies
and property-rights groups, which had fiercely criticized the
Obama regulation, saying it amounted to federal overreach.

"This rule was never about clean water. It was a federal land
grab designed to put a straightjacket on farming and private
businesses across this nation," said Zippy Duvall, president of
the American Farm Bureau Federation.

Following its adoption in 2015, the Clean Water Rule was only
shortly in effect. It was later stayed as part of a decision by
the US Court of appeals in Cincinnati in response to a lawsuit
from opponents. The EPA says that due to the stay, rescinding the
rule will have no impact on existing practices.

The agency will make a final decision on whether to rescind the
law following a 30-day public comment period. If it rescinds the
rule, the agency will then reevaluate the definition of "waters
of the United States."


Image: This algal bloom in Lake Erie was a result of fertilizer
runoff ...

Congratulations to the Italian Broadcasting Corporation on the
37th anniversary of its first IBC shortwave broadcast in 1979. 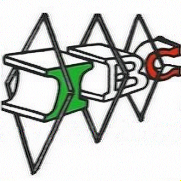 Thanks to the teams at WRMI, Radio Miami International,
http://www.wrmi.net, and Space Line in Bulgaria,
http://www.spaceline.bg.

I'm Kim Elliott. Please join us for the next Shortwave Radiogram. 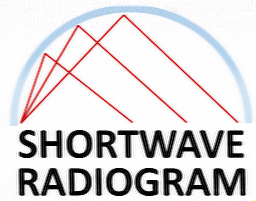