Welcome to program 5 of Shortwave Radiogram.

Here is the lineup for today's program, all in MFSK32 centered on
1500 Hz:

ARLINGTON, Va. (NNS) -- The signal lamp aboard the USS Stout
flashed light bursts to the USS Monterey, located pierside 250
feet away. Aboard the Monterey, its own signal lamp used a
mounted camera to receive the incoming Morse code-which then was
converted into text appearing on an accompanying handheld device.

Peering at the device connected to the Monterey's signal lamp,
Scott Lowery chuckled as one word popped up on the screen:
"random."

"I asked them to text me something random, so they signaled the
word 'random,' " said Lowery, an engineer at Naval Surface
Warfare Center (NSWC) Panama City, Florida. "Simple, but it shows
the system is working."

Lowery recently was at Naval Station Norfolk, Virginia,
conducting a demonstration of the Flashing Light to Text
Converter (FLTC)-a ship-to-ship communication system that he's
helped develop to enable U.S. Navy vessels to use their signal
lamps to text message each other.

Sponsored by the Office of Naval Research's (ONR) TechSolutions
program, FLTC features (1) a camera that can be mounted atop a
signal lamp and hone in on Morse code bursts from another lamp
within view, and (2) a hand-held device or laptop computer
connected to this camera to display text messages sent and
received.

Linking the commercially available camera and device is a
proprietary converter that uses specialized software algorithms
to process incoming light flashes into high-frequency signals-and
then convert those into text messages. To reply to a text, a
Sailor can use the device to type a response that is sent back as
a Morse code message via specially powered LED lights that flash
automatically.

Since World War II, the process for sending messages using signal
lamps has barely changed. It requires someone trained in Morse
code to operate the lamp's shutter by hand, and involves a lot of
time receiving, decoding, and replying to messages. Using FLTC,
Sailors can quickly and easily type and send messages-with fewer
mistakes-even if they don't know Morse code.

"The best part of this flashing light converter is how easy it is
for Sailors to use," said Lowery. "It's very intuitive because it
mirrors the messaging systems used on iPhones. You just type your
message and send it with the push of a button."

"FLTC could be extremely valuable if a ship's main communications
go down or if it needs to maintain a low electronic signature to
avoid detection by an adversary," he said.

FLTC originated in 2015, when the Naval Surface and Mine
Warfighting Development Center (SMWDC) in San Diego sent a
request to ONR's TechSolutions program for a text-messaging
interface for signaling between ships. TechSolutions is ONR's
rapid-response science and technology program that develops
prototype technologies to address problems voiced by Sailors and
Marines, usually within 12-18 months.

To provide a solution to SMWDC, TechSolutions selected and funded
NSWC Panama City and a commercial company-Creative MicroSystems
Corp.-to develop the components of FLTC.

"In the future, we envision a standard retrofit kit that could be
placed on all existing signal lamps," said Lowery.

Later this year, TechSolutions will deliver prototype FLTCs to
SMWDC for further testing and evaluation. Lowery and his team
hope to see the system issued throughout the fleet next year.


Image: From the accompanying video ...

Hyperloop travel is coming to Europe

Be it rail or road, plane or boat, there are four main types of
transportation humans use to get around. To most traveling any
other way seems like a vision from the future, but the future may
only be a pod ride away.

"Hyperloop" is a system of vacuum tubes that could theoretically
transport passengers and cargo in capsules at subsonic speeds.
While the idea of pneumatic tube travel has been tossed around in
scientific circles since the 1800s, it was only really in 2013
when venture capitalist Elon Musk brought the technological
challenge into the 21st century.

The modern innovation is to have capsules levitated by air
pressure or magnetic rails propelled through an extremely low
pressure tube. Passengers would glide at aircraft speeds without
the emissions. Commuters would travel twice as fast as high speed
trains, and it could cost half as much to build.

Futurists are eager to laud hyperloop as a revolution to the way
we live now. A handful of private companies are racing to develop
the technology that could reinvent transportation. One of them,
the Los Angeles-based startup Hyperloop One, announced this week
that it had fully tested its hyperloop system in a vacuum
environment in May.

"We'll be able to move between cities as if cities themselves are
metro stops," said Hyperloop One co-founder Shervin Pishevar in a
statement. Yet moving capsules through a vacuum tube is an
important technological hurdle in developing the hyperloop
corridor. The low pressure environment is critical to making the
journey between cities like Helsinki and Stockholm or Berlin and
Munich take less than 30 minutes.

Partnerships for the future

Even though Hyperloop One and its competitors are in the
relatively early stages of development, that hasn't stopped them
from proposing routes and getting investors and governments on
board. The US-based Hyperloop Transportation Technologies (HTT)
has an exploratory agreement to develop a hyperloop corridor
between the Czech cities of Brno and Prague to Bratislava in
Slovakia. Recently the company announced that it had licensed its
technology to the government of South Korea.

Contrary to the innovate first, ask for permission later that's
been the playbook model for industry disruptors like Uber and
Airbnb, HTT and Hyperloop One seem to see partnerships as a
tandem strategy to getting their technology off the ground.

Hyperloop One's strategy has been to sponsor "global challenges"
or competitions to collect bids on how different regions could
implement their technology. Last month at their Vision for Europe
summit in Amsterdam, the company unveiled an ambitious set of
proposals that would connect some 75 million Europeans living in
44 cities.

Melanie Schultz van Haegen, self-proclaimed "hyperloop
enthusiast" and Dutch Minister of Infrastructure and the
Environment, gave the keynote speech. "Hyperloop can be the game
changer," she said, listing as reasons growing traffic jams, the
increasing numbers using public transportation and the need to
reduce carbon emissions. "The Netherlands has every reason to
encourage innovative mobility. If we don't our country will grind
to a halt."

In addition to launching Europe's first hyperloop test track at
Delft University in coordination with Hyperloop One, the Dutch
ministry is creating a uniform Mobility Act to make it easier to
introduce new policy measures in the future.

"There needs to be an interconnect between entrepreneurs and
policy makers," says Gillian Harrison, a research fellow at the
University of Leeds' Institute for Transport Studies; but adds
that it is essential that these kind of public-private
partnerships are carried out correctly. "At the end of the day
policy makers are civil servants and they are working on behalf
of the public."

While there is always a risk that new technologies won't pan out,
according to Harrison, what helps policy makers "bet on the right
horse" are good planning models.

"Models are only as good as the data and knowledge that the
modelers have," she said. But the latest modelers are working on
innovations in autonomous driving, not necessarily hyperloop.

During Hyperloop One's system test in May which was done without
reporters present, the prototype levitated for just 5.3 seconds
and reached a speed of 113 kilometer per hour (70 miles per
hour).

Josh Giegel, president of engineering at Hyperloop One, said in a
statement about the demonstration: "We've tested our hyperloop
system; we know it works, and we're ready to deploy it to the
rest of the world."

The company is beginning its next phase of testing which is meant
to get its systems up to a target speed of 400 kilometer per
hour. In the meantime, as Hyperloop One and other companies
invest time in planning routes and building strategic
partnerships to prepare for regulatory hurdles, hopefully the
technology can get up to speed.


Image: Prototype of a hyperloop tunnel from
http://hyperloop.warr.de/ ...

At Friedrichshafen, IARU Region 1 President Don Beattie G3BJ said
"I am deeply concerned about our ability to maintain a usable
radio spectrum in some parts of suburban Europe"

Don Beattie G3BJ, gave an opening address at the Friedrichshafen
Ham Radio 2017 event in which he covered the spectrum challenges
of today.

"It is of little value having radio spectrum allocated to the
amateur service if it is made unusable by the presence of
multiple sources of interference – be it electrical interference
or intruders in the amateur bands. And so IARU is deeply involved
in the work of the international standards organisations, arguing
for common sense in the setting of emission standards for
electrical and electronic devices.

"Areas which are of current concern are solar photo-voltaic
generators, wind generators, digital devices, VDSL+ and Wireless
Power Transfer. Some would say that even with the work we are
involved in on standards, much of the radio spectrum is becoming
unusable in the suburban environment, and I have sympathy with
this view." 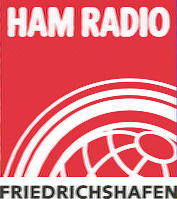 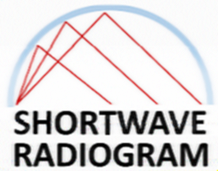