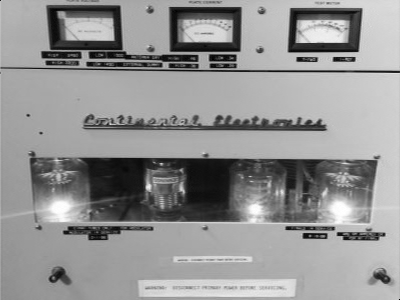 Reuters reported this week: "The risk of cyber attacks targeting
ships' satellite navigation is pushing nations to delve back
through history and develop back-up systems with roots in World
War Two radio technology."

One such system is eLoran, which transmits in the 90-110 kHz
range.

So one cheer for terrestrial radio ...

Welcome to program 8 of Shortwave Radiogram.

Here is the lineup for today's program, all in MFSK32 centered on 1500 Hz:

We begin with three items about plans for the return to
terrestrial radio for ship navigation, as satellite GPS may be
vulnerable to jammers ...

Ships use GPS (Global Positioning System) and other similar
devices that rely on sending and receiving satellite signals,
which many experts say are vulnerable to jamming by hackers.

About 90 percent of world trade is transported by sea and the
stakes are high in increasingly crowded shipping lanes. Unlike
aircraft, ships lack a back-up navigation system and if their GPS
ceases to function, they risk running aground or colliding with
other vessels.

South Korea is developing an alternative system using an
earth-based navigation technology known as eLoran, while the
United States is planning to follow suit. Britain and Russia have
also explored adopting versions of the technology, which works on
radio signals.

The drive follows a series of disruptions to shipping navigation
systems in recent months and years. It was not clear if they
involved deliberate attacks; navigation specialists say solar
weather effects can also lead to satellite signal loss.

Last year, South Korea said hundreds of fishing vessels had
returned early to port after their GPS signals were jammed by
hackers from North Korea, which denied responsibility.

Support Grows For A GPS Backup System Amidst Hacking Danger

eLoran [is] an updated version of the Loran technology developed
by the US in the 1940s.

Loran (LOng RAnge Navigation) was itself modelled on the Gee
system used by the Royal Air Force starting in 1942, with the
last Gee transmitter going off-air in 1970. ...

Like GPS, Loran determines position by measuring the timing
difference between signals whose point of origin is known, but it
relies on powerful land-based transmitters rather than the much
weaker signals emitted by GPS satellites.

The system was widely used for both military and commercial sea
navigation up until the 1990s, when the spread of cheap
satellite-based systems caused a rapid drop-off.

Some transmitters for Loran-C, the most recent version of the
system introduced in 1957, are still in operation, but most have
been decommissioned due to their cost. The US and Canada ceased
operations in 2010 and most European countries shut down their
stations at the end of 2015.

The UK still maintains a transmitter near Anthorn, in Cumbria,
but on its own it can only be used for timing purposes and not
for navigation.

Because it uses low-frequency radio waves (in the 90 to 110 kHz
range), it's not likely that you'll see eLoran integrated into
your smartphone. While the antenna required for receiving eLoran
signals is relatively small (about two inches square), that's a
fairly massive amount of real estate for a smartphone to dedicate
to a backup navigation system. But that size could be reduced
with some investment in antenna miniaturization. And while eLoran
only works in two dimensions (it doesn't provide altitude data)
and only works regionally (with a range of 800 miles), it has one
major advantage over GPS: its powerful low-frequency signals are
far less susceptible to jamming or spoofing. The signal from
eLoran beacons is 1.3 million times stronger than GPS signals. A
2006 MITRE study found that attempts to jam or spoof eLoran would
be highly unlikely to work.

A Russian plane has conducted a surveillance flight over the U.S.
Capitol building, Central Intelligence Agency, Pentagon, and
other critical government centers in Washington after being
cleared by the Pentagon.

The August 9 flight, which created a stir in U.S. media and
political circles, was part of a long-standing program of
surveillance under the Open Skies Treaty that allows both
countries to fly unarmed observation planes over each other's
territory.

Besides Russia and the United States, 32 other states have signed
the treaty, which is aimed at fostering transparency about
military activity, reducing mistrust and misunderstandings, and
facilitating the monitoring of arms-control agreements.

CNN and Politico reported that besides buzzing over Washington,
the Russian Tu-154M plane is due to fly over Bedminster, New
Jersey, where President Donald Trump is vacationing, and the
presidential retreat in Camp David, Maryland.

Pentagon spokesman Dan Gaffney said he could not confirm the path
of the plane until its mission was over. "A typical mission has
several segments taking place over a few days," he said.

But the U.S. Capitol Police issued an advisory ahead of time,
saying an "authorized low-altitude aircraft" would enter
restricted airspace over the Capitol between 11 a.m. and 3 p.m.
on August 9.

"The aircraft will be large and may fly directly over the U.S.
Capitol," the police notice said. "This flight will be monitored
by the U.S. Capitol Police command center and other federal
government agencies."

Since the treaty entered into force in 2002, there have been more
than 1,200 Open Skies flights. According to the Pentagon, the
overflights are conducted by aircraft typically equipped with
film and sensors allowed under the treaty.

The Pentagon and State Department said that before the flights,
each state is given the flight plan of the mission and escorts
fly aboard the aircraft to make sure it complies with the treaty.
After each flight, the host country gets a copy of any imagery
taken by the observation aircraft.

U.S. officials have testified in the past that while Russia
complies with the Open Skies Treaty, they believe it has adopted
measures that are inconsistent with the spirit of the accord.

The treaty, for instance, obligates each member to make all of
its territory available for observation, yet officials said
Russia has imposed restrictions on surveillance over Moscow and
Chechnya and near Abkhazia and South Ossetia, two breakaway
regions of Georgia now under Russian control.

With reporting by AP, CNN, Politico, and TASS

Russia's RT has this video of the airplane over DC ...
https://www.youtube.com/watch?v=1IP0_T51rI4

The Solar Eclipse QSO Party (SEQP) is just a couple of weeks
away! The SEQP is a special operating event organized by the Ham
Radio Science Citizen Investigation (HamSCI) to study ionospheric
effects caused by the August 21 total solar eclipse.

During the SEQP, hams are being asked to operate on the HF bands
in a manner similar to a contest or QSO party. Let the HamSCI
researchers know where you plan to be and what modes you plan to
operate.

HamSCI scientists rely on data from systems such as the Reverse
Beacon Network, WSPRNet, and PSKReporter. Participants’ logs will
provide the contact and spot data that researchers at the New
Jersey Institute of Technology and at Virginia Tech will use to
study eclipse-induced ionospheric effects.

Event rules and operating procedures are available on the HamSCI
website: http://hamsci.org/seqp


Kim's note: You can participate even if you do not have an
amateur radio license, or are otherwise unable to transmit.

At http://wsprnet.org, you can establish an account. Instead of
an amateur call sign, enter something like this: Your country's
prefix, SWL, and some numbers, so that your SWL call does not
duplicate an amateur radio call in your country.

WSPR 2.0 will suffice and will be simplest to use.

When you have WSPR running, set Tx fraction to 0%, meaning all
receiving and no transmitting.

You can also select Upload spots: the stations you receive will
be reported to the WSPR database. The Band pull-down menu will
tell you which frequencies to tune. Make sure the band you are
listening to is selected, so that your reports to the database
have the correct frequency.

Also make sure that your computer's clock is set for accurate
time. One way to do this is to click on the clock in the bottom
right corner of your display, click Change date and time
settings, click Internet time, click Change settings, click
Update now.

During the eclipse, you might monitor 80 or 40 meters, bands
where DX is more common during darkness.

Use the Map feature of WSPRnet.org, select a band, set the time
period to 10 minutes, and refresh it often during the eclipse. If
you only want to see the stations that you are hearing, enter
your SWL call in Call box.

Experiment with different settings under Database and Map to get
different perspectives of station activity.

More information about using WSPR as an SWL is here: 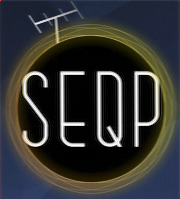 See this video from DW Science about plans to build a tunnel for
ships, connecting two fjords in Norway ... 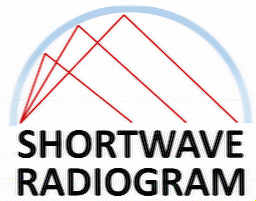