My wife, son, and I just traveled in this little car all the way
from Virginia to Colorado.

We left son and car in Colorado, where he begins graduate school.
Wife and I flew back.

Five of nearly 20 independent Cambodian radio stations shuttered
last week after airing programs critical of Prime Minister Hun
Sen’s government appealed to the Ministry of Information on
Monday for permission to reopen, pledging to follow the terms of
their licensing agreements.

The ministry has closed all radio stations airing programming by
Radio Free Asia and Voice of America since last week, leaving
listeners only online streaming or shortwave radio access to the
U.S.-funded broadcasters, as an alternative to stations aligned
with the ruling Cambodian People’s Party (CPP).

Owners of five of the now-shuttered stations—Kampong Cham, Angkor
Ratha, Samleng Kaun Khmer, Moha Nokor, and Stung Khieu—sent a
letter to the ministry Monday requesting a meeting to discuss the
reinstatement of their licenses and vowing to honor their
contracts.

The Ministry of Information had cited violations including airing
“outside programs without requesting authorization” as among the
reasons it had shut down the stations.

Kampong Cham radio station owner Than Sorith told RFA’s Khmer
Service that he believes the order was politically motivated,
rather than a response to breach of contract, adding that the
stations were targeted for airing content critical of the
government by RFA and VOA, as well as by online Cambodian news
site Voice of Democracy (VOD), and the opposition Cambodia
National Rescue Party (CNRP).

“If the ministry allows us back on the air again but doesn’t
allow us to lease our airtime to independent media outlets like
RFA, VOA, or VOD, they will have to give us reasonable
explanation—otherwise it won’t be acceptable,” he said.

“If conditions are set that restrict our freedom to air those
programs, we will have to think about [whether we want to
reopen].”

In the meantime, Than Sorith said, the closure of his station has
deprived his listeners of access to balanced news reporting and
left him unable to pay his staff.

Ministry of Information spokesperson Ouk Kimseng told RFA he was
unwilling to comment on the request from the station owners until
he had received their letter, but said they will be invited to
discuss any decision the ministry makes.

“I wish to reiterate that all radio station owners are encouraged
to hold talks with the ministry to address this issue—we can work
on this together,” he said.

“I am not going to say anything about the contracts [between the
ministry and the station owners], other than that they are
legally binding. When you sign them, you agree to respect them.
If you fail to respect them you will be dealt with accordingly.”

Phnom Penh-based Beehive Radio and Women’s Media Center (WMC) are
the only stations still airing content by RFA and VOA. The two
stations were forced by the ministry to reduce the amount of
airtime they leased to the broadcasters to half an hour each.

The attack on the radio stations comes amid a larger crackdown
prompted by Prime Minister Hun Sen’s recommendation at an Aug. 5
cabinet meeting that government agencies investigate alleged back
taxes owed by media outlets and civil society organizations.

Last week, Hun Sen vowed to shut down English-language newspaper
the Cambodia Daily if it does not pay U.S. $6.3 million in back
taxes and interest, prompting the paper’s owner to call for an
investigation into the charges.

Kim's note: The Voice of America Khmer Service continues to be
available on medium wave -- 1575 kHz via Thailand -- as well as
on shortwave. Thailand does not allow Radio Free Asia to use BBG
relay transmitters on its territory, so RFA Khmer transmits on
shortwave from other sites. This includes a new broadcast at
1430-1500 UTC on 7520 and 12140 kHz. See bit.ly/2vw4DdT


Image: Logo of Beehive Radio, an important FM outlet for VOA and
RFA in Cambodia, now reduced to 30 minutes for each station ...


From The Baltic Course:

A new transmitter will be launched in Lithuania this week for
broadcasting the Russian and Belarusian-language services of the
US Congress-funded Radio Free Europe/Radio Liberty (RFE/RL) aimed
at countering Russian propaganda, reports LETA/BNS.

It will replace a 52-year-old transmitter in Sitkunai, close to
Kaunas, that has been transmitting programs for listeners in
Russia, Belarus, Ukraine and Moldova at a lower quality.

The medium wave (AM) transmitter was manufactured some five years
ago and was used by the US Defense Department in Western Germany
to broadcast a radio program for American troops stationed
abroad.

The transmitting power of the new device is set at 75 kilowatts,
the same as that of the old one, but it can be increased up to
300 kilowatts if needed, Rimantas Pleikys, the owner of Radio
Baltic Waves International, said.

"If Russia decided to try and disrupt or jam this program or the
situation in Russia worsened dramatically, we would be able to
turn this transmitter on at full capacity," he said.

According to Pleikys, the new transmitter will not expand RFE/RL
foreign audiences, but it will greatly improve the quality of
retransmission.

RFE/RL programs rebroadcast from Lithuania can potentially reach
about 100 million people in the European part of Russia, Belarus,
Ukraine and Moldova.

Kim's note: Conspicuously missing from this article is the
frequency: 1386 kHz. The "10 hours a day" refers to the number of
hours RFE/RL is transmitted by the facility in Lithuania.

As of 31 August, the news of this new transmitter has not been
reported (at least in English) by RFE/RL or BBG.

Imagine the surprise of an intrepid early 1800s explorer when,
having climbed to the top of a hill during an expedition to West
Australia’s remote Middle Island, he found himself looking down
into a pool of with a difference.

Described by turns as having the hue of flamingos, bubble gum and
roses, it is undeniably pink. And whatever your thoughts might be
on that stirring, controversial color, a lake that has defied the
global geographical norms to do its own thing, is something to
behold.

Named Lake Hillier by the aforementioned explorer, Matthew
Flinders, after one of his crewmen who died on a trip to the
island, it is often cited as something of a natural phenomenon.
And it is.

While we all know that theDead Sea is too salty to support marine
life, and salty enough to enable human life to float, the fact
that Lake Hillier enjoys a similar claim to fame, is a much
better kept secret.

In part because it is at the bottom of the world on an
uninhabited island, and in part, because the fact that tourists
cannot land on the nature reserve island makes swimming in these
blushing depths an impossible if beautiful dream.

A lake of uncommon parts

The closest most people will ever get to the charmed lake will be
to fly above it in a helicopter. It is from the air that its
shows off its color with the greatest intensity, but even for the
lucky few who get to witness the waters lap against the 600 meter
long salty shores, there is no escaping the fact that it is
permanently pink.

Scientists still have the jury out on exactly why it is, but
widely held explanations attribute it to a microalgae called
Dunaliella salina, which generates carotenoids, a pigment also
present in carrots. Research on the mystical inland water on the
Recherche Archipeligo's largest island continues.


The following image (from wapo.st/2wMb1NT ) is a map showing the
portion of Texas most affected by Hurricane Harvey. Houston is to
the west and Beaumont to the east. Areas in purple received more
than 100 cm (40 inches) of rain ...

Meanwhile, Hurricane Irma is approaching North America and might
reach the United States. The next image (from nhc.noaa.gov )
shows the forecast track through Tuesday ... 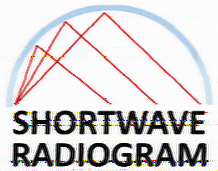