By mid-week, the system that was Hurricane Irma was much
weakened, but still very big: stretching from the Atlantic Ocean
to Arkansas ...


Welcome to program 13 of Shortwave Radiogram.


This weekend's Shortwave Radiogram may or may not be available
for its transmissions via WRMI in Florida, depending on when
antennas for 7730 and 11580 kHz, damaged by Hurricane Irma, can
be repaired.

Any remnants of Hurricane Irma would be well over the Atlantic by
this weekend. At the middle of the past week, those remnants
covered much of the eastern half of the United States ...

On Sept. 13 at 12:20 p.m. EDT (1620 UTC) the Moderate Resolution
Imaging Spectroradiometer of MODIS instrument aboard NASA's Terra
satellite provided a visible image of the remnants of Hurricane
Irma over the U.S. Midwest. The clouds stretched from Missouri to
the southern tip of Lake Michigan in the Great Lakes.

On Thursday, Sept. 14 at 3:34 a.m. EDT, the Discussion from the
National Weather Service, Baltimore, Maryland/Washington, D.C.
noted "The remnants of Irma will scoot toward the northeast and
across Pennsylvania today then to southern New England tomorrow."

The National Weather Service at Logan Airport in Boston,
Massachusetts noted on Thursday, September 14, 2017, "The much
weakened remnants from Irma will bring scattered showers and a
few thunderstorms late today into Friday, but the vast majority
of the time will feature dry conditions."

Irma's remnants [were] expected to slide off the U.S. East coast
on Friday, Sept. 15 and into the Atlantic Ocean. 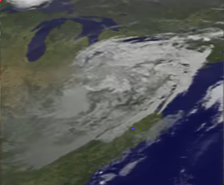 Urban Designers Look to Nature as Solution for Flood-Prone Cities

HOUSTON - From Houston and Miami, to cities in South Asia, 2017
has been a year of intense weather and devastating floods. A
combination of climate change and urban development has created a
perfect storm for catastrophe.

"We are living in a warmer world. We are living in a world where
potentially, hurricanes could be more damaging," said Bill
Patzert, climatologist at NASA's Jet Propulsion Laboratory. "Sea
levels are rising. They have risen almost nine inches (22
centimeters) in the last century," he said. Rising sea levels,
however, make up only a small fraction of the problem, he said.

"It has the appearance that flooding due to great storms or
during the monsoon season over Asia is becoming more severe. So
what is really happening is that the population of the planet,
especially along the great river valleys of Asia and along the
coast, for instance, of the United States, we tend to migrate
toward the coasts." Patzert added, "so there is just more
infrastructure. There are more people. There is more damage."

An example is the recent flooding in neighborhoods near dams and
levees in the Houston, Texas from Hurricane Harvey.

"It is a symptom of the way that we have not been able to control
development and to control where and how developers build," said
Kian Goh, assistant professor of urban planning at the University
of California, Los Angeles.

Architects and urban planners said many cities in potentially
flood-prone areas should rethink how they are built and their
relationship with water.

"Many urban designers have acknowledged that leaving out natural
systems is actually a big problem and the reasons why these
cities are flooding is because we have taken away wetlands; we
have paved over rivers, we have largely ignored the interaction
between physical and natural systems," said Goh.

One approach to fight floods is what architects call "passive
design."

"Passive approach, which is effectively what nature has done from
the beginning, tries to minimize damage. Or as the Dutch have
discovered, the water will be there, but how do you make it
design in such a way that when it comes and goes, that recovery
is not catastrophic," said Rives Taylor, a long-time Houston
resident and architect at Gensler, an architecture, design and
planning firm.

"So passive means in a lot of ways, less technology, and more
kind of learning from nature," said Taylor.

"For instance, we could design for more parks that for most of
the year it would just be lovely park land that you can play with
your kids or just visit, and in the once or twice a year events
where it does flood, it is fine. It is a field, it will flood and
it will come back," said Goh.

Another design idea with multiple benefits is building a green
roof, "which is good because it also cools the neighborhood,
urban heat island, every day, but the roof could slow the water
down," said Taylor.

Another factor to consider in designing cities in flood-prone
areas is transportation, including looking at cities with a "car
culture," such as Houston.

"For every Houston inhabitant, there are between 25 and 30
parking spaces," Taylor continued. "That's another urban design
rethink. Do we need that much parking in this era of Uber and
Lyft and autonomous vehicles?"

Planners, however, said since local officials determine how a
city is built, it will be up to them to decide how to rebuild
after a devastating flood and where the money will come from.


Image: From the accompanying video ...


This is Shortwave Radiogram in MFSK16 ...

President Donald Trump has blocked the acquisition of a U.S.
computer chip manufacturer by a Chinese company, calling it a
threat to national security.

The U.S. Treasury Department, acting under Trump's orders, said
Wednesday it is prohibiting the deal. It says the president
determined that it would put national security at risk and that
negotiations would not reduce that risk.

"The national security risk posed by the transaction relates to,
among other things, the potential transfer of intellectual
property to the foreign acquirer ... the importance of
semiconductor supply chain integrity to the U.S. government, and
the use of Lattice products by the U.S. government."

Trump acted after both Lattice and Canyon Bridge lobbied the
administration hard to allow the deal to go thorough.

China has not yet reacted to the Treasury's announcement. Trump
has vowed to crack down on what he says are unfair Chinese trade
practices, including alleged intellectual property theft.

The administration's perception that China is failing to put
enough pressure on North Korea to end its nuclear program has
also put a strain in ties between Washington and Beijing.


This is Shortwave Radiogram in MFSK32


The spacecraft Cassini was scheduled to end its mission Friday
with a dive into Saturn. Cassini was launched in 1997.

Image: 28 January 2016 image shows Saturn's rings, including the
darker series of bands called the Cassini Division between the
bright B ring, left, and dimmer A ring, right ... 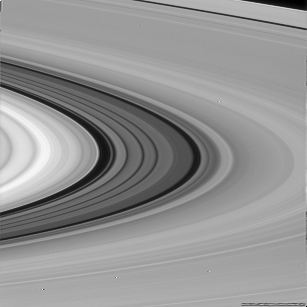 Image: 12 August 12 2009 composite image shows Saturn in equinox
seen by the approaching Cassini spacecraft. Saturn's equinox
occurs only once in about 15 Earth years ...

Cassini captured the first detailed images of a giant hurricane
on Saturn ... 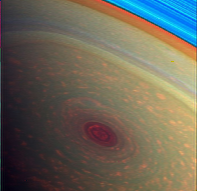