Welcome to program 15 of Shortwave Radiogram.

NASA to Partner with Russia on Deep Space Gateway Exploration

The United States space agency NASA says it will partner with the
Russian space agency, Roscosmos, to build a "deep space gateway"
in the vicinity of the moon.

The lunar space station, which is still in conceptual stage, is
part of a long-term project aimed at putting humans on Mars.

Acting NASA administrator Robert Lightfoot said Wednesday, "NASA
is pleased to see growing international interest in moving into
cislunar space as the next step for advancing human space
exploration." He added the gateway concept would serve as "an
enabler to the kind of exploration architecture that is
affordable and sustainable."

The idea behind the gateway project is to build a spaceport that
orbits the moon and would serve as a stopping point for
explorations deeper into space.

NASA said it would work with Russians and other countries
currently involved with the International Space Station to
"identify common exploration objectives and possible missions for
the 2020s."

NASA also said it has been working with U.S. industry to create
habitation concepts for the space gateway and it has awarded
several contracts to researchers to study risks related to the
deep space missions. Five prototypes of habitation systems are
expected to be completed by 2018. 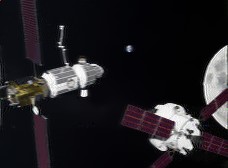 Fifty of the nation's most accomplished Amateur Radio operators
responded within 24 hours to the call of the American Red Cross
to deploy to Puerto Rico and provide emergency communications. At
the behest of Red Cross, ARRL rallied the US Amateur Radio
community to provide up to 25 two-person teams of highly
qualified hams. The group's principal mission will be to move
health-and-welfare information from the island back to the US
mainland, where that data will be entered in the Red Cross "Safe
& Well" website.

The group will deploy the middle of this week and remain on the
island for up to 3 weeks.

ARRL will equip each two-person team with a modern digital HF
transceiver, special software, a dipole antenna, a power supply
and all the connecting cables, fitted in a rugged waterproof
container. In addition, ARRL is sending a number of small,
2,000-W portable generators as well as solar-powered battery
chargers of the variety the US military uses on extended
deployments. The hams and their equipment will be sent to Red
Cross shelters extending from San Juan to the western end of the
island.

"This generous outpouring of response represents the finest
qualities of the Amateur Radio community," ARRL CEO Tom
Gallagher, NY2RF, said. "These individuals are dropping whatever
they are doing now, heading off to an extended hardship-duty
assignment, and offering their special talents to Americans who
have been cut off from their families, living amid widespread
destruction and without electrical power since Hurricane Maria
struck the Caribbean region last week."

ARRL's Emergency Preparedness Manager Mike Corey, KI1U, said this
was the first time in the nearly 75-year relationship between
ARRL and the American Red Cross that such as request for
assistance had been made. "Hurricane Maria has devastated the
island's communications infrastructure," Corey said. "Without
electricity and telephone, and with most of the cell sites out of
service, millions of Americans are cut off from communicating.
Shelters are unable to reach local emergency services. And,
people cannot check on the welfare of their loved ones. The
situation is dire."


Image: NOAA satellite images of Puerto Rico before and after
Hurricane Maria ...


From the BBC Media Centre:

The new Korean language service announced in November 2016 by the
BBC World Service began broadcasting today. Audiences in the
Korean peninsula and Korean speakers around the world can now
hear radio broadcasts and access the latest news online at
BBC.com/korean .

BBC News Korean is one of 12 new language service launches now
underway as part of the biggest expansion of the BBC World
Service since the 1940s, funded through a £291 million grant in
aid from the Foreign and Commonwealth Office.

BBC News Korean journalists will be based in Seoul, London and
Washington and will draw on the full extent of the BBC's global
network of correspondents.

All transmissions to be 7 days a week

The BBC News Korean website will be available at BBC.com/korean

The highest-capacity data cable stretching across the Atlantic
has now been completed. A consortium including Microsoft,
Facebook and Telxius recently finished threading the complex
4,000-mi (6,400-km) cable across the ocean floor from Virginia
Beach, Virginia to Bilbao, Spain to produce a high-speed data
connection that will be more secure from disruption by natural
disasters.

Though modern telecommunications may conjure up images of lasers
skittering between communication satellites high above the Earth,
the backbone of today's internet is heavily dependent on a giant
spider web of cables spanning between continents and along coast
lines carrying everything from tweets to high-definition live
streaming videos.

Unfortunately, these cables are vulnerable to natural and manmade
disasters. In the aftermath of the October 2012 Hurricane Sandy
that wreaked havoc on the east coast of the United States,
wireless, internet, and home telephone services were knocked out
for days. Therefore, it was decided by Microsoft and Facebook,
along with Telxius, to develop, design, build, and lay a new
cable farther south than existing transatlantic connections.

Work on the new cable, called Marea or "Tide" in Spanish, began
less than two years ago and Microsoft says the project was
completed three times faster than a typical undersea cable
project. The route for the cable required the surveying of the
seabed to depths of up to 11,000 ft (3,300 m) to avoid hazards
that include active volcanoes, earthquake zones, and coral reefs.

Marea consists of eight pairs of fiber optic cables encased in
copper, a hard-plastic protective layer, and a waterproof
coating. The whole thing measures 1.5 times the diameter of a
garden hose and is buried in a set of trenches close to shore to
protect it from fishing nets and anchors, but lies open on the
seabed in the mid-ocean.

Marea is expected to go operational early next year when it will
carry up to 160 terabits of data per second, which is 16 million
times faster than the average home internet connection. This is
the equivalent to 71 million high-definition videos streaming
simultaneously and will allow the cable to serve hubs in Africa,
the Middle East, and Asia. In addition, its open design will
allow it to be upgraded as demand grows.

"Marea comes at a critical time," says Brad Smith, president of
Microsoft. "Submarine cables in the Atlantic already carry 55
percent more data than trans-Pacific routes and 40 percent more
data than between the US and Latin America. There is no question
that the demand for data flows across the Atlantic will continue
to increase and Marea will provide a critical connection for the
United States, Spain, and beyond."

Image: Route of the Marea cable between Spain and Virginia ... 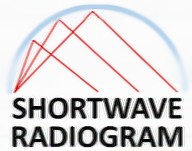