"IBC DIGITAL" in MFSK32 will be at the end of each broadcast. 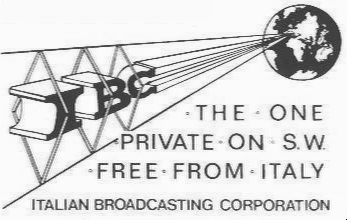 The Panama Canal has marked the 2,000 transits of the expanded
Neopanamax locks as more and more bigger ships are replacing
older Panamax vessels on the route.

Welcome to program 16 of Shortwave Radiogram.

Here is the lineup for today's program, all in MFSK32 except for
one item in Thor 22, as noted below:

Jacques Dubochet, Joachim Frank and Richard Henderson have won
the Nobel Prize for chemistry for their work to simplify and
improve the imaging of biomolecules.

The Royal Swedish Academy of Sciences announced the award
Wednesday along with its $1.1 million prize.

The scientists developed a way to generate three-dimensional
images of molecules, which the academy said has brought
biochemistry "into a new era."

"Researchers can now freeze biochemicals mid-movement and
visualize processes they have never previously seen, which is
decisive for both the basic understanding of life's chemistry and
for the development of pharmaceuticals," the academy said.


An example of the cryo-electron microscopy is this image of
atomic structure of the protein complex that governs circadian
rhythm ... 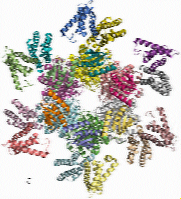 Another example of cryo-electron microscopy is this image of the
Zika virus ... 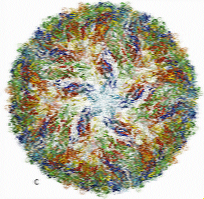 
From the BBC Media Centre:

The new services are available online and on social media, with a
Telugu TV bulletin, BBC Prapancham, also starting tonight. This
will be broadcast on Eenadu TV Andhra Pradesh and Eenadu TV
Telangana.

This forms part of a significant BBC investment in India,
including an expanded news bureau in Delhi with 2 new TV studios.
The Delhi bureau is now the BBC's largest outside the UK. It will
become a video, TV and digital content production hub for the
whole of South Asia.

This follows a huge talent drive in India, with the BBC
recruiting more than 150 new journalistic staff from across the
country.

Director-General of the BBC, Tony Hall, is in India for the
launch of the services. Speaking from Delhi, where he was
officially opening the BBC Bureau, he says: "I'm delighted to be
in India to mark such a significant milestone for the BBC. For
decades, audiences in India have trusted the BBC to bring them
impartial, independent news, and today millions more have the
chance to access the BBC in their own languages.

"We know the BBC is already held in great regard and affection
across India, and we want to bring BBC News to new audiences,
particularly the next generation of news consumers. We've
recruited amazingly talented new journalists from across India,
and it's been an honour to meet many of them today.

K.Bapineedu, CEO of Eenadu TV Network, says: "The BBC has
established its brand name as a credible news channel across the
globe. The initiative from the BBC, to produce international
stories with a global perspective in the Telugu language and to
be broadcast on the ETV Network, will add value to our existing
endeavour of reaching the Telugu audience with the highest reach
and authenticity."

Kartikeya Sharma, Founder and Promoter of iTV Network, the owner
and operator of India News, says: "The BBC is known for its
well-researched and unbiased content, which will now reach our
viewers in a language and format they can easily comprehend.
India News is acknowledged as a channel that captures the pulse
of the nation and promotes a brand of direct and responsible news
coverage. With the coming together of the two, our viewers can
look forward to getting a global perspective on stories of
international significance from networks they can trust."

The investment in India comes as part of the BBC World Service's
biggest expansion since the 1940s, made possible by £291m
investment from the UK Government. The BBC has already launched
news in Pidgin, Afaan Oromo, Amharic, Tigrinya and Korean, with
services in Yoruba, Igbo and Serbian to follow.

TV news bulletins in Marathi will be broadcast later this year,
with Gujarati following next year. Downloadable English language
learning modules will also be available via our sites. News in
the four languages is also available on Facebook, Instagram,
Twitter and YouTube.

BBC World Service delivers news content around the world in
English and more than 30 other languages, on radio, TV and
digital, reaching a weekly audience of 269 million. As part of
BBC World Service, BBC Learning English teaches English to global
audiences. For more information, visit bbc.com/worldservice 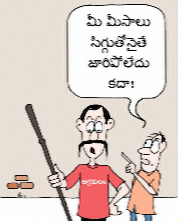 
This is Shortwave Radiogram in Thor22

The 60th anniversary of the launch of Sputnik 1, Earth's first
artificial satellite, [was] Wednesday, October 4. The Soviet
Union heralded the launch as a national triumph, and the space
race between the USSR and the US began. Sputnik 1 was fairly
basic — a sphere with four antennas that transmitted a 1-W
signals on 20.005 and 40.002 MHz, putting it within the range of
nearly any radio amateur, and WWV halted its nighttime 20-MHz
transmissions to avoid interfering with the satellite's signal.

The Russian-language Radio magazine earlier had published
articles on the proposed telemetry system and intended downlink
frequencies. An English-language version subsequently later
appeared in QST. The US also had revealed its intention to launch
a satellite during the International Geophysical Year 1957 — but
the USSR was the only country to do so that year; Explorer 1 was
not launched until January 31, 1958.

A 58-centimeter diameter polished metal sphere, Sputnik 1 could
be seen from Earth, orbiting the planet about once every 96
minutes. It had no stabilization system. Two aluminum casings
bolted together with a seal created an airtight housing for the
two transmitters plus temperature and pressure sensors.

Scientists studying it gained information about such things as
the density of the upper atmosphere, deduced from orbital drag.
The propagation of its signals also helped to better understand
the ionosphere.

Thanks to Jim Linton, VK3PC


Image: For comparison, we will now transmit the same image of the
Sputnik satellite, but now in MFSK32 ... 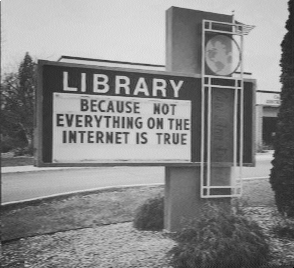