It's always something. The lastest disaster in North America is
the California wildfires. The smoke might eventually reach Europe
...


Welcome to program 17 of Shortwave Radiogram.

The US president has suggested the government consider revoking
broadcast licenses for outlets running stories critical of his
administration. Some warned that freedom of speech is under
threat.

A combative US President Donald Trump took to Twitter on
Wednesday to launch another attack against US media outlets,
suggesting that the US government should contemplate revoking
their broadcast licenses. It was not the first time Trump has
made statements criticizing freedom of the press. The actions he
mentioned do not fall under the direct purview of his
administration.

Trump kept up his criticism of the media in an appearance later
on Wednesday with Canadian Prime Minister Justin Trudeau, saying,
"It is frankly disgusting the press is able to write whatever it
wants to write."

@realDonaldTrump: With all of the Fake News coming out of
NBC and the Networks, at what point is it appropriate to
challenge their License? Bad for country!

@realDonaldTrump: Network news has become so partisan,
distorted and fake that licenses must be challenged and, if
appropriate, revoked. Not fair to public!

In the past, the president has suggested jailing journalists,
loosening libel laws and asked why the US Senate Intelligence
Committee is not investigating media outlets for publishing "fake
news" rather than looking into his campaign team and
administration's possible ties to Russia meddling in the US
election. He also threatened and maligned reporters and news
outlets and blocked access to those reporting unfavorably about
him and expanded access to those whose coverage was favorable.

Taking aim at the fourth estate

Freedom of speech is guaranteed in the First Amendment of the US
Constitution, which prohibits the government from "abridging the
freedom of speech, or of the free press." The Federal
Communications Council (FCC) is tasked with issuing broadcast
licenses to individual broadcast stations but not individual
media outlets. While its five commissioners are appointed to
5-year terms by the president and confirmed in Senate hearings,
the commission operates independently of the White House and has
Republican and Democratic members.

FCC Commissioner Jessica Rosenworcel, a Democrat, tweeted
Wednesday that Trump would not be able to revoke a license for
NBC.

Wednesday's comments came after US media corporation NBC
published reports that Trump requested a tenfold expansion of the
US nuclear arsenal during a meeting at the Pentagon. The NBC
report said, "According to the officials present, Trump advisors,
among them the Joint Chiefs of Staff and Secretary of State Rex
Tillerson, were surprised."

Trump disputed that he wanted to increase the number of nuclear
weapons in the US arsenal.

"It's got to be in tip-top shape," Trump told reporters in the
Oval Office on Wednesday. "Right now we have so many nuclear
weapons, I want them in perfect condition, that's all I've ever
discussed."

US Secretary of Defense Jim Mattis supported the president and
called NBC's reporting "erroneous" and "irresponsible."

NBC had also previously reported that the secretary of state had
referred to Trump as a "moron," after the president left the same
meeting. That report also raised Trump's ire, setting off a chain
of events in which he demanded that NBC "issue an apology to the
America," and Tillerson was forced to hold an unusual press
conference in which he refused to say whether he had actually
used the term.

Who decides what is fake news?

Trump initially lashed out about the nuclear arsenal story in a
tweet labeling NBC "fake news," calling the story, "Pure fiction,
made up to demean. NBC=CNN!" CNN was the first media outlet that
Trump singled out with the fake news moniker. The term, which was
originally used to designate knowingly false stories designed to
sow confusion and spread disinformation. During the 2016
presidential election, Trump used the term - often without any
evidence to back up his claim - to describe unfavorable coverage
of his campaign. He has continued to do so while president.

@realDonaldTrump: We had a great News Conference at Trump
Tower today. A couple of FAKE NEWS organizations were there
but the people truly get what's going on. [12 Jan 2017]

Press freedom on the slide?

@RSF_en: What's bad for our country is @POTUS proposal to
challenge media licenses in full violation of the First
Amendment https://t.co/8uQ2LMIimP

Reporters Without Borders (RSF), for instance, has said that
freedom of the press in the US was already under threat during
the George W. Bush and Barack Obama administrations, due to both
president's use of the 1917 Espionage Act to jail whistleblowers
and leakers, but that the situation has deteriorated since Trump
took office. The United States ranked 43 of the 180 nations
surveyed in RSF's 2017 World Press Freedom Index. In 2016 it was
ranked 41. 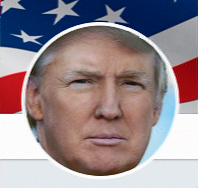 The Russian Justice Ministry has warned Radio Free Europe/Radio
Liberty that it may impose restrictions on some of the
broadcaster's operations in Russia and Ukraine's annexed Crimea
region in response to what Moscow claims is pressure on Russian
state-funded outlets in the United States.

The ministry said in a letter dated October 9 that the operations
of Current Time television, the Russian-language network run by
RFE/RL in cooperation with Voice of America, fall under Article 2
of Russian law on NGOs and foreign agents, and that Russia
therefore retains the right to impose restrictions on Current
Time.

"The activity of your organization may be subjected to
restrictions envisioned in the legislation of the Russian
Federation," the statement, signed by ministry official Vladimir
Titov, said.

"Current Time, Radio Svoboda, the Crimean Desk of the Ukrainian
Service, and Idel Realii are journalistic organizations. We trust
we will be able to continue our work," RFE/RL Vice President and
Editor in Chief Nenad Pejic said in a statement in response to
the letter.

U.S. law enforcement agencies have been looking into the
operations of at least two Russian media outlets -- the satellite
TV channel RT and the news website Sputnik.

Funded by the Russian government, RT was accused in a U.S.
intelligence report of being one of the primary channels through
which the Kremlin sought to influence the 2016 U.S. presidential
election.

Since then, calls have grown in Washington to force RT and
Sputnik to register under a 79-year-old law initially aimed at
restricting Nazi propaganda. During the Soviet era, some
Russian-language media, including the newspaper Pravda and the
wire agency TASS, registered as foreign agents.


On 10 October, Radio Prague reported on the start of the
"four-day 2017 Signal Festival, an annual light show in Prague,
billed as the biggest cultural event in the Czech Republic. The
festival, which began in 2013, celebrates light art, with various
dazzling installations from a variety of global artists wowing
visitors around the capital."

An example from the Signal Festival in Prague ... 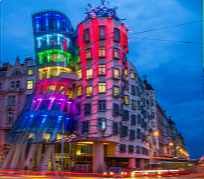 A major story this week is the devastating wildfires in
California. The Deutsche Welle website provides several images of
the fires and their destruction, including this shot of fire
retardant being dropped in the area ...

Radio Caroline Getting Permanent Perch in MW AM Band

Radio Caroline, the latter-day incarnation of the famous
shipboard pirate radio station that beamed rock music to the UK
in the 1960s and 1970s, has obtained a license to operate
permanently on 648 kHz at 1 kW ERP. A transmitter imported from
Europe has been undergoing necessary modifications to suit the MW
frequency, which falls between the 10-kHz-spaced AM Standard
Broadcast Band frequencies in the US.

"It's taken Radio Caroline 53 years to get an AM license, and it
was perceived as a threat to the BBC for many years," Radio
Caroline says on its website. "Ironically 648 kHz was best known
for transmitting the BBC World Service in English." BBC dropped
that service in 2011. "The basis of our application was that our
traditional heartland was Essex and Suffolk, where the signal
from our ships made first landfall, and that we wished to
entertain on AM, an audience that we have not been able to serve
in this way since 1990."

Telecoms regulator Ofcom granted the Radio Caroline last May. The
station had hoped to be on the air this past summer, but it
announced on October 5 that getting the new facility up and
running has been proving more difficult than anticipated, mainly
owing to extensive required paperwork and obtaining necessary
certifications to construct the station.

"We know that people are as keen to see our new service commence,
as are we," Radio Caroline's Peter Moore said on October 5.
"There was a romantic notion that we 'might just' get on air by
August 14, and indeed, this was tried but it was not possible."
Moore said Radio Caroline was eager to get on the air as soon as
possible.