Several good videos of reception at the KBC Facebook page,
including this of an SDR tuned to 9400 kHz ...

Welcome to program 18 of Shortwave Radiogram.

Today's program is produced in the ISO-8859-5 character set to
accommodate the excerpt of Russian text later in the show. Please
adjust Fldigi: Configure > UI > Colors & Fonts > change Rx/Tx
Character set to ISO-8859-5. Unfortunately, in Android, TIVAR and
AndFlmsg allow only the UTF-8 character set, so the Russian text
will not be visible.

US Worried About Dwindling Independent Media in Hungary

BUDAPEST, HUNGARY - The top U.S. diplomat in Hungary raised
concerns on Tuesday about the dwindling numbers of independent
media outlets in Hungary and the growing influence of government
allies in the media market.

David Kostelancik, the charge d'affaires at the U.S. Embassy,
said that while there is independent media in Hungary, the
publications "face pressure and intimidation."

"Government allies have steadily acquired control and influence
over the media market without objection from the regulatory body
designed to prevent monopolies," Kostelancik said in a speech at
the Hungarian Association of Journalists. "Negative trends in the
sphere of press freedom in Hungary ... are continuing."

He also said that journalists at publications run by allies of
Prime Minister Viktor Orban weren't able to publish articles
critical of the government and mentioned how the government uses
publicly-funded ads to support pro-government media while placing
few ads in independent outlets.

Kostelancik also criticized the publication of a list of
journalists working for foreign publications who were branded by
pro-Orban media as "propagandists" of Hungarian-America financier
George Soros, whom Orban considers as one his main ideological
foes.

"My president is not shy about criticizing the media when he
believes reporters get it wrong or show bias, and he is
forthright in sharing his own perspective and advocating for the
policies he supports," Kostelancik said. "He criticizes news he
believes is biased or inaccurate in order to try to change the
narrative."

"In the finest traditions of our free press, those on the
receiving end of his criticism are quick to respond and make
their argument about why they think the president is wrong," he
continued. "As they often point out, not every criticism of the
government is 'fake news.'"

Orban recently said that media outlets supposedly under the
influence of Soros and the leadership of the European Union were
among his party's main opponents before next year's elections.

Last year's abrupt closure of the left-leaning Nepszabadsag daily
newspaper, the ownership by pro-Orban businessmen of nearly all
major daily newspapers published outside Budapest and the
increasing difficulties faced by journalists seeking to access
public information at state agencies have also raised concerns.

Image: A man holds up the last printed edition of
Nepszabadsag during a demonstration organized to express
solidarity with the Hungarian political daily Nepszabadsag in
Budapest, Hungary, Oct. 8, 2016 ... 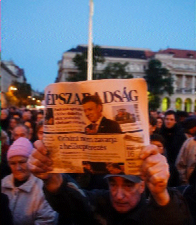 The following is an excerpt of Russian Cyrillic text from the
Deutsche Welle Russian website. It will display in Fldigi if
the ISO-8859-5 character set is selected. It will not display
on Android devices using TIVAR and AndFlmsg because UTF-8 is
the only available character set:

The amateur radio media were out in force on Wednesday, October
18 for the opening of premises for the new London BBC Radio Group
G8BBC located on the roof of Broadcasting House

The premises are a small room tucked in the roof of Broadcasting
House affectionately known as "Askey's Flat" after the imaginary
flat in Broadcasting House inhabited by Arthur Askey, Richard
'Stinker' Murdoch and a goat in the popular BBC radio show Band
Wagon (1938-40).

The club room with its well equipped radio station was officially
opened by BBC Director General Lord Tony Hall of Birkenhead who
used the G8BBC station to send a greetings message to GB2RN on
HMS Belfast which is moored on the Thames.

The call sign G8BBC was originally held by the Ariel Radio Group
BBC Club and has been adopted by the newly formed London BBC
Radio Group
http://www.bbceng.info/Operations/transmitter_ops/Reminiscences/Arielradio/ariel_radio_group.htm 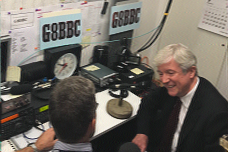 
The November 2017 of QST, monthly magazine of the American Radio
Relay League, includes a review of the new Icom IC-R8600 wideband
receiver. Icom America has made this review available as a free
download. You can find links to the QST review and to a review by
Dave Zantow, N9EWO, here:
https://swling.com/blog/2017/10/download-the-arrl-review-of-the-icom-ic-r8600/

The Deutsche Welle website recently (18 October) provided the
mountain photos of the year, including this:

"In January 2017, Sergio Tapiro Velasco was 12 kilometers from
the Colima volcano in Mexico when it erupted: 'I suddenly heard a
big loud bang, then I saw the hot lava flow down the mountain and
the giant ash cloud that rose to the sky.' He reacted quickly and
snapped this shot, which won him the main prize at the
International Mountain Summit photo contest." ... 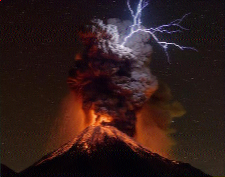 
On 12 October, the Deutsche Welle website also offered a
collection of photos entitled "Autumn: when trees prepare for
winter." One example:

"Carotenoids give leaves their golden or orange colors.
Anthocyanins make them red or purple. But you can only see those
vivid colors when the deep green stops cloaking all of the
others."