Welcome to program 19 of Shortwave Radiogram.

PASADENA, CALIFORNIA - Robert Salazar has been playing with
origami, the Japanese art of paper folding, since he was 8 years
old. When he sees a sheet of paper, his imagination takes over
and intricate animals take shape.

"Seeing the single uncut sheet, it has everything you need to
create all of the origami that have ever been folded. It is all
in the single sheet so there is endless potential," Salazar said.

The endless potential of origami, folding a single sheet of paper
into an intricate sculpture, reaches all the way to space.

Salazar's 17-year experience with origami is appreciated at
NASA's Jet Propulsion Laboratory. As a contractor and intern,
Salazar is helping create objects that may one day be used in
space exploration.

"Origami offers the potential to take a very large structure,
even a vast structure, and you can get it to fit within the
rocket, go up, then deploy back out again. So it greatly
magnifies what we are capable of building in space," Salazar
said.

Folding a large object into a relatively small space is not a
simple task.

"A big challenge in origami design in general is that because all
of these folds share a single resource, which is a single sheet
... everything is highly interdependent, so if you change just
one feature it has an impact on everything else," Salazar said.

"One of our guide stars really is keep it as simple as can be,"
said Manan Arya, a technologist at NASA's Jet Propulsion
Laboratory. "Don't add unnecessary complexity because every piece
of complexity, every piece of hardware you add, that ends up
being another potential point of failure."

Folding an object the size of a baseball diamond so that it could
fit into a rocket is the goal of a NASA project called Starshade.

Once it opens in space, Starshade would allow a space telescope
to better see the planets around bright stars.

"Seeing an exoplanet next to its parent star is like trying to
image a firefly next to a search light, the searchlight being the
star," said Arya, who is working on the Starshade project.
"Starshade seeks to block out that starlight so you can image a
really faint exoplanet right next to it."

Origami is also used in designing a robot called the Pop-Up Flat
Folding Explorer Robot, or PUFFER. It has a body that can fold
itself flat and roll under small spaces. PUFFER has been tested
on desert terrains and snowy slopes. It may one day end up on a
mission to another planet.

"It [PUFFER] is to explore environments otherwise inaccessible to
a robot that could not fold itself to fit inside these cracks,
[to] explore cave systems, could be other planets, even on our
own," Salazar said.

Another application for space origami design is to pack an
antenna into satellites the size of a briefcase, called CubeSats.

"The bigger the antenna you have, the more gain your antenna has,
so it is useful to have a big antenna that gets packaged into
this tiny space that unfolds out to be a large antenna. The
biggest CubeSat antennas right now are about half a meter," Arya
said.

Twitter is banning two of Russia's biggest media outlets from
buying advertising amid fears they attempted to interfere with
the 2016 US election.

The ban on advertising from Russia Today (RT) and Sputnik, and
all linked accounts, was "effective immediately".

US authorities say both act as "a platform for Kremlin
messaging".

The social media giant will donate an estimated $1.9m (?1.4m)
made from the outlets into research on Twitter's use in "civic
engagement and elections".

Twitter said the decision "was based on the retrospective work
we've been doing around the 2016 US election and the US
intelligence community's conclusion that both RT and Sputnik
attempted to interfere with the election on behalf of the Russian
government".

The statement, published on the social media platform's blog,
continued: "We did not come to this decision lightly, and are
taking this step now as part of our ongoing commitment to help
protect the integrity of the user experience on Twitter."

The decision has provoked an angry response in Russia, with the
country's foreign ministry accusing Twitter of bowing to pressure
from the US intelligence services, saying the move was "another
aggressive step" aimed at blocking Russian media in the US.


It added "retaliatory measures" would follow, according to RIA
Novosti news agency [in Russian],

Meanwhile, responding to the allegations, RT's deputy
editor-in-chief Kirill Karnovich-Valua said the outlet "has never
been involved in any illegal activity online, and that it never
pursued an agenda of influencing the US election through any
platforms".

His comments followed those of RT editor-in-chief Margarita
Simonyan, who used Twitter's own platform to accuse the social
network of pushing them to "spend big" during the election.

Twitter is one of a number of companies keen to show they can
self-regulate after it was found that Russian-backed groups were
exploiting its ad platform.

Russia has repeatedly denied claims that it interfered in the US
elections.

The Citizen Tribune newspaper in Tennessee recently reported that
a newly re-opened RadioShack store in Jefferson City has
partnered with the Lakeway Amateur Radio Club (LARC) to offer
licensing classes. Manager Reed Freers also created a new
addition to the store, which he has described as the "Makers'
Space," the newspaper said.

This open area of the store will be home to classes in such
subjects as soldering, using drones, setting up a Facebook page,
and configuring and using a smartphone.

"These types of programs were dropped by Radio Shack years ago,"
Freers told the newspaper. "Now we have the opportunity to bring
them back. We have to get to the next generation. RadioShack will
die out if we don't get to them."

The bankrupt RadioShack has closed its company-owned retail
outlets. Freers' store was among the last to go dark. He was
given the opportunity to reopen as a franchise store, however,
and he purchases his stock from a RadioShack distribution center.

Elements of the US Department of Defense (DOD) will conduct a
"communications interoperability" training exercise November 4-6,
once again simulating a "very bad day" scenario. Amateur Radio
and MARS organizations will take part.

"This exercise will begin with a national massive coronal mass
ejection event which will impact the national power grid as well
as all forms of traditional communication, including landline
telephone, cellphone, satellite, and Internet connectivity," Army
MARS Program Manager Paul English, WD8DBY, explained in an
announcement.

During the exercise, a designated DOD Headquarters entity will
request county-by-county status reports for the 3,143 US counties
and county equivalents, in order to gain situational awareness
and to determine the extent of impact of the scenario. Army and
Air Force MARS organizations will work in conjunction with the
Amateur Radio community, primarily on the 60-meter
interoperability channels as well as on HF NVIS frequencies and
local VHF and UHF, non-Internet linked Amateur Radio repeaters.

Again this year, a military station on the east coast and the
Fort Huachuca, Arizona, HF station will conduct a high-power
broadcast on 60-meter channel 1 (5330.5 kHz) on Saturday from
0300 to 0315 UTC. New this year will be an informational
broadcast on Sunday, on 13,483.5 kHz USB from 1600 to 1615 UTC.
Amateur Radio operators should monitor these broadcasts for more
information about the exercise and how they can participate in
this communications exercise, English said.

"We want to continue building on the outstanding cooperative
working relationship with the ARRL and the Amateur Radio
community," English said. "We want to expand the use of the
60-meter interop channels between the military and amateur
community for emergency communications, and we hope the Amateur
Radio community will give us some good feedback on the use of
both the 5-MHz interop and the new 13-MHz broadcast channels as a
means of information dissemination during a very bad day
scenario. 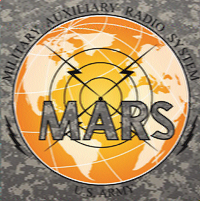 We have time for one image before closing this week's show.

It's Minute Maid Park in Houston, Texas, where the Houston Astros
and Los Angeles Dodgers are playing this weekend in the World
Series, championship of North American baseball. Unless one team
wins all three games this weekend, the best-of-seven series
returns to Los Angeles Tuesday and perhaps Wednesday. 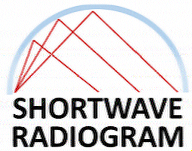