Can it survive long distance shortwave?


Welcome to program 20 of Shortwave Radiogram.

BOULDER, COLORADO - People are big polluters, on the land, in the
sea and even in outer space, that can include anything from a
hammer that floats away from the space station, to radiation from
a nuclear weapons test in the atmosphere.

"This can range from little chips of paint all the way up to
spent rocket bodies and things like that," said Dan Baker,
director of the Laboratory of Atmosphere and Space Physics at the
University of Colorado, Boulder. "We've been trying to figure out
how can we most effectively eliminate this debris without causing
more of a problem."

Space debris travels so fast, even an orbiting chip of paint can
poke a hole in a satellite. But Baker says something tinier, and
natural, is a bigger hazard: It's the highly charged "killer
electrons" of the magnetized zone above the earth called The Van
Allen Belts.

"We've observed them to cause very significant problems for
spacecraft," Baker said.

The doughnut-shaped Van Allen Belts around our planet protect
life on earth from solar winds and cosmic rays. But their highly
energetic charged particles can damage the circuitry in space
stations, weather satellites and other machines that travel
through that region of space.

Baker notes that "killer electrons" can also come from some human
activities, like the atmospheric testing of nuclear weapons.

"Back in the 1950s and especially in the 1960s, there were
nuclear explosions that put huge amounts of radiation into space
that caused many satellites to 'die' because of radiation
damage," he said. "And if that were to happen today, we know that
there are over 1,400 satellites operating in space around the
earth and all of those could be subject to very severe
consequences."

Most nations adhere to treaties that prohibit atmospheric weapon
testing. But Baker says that's no guarantee.

"What is worrisome to us from a political standpoint today is
that there are nations, for example, North Korea and others, that
may be thinking once again, and who may not be adherent to such
treaties, that this might be an interesting way to mess with
modern technology," Baker said.

Radiation particles in the Van Allen Belts already "mess" with
modern technology. So when satellites must spend time in that
region, they are built with thicker materials. That armor makes
them heavier, and more expensive. Fortunately, spacecraft and
satellites that orbit just under the Van Allen Belts don't need
this heavy shielding. Baker says that's because, at the lower
edge of the Van Allen Belts, the killer electrons abruptly stop.

He compares it to the shields that protected Captain Kirk's ship,
the Enterprise, from phasers and asteroids on Star Trek.

Scientists have known for years that something here on the earth
creates an invisible bubble that clears killer electrons from the
lower edge of the Van Allen Belts. Just what makes that shield
has been a mystery.

But recently, Baker's teams figured out its source. The "bubble
maker" is very low frequency radio transmissions, also known as
VLF. Militaries use VLF to communicate with submarines
underwater. It turns out those radio waves also travel up,
through the atmosphere, to the Van Allen Belts.

"So the VLF bubble is made up of these intense waves. These waves
act to sort of scatter and scrub the inner part of the Van Allen
Belts," Baker said, admitting, "I would prefer that we not be
messing with nature. However, in this particular case I would say
that there is some evidence that this is beneficial."

John Bonnell, a researcher at the University of California
Berkeley's Space Sciences Lab, agrees that VLF "pollution" is
probably benign, and he points to the high-energy radiation
emitted by lightning bolts as evidence.

"We've had natural clearing of the radiation Belts with
lightning, for as long as we've had lightning. So in essence,
you've had a long-running experiment that you can look at and
say, 'Well, if we're going to do things on sort of a sporadic
basis, whereas lightning's been doing it daily for hundreds of
millions of years, the likelihood of there being a bad side
effect is pretty minimal,'" he said.

Bonnell says that discovering a man-made way to clear killer
electrons from the Van Allen Belt does not mean we will soon
create "shields up" devices that use magnetics or radio
transmissions. At least, he says, we're not making them yet.

"It's a fascinating possibility and it's a fascinating technology
that could enable us in the future, to explore more of the solar
system with people, with robots. And so it's definitely something
that people pick away at slowly over time," he said.

Bonnell says scientists, engineers and astronomers have teamed up
to make amazing discoveries about how to study, and travel
through, outer space. And while the future shape of space
exploration is a mystery, our new understanding about the
man-made "pollution" that shields satellites may be an important
part of it.

Climate change: World way off track on Paris accord goals

As the United Nations prepares to welcome delegates from across
the world to Bonn on Monday for the two-week COP23 climate
summit, it released a stark warning today.

The national pledges currently on the table by the signatory
countries will only bring a third of the reduction in emissions
required by 2030 to meet global climate targets.

The biggest roadblock is not with national governments, says the
United Nations Environment Program report. Rather, the private
sector and regional governments aren't increasing their climate
action at a rate that would help close this gap.

The Paris goal is to limit global warming to at least under 2
degrees Celsius - and to 1.5 degrees if possible - in order to
avoid catastrophic climate change.

But as things stand, even full implementation of national
reduction targets would still mean a temperature increase of 3
degrees by 2100. The reality could be even bleaker given this
analysis doesn't take into account the United States' intention
to pull out of the agreement.

"This is unacceptable," Erik Solheim, head of the UNEP, said.
"One year after the Paris Agreement entered into force, we still
find ourselves in a situation where we are not doing nearly
enough to save hundreds of millions of people from a miserable
future."

This bleak assessment comes a day after the World Meteorological
Organization (WMO) released a report finding that concentrations
of carbon dioxide in the atmosphere surged at record-breaking
speed last year, to the highest level in 800,000 years.

Globally averaged concentrations of CO2 hit 403.3 parts per
million in 2016, compared to 400 parts per million in 2015,
according to the WMO's Greenhouse Gas Bulletin.

A trio of environmental activists, who were instrumental in
converting an 870-mile (1,400-km) long strip of land that once
marked the border between West and East Germany into a wildlife
refuge, won the German Environmental Prize on Sunday.

They conceived the "Green Belt" project in the 1970s, more than a
decade before the collapse of the Iron Curtain. German President
Frank-Walter Steinmeier praised the project during Sunday's
awards ceremony in the northern German city of Braunschweig.

He called it a great post-Cold War story that capitalized on the
unique environmental conditions in what had become a no-man's
land dubbed the "death strip."

"The 'Green Belt' is now home to countless natural wonders that
have been crowded out in other areas," Steinmeier said.

The winners "called into life a European vision for the 'Green
Belt' and a symbol for overcoming the Cold War," the German
Federal Environmental Foundation said in a statement.

A holiday from humans

The former exclusion area gave nature "a 40-year holiday" since
it had remained largely undisturbed by humans, Frobel said in an
interview with DW.

"We discovered that over 90 percent of the bird species that were
rare or highly endangered in Bavaria - such as the whinchat, the
corn bunting and the European nightjar - could be found in the
Green Belt. It became a final retreat for many species, and it
still is today," he said.

The wildlife preserve is also home to more than 1,200 varieties
of animals and plants that are endangered or close to extinction
- including the black stork, dragonflies and the European tree
frog.

The German project was expanded in 2002. It now covers 12,500 km
of European territory across 24 countries and involves the work
of 150 environmental organizations.

Researchers are in contact with officials in South Korea about
plans to eventually turn the demilitarized zone between North and
South Korea into a similar wildlife refuge.

The duo was honored for their development of new electrical
motors for industrial use that slash energy consumption by up to
50 percent.


Image: The German Green Band along the old border between West
and East Germany ...

Satellite enthusiasts planning to try FT8 or MSK144 via satellite
are being urged to use caution or possibly to avoid digital modes
altogether in light of problems being blamed on the modes' high
duty cycle. Stations have reported problems getting into
satellite transponders, even during favorable passes, which were
traced to digital-mode signals in the transponder passband.

"Experimentation isn't the problem, too much power is," Stevens
said. "It's bad enough on SSB, worse with CW, and killer on
constant duty cycle modes like FT8." 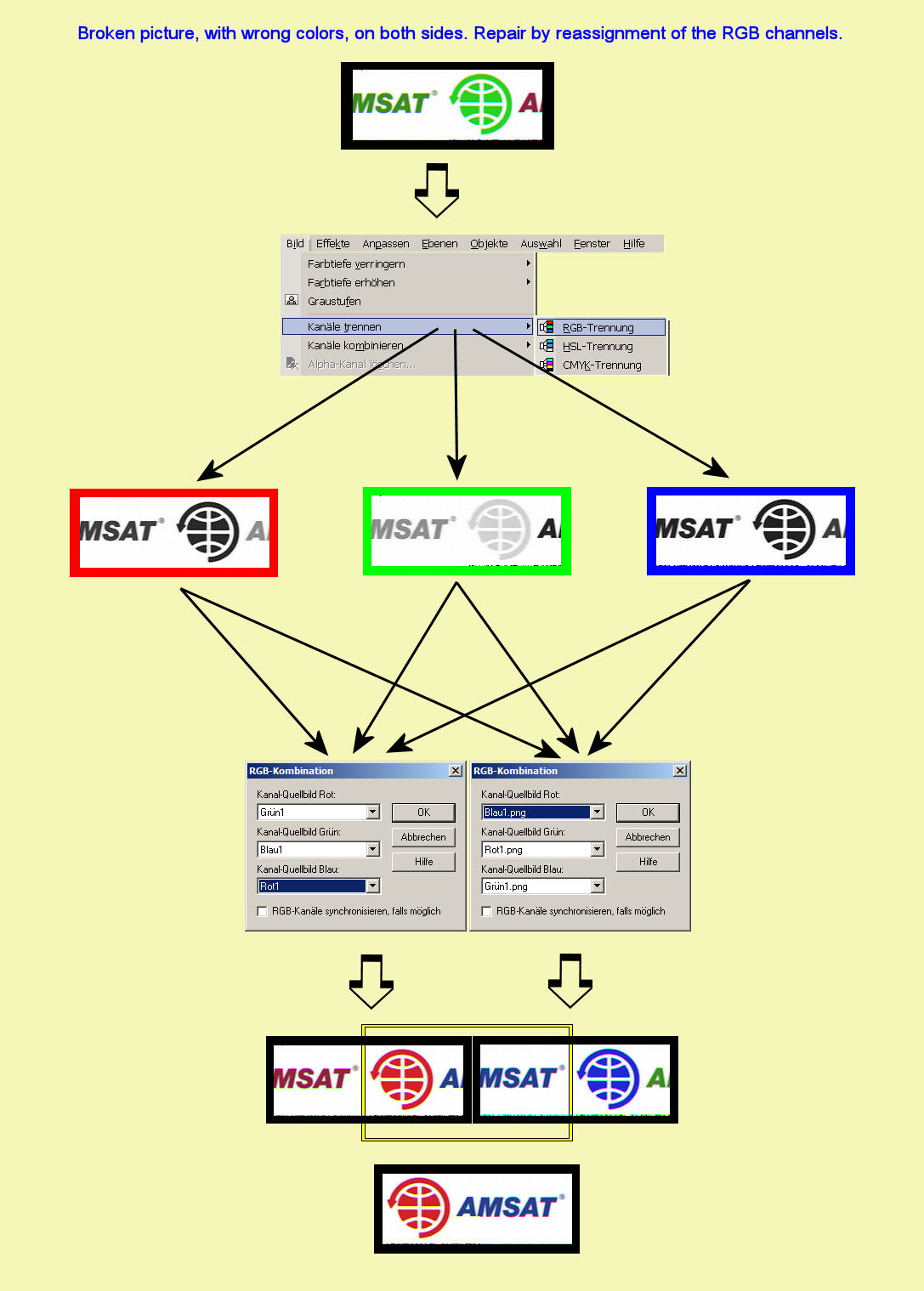