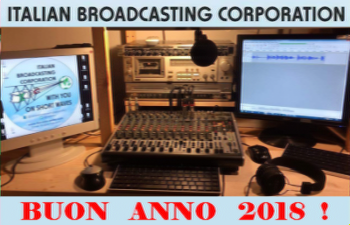 Welcome to program 29 of Shortwave Radiogram.

One Difference Between 2009 vs 2018 Iran Protests? 48 Million
Smartphones

The technology-assisted protests were dubbed the first "Twitter
revolution."

Flash forward to 2018 and technology again is playing a role in
demonstrations sweeping cities across Iran.

But much has changed in the intervening years when it comes to
the communication tools used by Iranian citizens for organizing
and publicizing protests.

Here are some of the main changes:

1. The rise of smartphones has brought more Iranians on to the
internet

In 2009, fewer than 15 percent of Iranians had internet access,
according to the World Bank.

While Twitter was used to get news of the protests out to the
world, it is unclear how much of a role it or any service played
to help organize political actions. Word of mouth, in some
accounts, as well as SMS messaging over cellphones (and just 30
percent of Iranians owned a cell phone) played a larger role than
internet services.

Now, with the advent of smartphones in Iran - about half of
Iranians, or 48 million people, have smartphones. More than 50
percent of Iranians are online.

2. An explosion in messaging options

In 2009, Facebook and Twitter were relatively new with Iranians
accessing the services mostly on their desktop computers.

As the 2009 protests unfolded, the Obama administration asked
Twitter to delay an update that would have taken the service
offline to allow Iranians to continue to use it.

Now, Iranian citizens have a number of ways of receiving and
sending messages – straight from the device they carry in their
pockets.

Of these newer services, the most popular in Iran is Telegram, an
instant messaging service that offers encrypted secret chats and
channels, where people discuss news and current events. By one
count, more than 100,000 Iranian channels are on Telegram.
Facebook's Instagram is the second most popular service.

As the protests continued, the Iranian government shut down
Telegram and Instagram. But other messaging apps give users
options. ...

Indeed, the head of Telegram took to Twitter on Tuesday to
suggest users go to Whatsapp, which "remains fully accessible in
Iran."

Since the 2009 Green Movement, more Iranians have access to
anti-censorship technology, such as VPNs and proxies, servers
that transmit content that can evade government controls.

"Iranian internet users are making use of a wider variety of
circumvention tools that allow for selective access to blocked
resources," said Alp Toker, founder of NetBlocks.org, a digital
rights group.

"This could be down to a more mature understanding of internet
filtering that has developed since the Green Movement protests
after 2009, supported by domestic technical expertise and earlier
initiatives to develop tools for Iran," Toker said. "This
suggests that workarounds for Iran's internet filters have become
a way of life for many mobile and desktop internet users."

With more communication technologies available to Iranians, they
are more regulated and less open than they were in 2009, says
Toker. Mobile devices are more restricted than computers, making
it more difficult to circumvent Iran's internet filters, he
added.

In addition, many Iranians are using outdated iPhone devices and
skipping software security updates, which means they may be more
vulnerable to state-sponsored hacking and surveillance, Toker
said.

Since 2009, the Iranian government has worked to create its own
internet service and restricted content it considers
objectionable on commercial services.

"Iran's own strict regime of internet filters, but also U.S.
sanctions limiting the transfer and sale of technology and
security products, are likely contributing factors that mean the
choke points are still an effective mechanism for mass control,"
Toker said.

On the subject of Iran, here is an excerpt of Persian-language
text from Radio Farda, the RFE/RL Persian service ...

WASHINGTON - American astronauts aboard the International Space
Station told VOA on Wednesday that their excitement about
recently announced plans to restore U.S. manned space missions to
lunar orbit was eclipsed only by their skepticism about the
logistical feasibility of completing the mission within six
years.

"Going back to the moon is a bigger project than a lot of people
think," said Expedition 54 Flight Engineer Scott Tingle, who
joined fellow NASA astronaut Mark Vande Hei at the ISS on
December 19.

Just last month, David Kring, head of the Lunar and Planetary
Institute at the Universities Space Research Association, said
the first unmanned launch in the program to get back to the moon
could come in a little more than a year.

Kring, who was present at Trump's signing ceremony for the new
lunar policy directive, which came 45 years to the day after
Apollo 17's final moon landing on December 13, 1972, said an
unmanned mission to lunar orbit could happen by 2019.

US, Russia to cooperate

Russia and the United States in September agreed to cooperate on
a NASA-led program to build the first lunar space station as part
of a longer-term mission to send humans to Mars. Both countries
said a manned lunar spaceport could be orbiting the moon by 2024,
when the International Space Station program is slated to end.

Speaking with VOA's Russian service via an ISS live-feed
broadcast by NASA's Mission Control Center in Houston, Texas,
Tingle said successfully launching a manned vehicle into
lower-moon orbit by 2023 might not be as simple as it sounds.

"And we can't do that alone," he added. "We're going to need to
do it with international partners. So I do believe the
international partnership will work; I believe it will be
necessary to have a really good product to be able to achieve
success with that mission goal."


Our exotic mode for this program is Thor Micro. It is extremely
slow and it has no RSID. So please manually switch: Op Mode >
THOR > THOR Micro

An RSID will direct your software back to MFSK32 after the Thor
Micro test.

The Thor Micro will begin in 30 seconds. 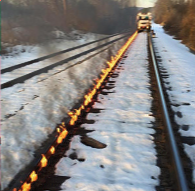 Ella Fitzgerald - Baby, It's Cold Outside