>>> 3Y0Z: BOUVET ISLAND <<<
"We are happy to report that we are on schedule for a January 13 departure
to Bouvet Island, the World's most isolated island and the number two most
wanted DX entity", the 3Y0Z Team announced on 29 December. "All team members
will meet in Punta Arenas, Chile no later than January 10. We will attend a
one and one-half day marine safety course, purchase last minute supplies and
then fly across the Drake Passage to King George Island in the South
Shetlands. There, we will board the newly refurbished Chilean vessel M/V
Betanzos, and begin our 9 to 11-day voyage to Bouvet".
Their plans remain unchanged: "we will have two stations on every open band
whenever humanly possible, gain and directional antennas where possible,
high power stations and a propagation-driven operation. The primary modes
will be CW, SSB and RTTY. FT8 will be utilized if it is the only productive
mode. Anyone preparing to utilize FT8 must read the 3Y0Z FT8 protocol on the
Band Plan page of the DXpedition website (www.bouvetdx.org)".
QSL via Club Log's OQRS (https://secure.clublog.org/logsearch/3Y0Z) for
either direct or bureau requests; traditional cards go via N2OO, direct (Bob
Schenck, P.O. Box 345, Tuckerton NJ 08087-0345, USA) or bureau. You may
include a donation with your OQRS QSL request on Club Log (via PayPal), or
you may include additional funds with your direct mailed QSL card. As for
LoTW, "we will be uploading to LOTW for everyone who requests a direct QSL
card. These will be done in batches during our QSL card processing, as time
allows. A full LOTW upload will be made about 6 months after the end of the
DXpedition".
3B7 - 5-17 April are the dates for the 3B7A DXpedition to the Saint
Brandon Islands (AF-015) [425DXN 1387]. Eight experienced operators
will be QRV on 160-10 metres CW, SSB and RTTY with five stations.
QSL via Club Log's OQRS, LoTW or via F5CWU (direct or bureau). See
http://www.saintbrandondx.com for more information.
5W - Atsu, 5W1SA has been active from Samoa (OC-097) since 1998 (100,000
QSOs so far), and has received special callsign 5W20SAMOA for him
to use throughout 2018 to celebrate his 20th anniversary. QSL via
LoTW and eQSL; paper QSLs "maybe available later" through Club
Log's OQRS if he finds a sponsor.
VQ9 - Jim, ND9M (VQ9JC) is now active from Diego Garcia (AF-006), Chagos
Islands with his new special callsign: VQ920JC. His
operating hours are still limited to 13-16 UTC, as he has to
commute between his ship and his operating location on the island,
then set up and break down each time. Usually he operates mainly CW
on 30, 20 and 17 metres. QSL via home call.


Plenty of snow in the USA, so the neighborhood dogs
built a snowdog ...

Welcome to program 30 of Shortwave Radiogram.

Here is the lineup for today's program, in MFSK32
except where noted:

Norway Strengthens Ties With US as Arctic Heats Up

WASHINGTON - Norway is perhaps best known in the world as the
host country of the Nobel Peace Prize, a distinction fully in
keeping with its record of maintaining peace and prosperity
within its borders.

Yet, beneath the tranquil surface, geopolitical currents are
increasingly beating the shores of the Nordic kingdom of 5.3
million people, which lays proud claim to its Viking heritage.
Those currents are bringing Norway's prime minister, Erna
Solberg, to Washington this week to meet with President Donald
Trump.

According to the White House, Trump and Solberg will discuss
shared defense and security goals within NATO, the global
coalition to defeat Islamic State extremists, and trade and
investment.

"Our basic and main foreign policy priority is, first of all,
maintain our security through NATO; it's very important for my
country to continue to build on the strong cooperation we have
with the United States in areas of security and defense," he
said, adding that the idea of solidarity - at home and abroad -
is important to Norway.

In one of the latest developments, the Norwegian government has
agreed to host 300 U.S. Marines on a six-month rotational basis
for training, a trial that started in January 2017, despite
Russia's openly stated opposition to the arrangement.

The rotating U.S. soldiers will "learn to ski, fight and survive
in Arctic cold," according to the Marine Corps Times.

Although the United States and Norway are both Arctic countries,
the U.S.'s claim to Arctic affinity is limited to Alaska, while
close to half of Norway's land mass and one-tenth of its
population lie above the Arctic Circle - a region of increasing
commercial and political importance as climate change facilitates
navigation and resource exploration.

In a major policy speech in November, U.S. Secretary of State Rex
Tillerson described the Arctic region as "important today …
increasingly important in the future, particularly as those
waterways have opened up."

Tillerson concedes that the United States is "behind all the
other Arctic nations" in paying attention to the region's growing
importance. "The Russians made it a strategic priority. Even the
Chinese are building icebreaking tankers. Now, why are they
building icebreakers? They're not an Arctic nation. Because they
see the value of these passages," Tillerson said.

Aker Arctic Technology, a Helsinki firm specializing in the
design, development, engineering and testing services for
icebreakers, was awarded a contract, valued at about $6 million,
to perform the conceptual and basic design of China's new Polar
Research Vessel, according to the company. China has also ordered
a helicopter to accompany its icebreaker from the Italian company
Leonardo. Both are scheduled to be delivered in 2019.

Meanwhile, Russia has identified several key national interests
in the Arctic, beginning with its use "as a strategic resource
base" providing potential solutions to the task of socioeconomic
development of the country. It also looks forward to using the
Arctic Ocean as a national unified transportation line.


Image: Map of Arctic Norway, including its border with Russia ... 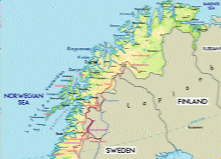 BATTAMBANG, CAMBODIA - The world-famous bamboo railway in
Battambang, which was closed in October last year, has reopened
to the public in a new location.

The railway, popular with foreign tourists, was shuttered as the
government moved ahead with plans to rebuild the country's
northern railroad, built during the French colonial period, that
link Phnom Penh with the Thai border.

Chan Samleng, director of the railroad department, said the
extended railway would open in July.

The old section of the northern railroad had been used by local
villagers for more than two decades to carry people and freight
to the border, as well as taking tourists on short trips in
Battambang.

Chum Nhor, district governor, said the provincial authorities had
cooperated with investors to open the new railway in Banon
district, adding that he believed the new location offered more
potential than before as tourists would be able to travel through
forests, mountains, and caves along the route.

"This is just the first phase. We are going to have more rail
lines [about 24 kilometers] around Banon mountain," he said,
adding that local people would benefit from the new railway as
they could sell produce to passing tourists.

"The tourists can see the natural forests of around 800 hectares
that the community people have protected. Tourists can also see
the bat cave," he added.

Additional trains would be added to the railway at the end of the
month, he said.

The bamboo train, or nori in the Khmer language, is a small
wooden-framed deck that sits on top of two independent axles,
reclaimed from damaged tanks left over from the civil war. Each
cart costs about $500 to build.

The closure of the railway in October has, however, had a
negative impact on some former drivers.

Sorn Bora, 41, who had worked as a bamboo cart driver for more
than a decade, said he would not relocate to the new location as
it was too far from his home and family.

"It is far from my home," said Bora, who now drives a motorbike
taxi to earn a living. He added that the former drivers were
concerned by the safety of the new setup as the railway went up
and down several hills.

"I wouldn't drive there. The road is down and up. I don't dare. I
am afraid of the brakes coming loose and it can cause danger to
the tourists," he said.

Another driver, Pheach Tum, 52, said he would continue to drive a
cart near the old location on a section of railway not affected
by the changes, earning about $5 per day, a drop of 50 percent
compared with his past earnings.

Sorng Te, who oversees tourism at the new site, said bamboo train
drivers there would be paid about $225 per month and given $2.50
a day in dividends by investors.

"It's just getting started. There are not many foreign tourists
yet," he said.

We are only a month past the winter solstice, so there are still
opportunities for reception via both short and long path in parts
of the northern hemisphere. If there is multipath reception, the
following image of three logos of the ABC television network,
might include some interesting "ghosts" ... 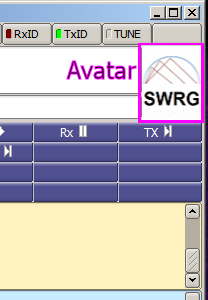 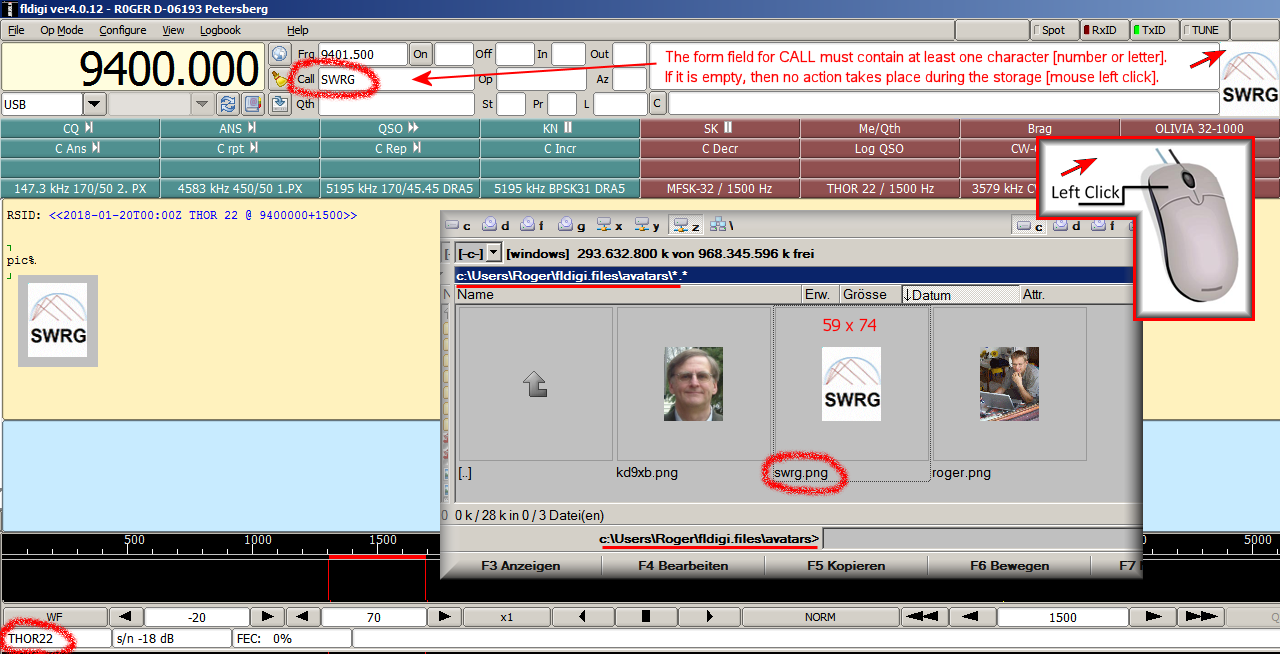 This is Shortwave Radiogram in Thor 22

FEMA Region 10 Communication Exercises Will Make Use of 60 Meters

Federal Emergency Management Agency (FEMA) Region 10 (Alaska,
Idaho, Oregon, and Washington) will conduct a Communications
Exercise (COMMEX) on January 17 and on the third Wednesday of
subsequent months during 2018, 1500-2100 UTC. These exercises
will use the 60-meter channels and will test and exercise
interoperable communication (federal/state/local/tribal/Amateur
Radio) for use during a major disaster in which the conventional
telecommunication infrastructure has been significantly damaged
or destroyed.

FEMA Region 10 will use the call sign WGY910. Other stations that
may take part include, but are not limited to, other FEMA
stations, DHS, USCG, SHARES, DoD, and National Weather Service.
Stations (both federal and amateur) associated with agencies and
organizations that provide response support in accordance with
the National Response Framework are encouraged to participate. 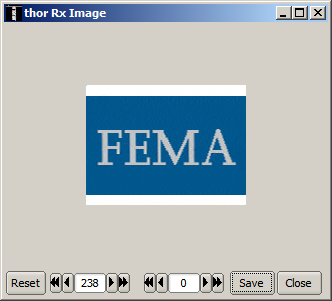 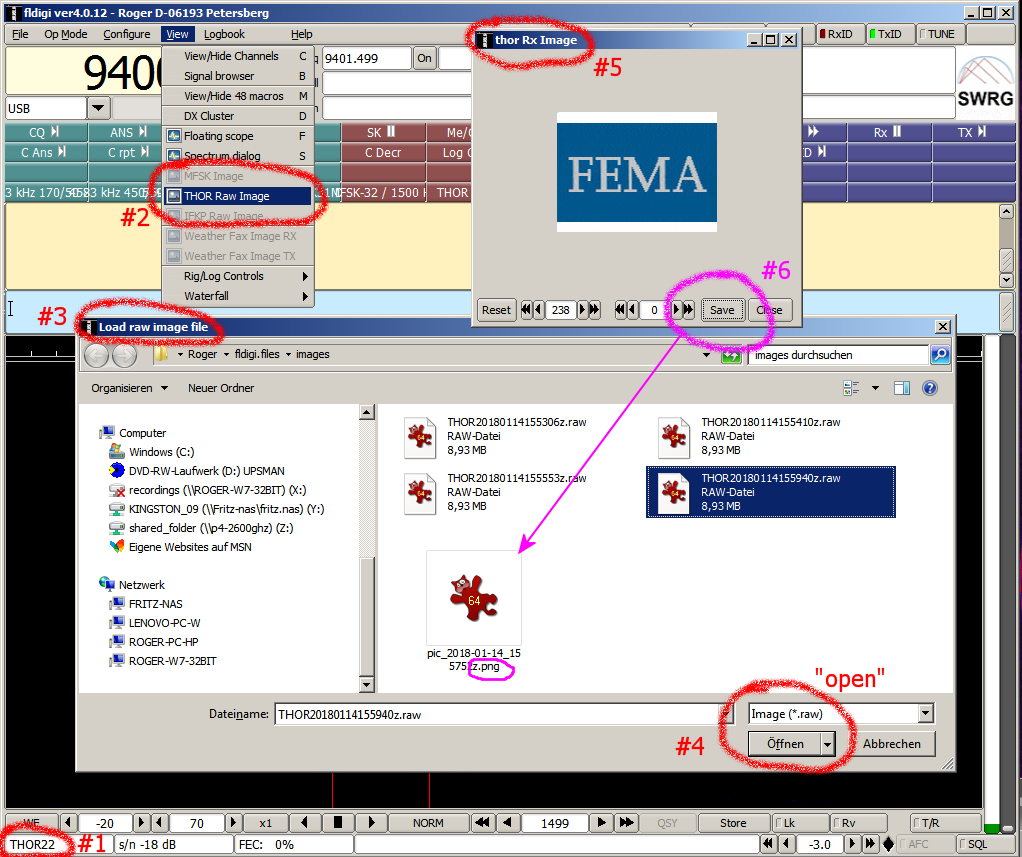 
Next, a winter scene from Nappanee, Indiana, a town that is worth
a visit if you are passing through northern Indiana ... 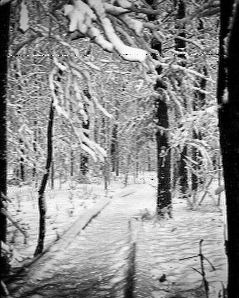 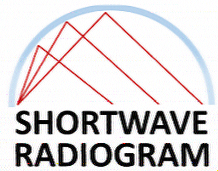