Greetings from the Winter SWL Fest at the DoubleTree Suites in
Plymouth Meeting, Pennsylvania ...

Welcome to program 37 of Shortwave Radiogram.

It's not a high-tech nano-polymer or some new alloy.

With just some chemicals, heat and pressure, researchers at the
University of Maryland have made wood three times denser and 10
times stronger. That means it competes with some of the toughest
materials on the market, according to study co-author Liangbing
Hu at the University of Maryland.

Since the process doesn't require any special raw material, the
product will be relatively inexpensive, Hu said. "We can start
with very cheap wood, and we can also start with very fancy,
expensive wood. But in the end, ultimately we get very similar
performance."

The key to what the researchers call "super wood" is partially
removing a natural polymer called lignin.

"Lignin is like a binder to hold all the components together in
natural wood," Hu explained. "In our process, we found out to be
able to densify the wood completely, we have to remove some of
these binders."

Caustic chemicals strip wood of about half its lignin. Then,
after a day in a hot press, the wood is strong enough to build
cars, airplanes, wind turbines and more with it, according to the
researchers. Their findings are published in the journal Nature.

The researchers say super-strength wood would have less
environmental impact than the steel or metal alloys it could
replace. Their process is not pollution-free, however. It uses
some of the same caustic chemicals involved in making paper.

Hu and his University of Maryland colleague Teng Li have found
unusual uses for this extremely common material. They have made
wood batteries. They made transparent wood and paper, removing
the lignin and replacing it with a clear polymer.

Other scientists are finding remarkable uses for wood.
Researchers at Sweden's KTH Royal Institute of Technology have
made wood-based super-strong fibers for clothing and other
materials. Kyoto University scientists are making plastics with
cellulose nanofibers derived from wood.

"The more we worked on this material, we realized, we have never
fully exhausted the potential of this amazing material," Li said.

On July 9th 2015, less than three years ago, Eutelsat, Airbus,
and the European Space Agency (ESA) signed an agreement for the
construction of a telecommunications satellite called the
"Quantum" that would be very different from all its predecessors.
And now construction is finished: On Monday, the engineering
partners presented the Quantum in the British coastal town of
Portsmouth, with ESA astronaut Tim Peake in attendance.

What is special about the Quantum? It is a so-called "chameleon"
satellite. That means it can quickly adapt and change its
character, at the push of a button - according to the needs of
its controllers.

In concrete terms, this means the controllers can re-target the
signal beams the satellite sends to earth toward specific
geographic regions, as needed. They can also separately change
the strength, frequency, and bandwidth of its signal.

So far: A defined footprint

Until now, conventional communication satellites have had a
rather static build: They each sit in their fixed geostationary
position in orbit, where they receive and broadcast signals on
one or more preset frequencies. They relay the signals back to
earth on a fixed frequency with a fixed signal strength, toward a
predefined geographic footprint.

The footprint looks like a large spot on the map. At the edge of
the spot, the signal is typically somewhat weaker. To receive the
signal near the edge of the footprint, one needs a larger
parabolic antenna. In the center, a smaller antenna is enough –
often a dish less than a meter in diameter suffices.

With the new Quantum satellite, most of these parameters will be
variable. While it too will be in geostationary orbit, it won't
broadcast just one large beam back to earth, but rather, eight
different beams. So it will create eight footprints, each of
which can be controlled separately. The footprints' diameters can
vary from between 600 kilometers in diameter, all the way up to a
size covering a third of the earth's surface. And users will be
able to change each beam's signal strength, bandwidth, and
frequency.

Technically, it would be possible to have a beam follow its
target permanently. For example, it would be possible to reserve
one of the eight beams for communication with a large naval unit,
such as an aircraft carrier led naval battle group. With a
tightly focused beam following the group, the signals could be
received only in relative proximity to the carrier's theater of
operations. This will make it more difficult for adversaries to
intercept communication.

The ability to change the satellite's transmission frequency at
short notice is also a security feature: Should anybody attempt
to disrupt the satellite by sending illicit signals to it, the
user could simply change to another frequency.

In addition to broadcasting on eight separate channels, the
satellite also will be tuned to receive signals from eight
different geographic locations on Earth. This means the satellite
can only be targeted by sending signals from these specific,
defined areas on the planet's surface.

This will make jamming almost impossible. Jamming involves
bombarding a satellite with very strong noise signals at the
frequency it uses to communicate, so that legitimate signals
can't get through. Since the satellite will be able to determine
from where the jamming signals emerge, it can tune those areas
out.

Many features of the Quantum satellite originate in research for
military purposes, and it can be expected that many future users
will come from that domain. However, soon the technology will
also be available to civilian customers.

But that is certainly not going to be the end of the story. More
likely, chameleon satellites similar to the Quantum are going to
become the new standard in communications satellite technology. 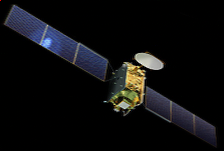 The death of diesel? What the German court verdict could mean

Diesel-guzzling car lovers need not panic just yet - you can
still drive your beloved set of wheels home this evening,
wherever you are.

But Tuesday's ruling by Germany's top administrative court in
Leipzig that diesel bans in cities are legally permissible could
have deep consequences for millions of drivers and businesses in
Germany and the economically critical automobile industry as a
whole.

While any eventual diesel bans will be limited to certain
vehicles, places and scenarios at first, this ruling could
ultimately prove to be a big nail in the coffin of a fuel that
has powered Germans and Europeans for the best part of a century.

Diesel in Germany: A potted history

An American resident, long since used to that country's
preference for gasoline (petrol) cars, might be surprised to
learn that around one third of the more than 45 million cars on
German roads are powered by diesel.

The journey of diesel in its German motherland and in Europe as a
whole has been remarkable. After decades of modest popularity,
the diesel boom took off fully in the 1990s when technological
developments such as turbo-charged direct fuel injection systems
greatly improved performance and softened diesel's dirty image.

Then in the late 1990s, European governments eager to reduce
their CO2 emissions began to spend billions subsidizing diesel,
as it emits far less CO2 than petrol. As well as that, car tax on
diesel vehicles became far cheaper than that on petrol cars.

Cheaper and far more fuel efficient, diesel became a go-to fuel
for drivers in Europe. In 1990, less than 10 percent of new
German cars were powered by diesel. By 2000, it was 30 percent.
By 2007, it was 47.8 percent. Growing concerns over diesel's
severe effects on public health, through nitrogen oxide (NOx) and
particulate emissions, didn't seem to matter back then.

Everything changed with the September 2015 Volkswagen Dieselgate
emissions scandal. With public faith hugely damaged, the last two
and a half years have been filled with little but bad news for
those who love diesel. In 2017, the share of new diesel cars in
Germany fell to 38.8 percent; still very high, but a dramatic
fall from the 47.7 percent figure of 2015.

A ban on diesel cars in German cities would surely accelerate
what is beginning to look like the death of diesel.

Tuesday's ruling does not mean there is now a diesel ban in place
in Stuttgart, Dusseldorf or anywhere else.

However, it does mean that there is now no legal impediment to
German states and municipalities banning all but the very latest
diesel models (those meeting so-called 'Euro 6' standards,
introduced after September 2015) from city centers, something
they will now come under massive pressure to do from
environmental lobby groups such as DUH, whose legal action led to
today's case.

Pressure will also come from the European Commission. Almost 70
German cities heavily exceed EU NOx limits, with Cologne,
Stuttgart and Munich the worst offenders. Germany needs to lower
these levels fast, or else it will face huge EU fines. With
diesel-powered vehicles accounting for more than 40 percent of
total German NOx pollution, they will bear the immediate brunt of
any emissions-reducing measures.

The highly influential German automobile industry is worth close
to €500 billion ($616 billion) to the German economy annually and
employs close to 1 million people directly and indirectly, so car
industry representatives and lobby groups vehemently oppose any
bans.

The German government is understandably wary of upsetting this
group, or indeed the many millions of German citizens currently
driving diesel cars. Nonetheless, with possible EU legal action
looming over Germany's poor air quality, the government may have
little option but to fully endorse and support Tuesday's ruling.

And, finally, this tree in Warrenton, Virginia, that is ready for
spring ...