Welcome to program 39 of Shortwave Radiogram.

** During the second news item (about noise pollution), an
MFSK32 image will be transmitted centered on 2200 Hz,
concurrent with the text centered on 1500 Hz.

To decode the text and image simultaneously, run two instances of
Fldigi. (Turn off the RxID on the second instance.) Or you can
record the broadcast and decode the image later.

The RSID will not be transmitted at the beginning of the image.
However, there will be a 15-second tuning signal to help you
center on the correct audio frequency.

At the end of the text, the image will be transmitted again,
centered on the usual 1500 Hz.

Cities hold tons of materials that can be reused - and
doing so can address over-exploitation of scarce natural
resources. From buildings to electronic waste, we are
surrounded by value. So how does urban mining work?

With demand of natural resources increasing and supply
decreasing, the use of recycled materials is gaining importance.

Mineral resources like concrete, bricks or ceramics can be found
in large quantities in many buildings across countries like
Germany. Metals such as steel, copper, and aluminum, and
materials like plastic, gypsum, asphalt and wood are also
abundant. Household waste is also a major source of valuable
materials.

Urban mining has many advantages over primary mining: the
materials are already in the city where they are likely to be
needed again, so there is no need for long transport routes. And
the environmental impact, particularly in land use, is clearly
lower than mining for natural resources.

Just about everything can be reused

The paint is dried up to make chalk, the rancid oils are
processed into cosmetics, and old devices dismantled to recycle
materials such as paper, plastics, metals or glass, workers
explained to DW.

Buildings, furniture, electrical appliances and old radiators are
just as much part of industrial society's "anthropogenic
deposits" as disused railways, industrial wastelands, underground
cables or that old cell phone forgotten in the depths of your
drawer.

These so-called secondary raw materials can be reused for
commercial and industrial production, thus limiting imports from
abroad, protecting natural resources and the environment.

For recycling experts, a simple car represents a large manmade
stock of raw materials; even a rusty old car has value. The
Internet is full of retailers looking for gears, doors and other
replacement parts. The iron, plastic, glass and metal can all be
sold to make new products. Tires can be processed into road
surfaces or insulating material.

A fortune in waste

"We are surrounded by a manmade stockhouse of more than 50
billion tons of materials," Maria Krautzberger, president of the
German Environment Agency (UBA), said in a statement.

If all industrial infrastructure, buildings, and waste products
were considered as valuable materials, this would represent for
each German citizen: 317 tons of mineral materials, 14 tons of
metal, more than 4.3 tons of wood and 3 tons of plastics.

And this anthropogenic deposit is growing each year by another 10
tons per inhabitant of Germany, according to UBA data.

The value of metals alone in Germany's anthropogenic deposit is
estimated at €650 billion ($800 billion). In an ongoing shift,
those materials are being viewed not as a burden, rather as a
fortune.

Urban mining for a circular economy

"Recycling is a key industry for the way to a resource-efficient
circular economy," Felix Müller, an industrial chemist with UBA,
told DW.

The production of a one-ton car requires 15 tons of primary raw
materials, including mineral ores and fossil fuels.

"Secondary raw materials represent high savings, because they do
not have to be refined - only melted down," Müller explained.

By means of comparison, "To produce one ton of electrical steel
from scrap, only 0.8 tons of primary raw materials are required
and only one-third of the energy input," Müller pointed out.

At least in Germany, that seems to be acknowledged as the way
forward: 30 percent of semi-finished copper and copper casting
production in Germany, for instance, is already produced from
domestic copper scrap, according to the UBA.

Recycling also enjoys high popularity among citizens, and is
often the public preference to plundering natural resources
abroad or shipping large quantities of garbage to Africa or
China.

Backing this up more broadly, circular economy has been
identified as a major target across the European Union. 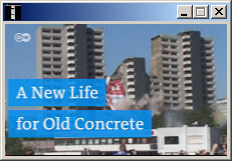 How humans are polluting the world with noise

In the early 20th century, Nobel Prize-winning microbiologist
Robert Koch busied himself with discovering the causes of
infectious diseases such as tuberculosis and anthrax. That he
identified an epidemic that would plague humans - particularly
those in cities - much later is perhaps unsurprising.

"The day will come when man will have to fight noise as
inexorably as cholera and the plague," the German scientist wrote
in 1905.

Back then, Koch would have been more likely to hear the clash of
horse hooves on cobblestones than revving engines on the streets
of Germany's capital Berlin. But within a few years, the city's
famous Potsdamer Platz would become Europe's busiest traffic
junction, with more than 33,000 vehicles roaring through each
day.

From airplanes flying overhead to subways rumbling underfoot, now
few places on earth are free from the cacophony of man-made
sounds. Yet not all sounds are bad.

"Noise is a very widespread environmental factor," Dorota
Jarosinska, from the World Health Organization, told DW. "It's
worthwhile to make a distinction between sounds, because we are
surrounded by some natural and [some] man-made sounds."

It is the sudden, jarring - and oftentimes, painful - "unwanted
sounds," as Jarosinska terms them, that can cause problems for
both humans and animals.

Humans aren't always the source of bothersome racket. Classical
music is likely to be less disturbing to most people than a
pigeon squawking on a windowsill, says Maxie Bunz from the German
Environment Agency.

Still, we generally have positive associations with sounds from
nature - for instance, the sound of the ocean, adds Bunz.

"For that reason, they have less of a negative impact than, say,
a mechanized street sweeper rushing past us," said Bunz.

We sleep with one ear open, so we can quickly wake up and fight
or run in an emergency situation. That means in a world filled
with racket, we're often in a state of alarm. According to
various studies, permanent background noise stresses people out,
leading to high blood pressure, stroke and heart attack.

"Exposure to noise in our living and working environment can
result in serious effects not only on our physical health, but
also on our mental health and well-being," said Jarosinska.

Mammals: A tsunami of sound

The same goes for animals, writes naturalist Charles Foster in
his book Being a Beast. More poet than scientist, Foster works at
the University of Oxford where he researches questions of
identity and personhood.

If we humans get annoyed by constant noise, how must animals
feel?

Although in his book, he tries to put himself into the paws of a
badger.

Foster lived in a badger sett for several weeks, eating worms and
learning to sense the landscape through his nose, rather than
with his eyes.

"It's thought that they may be able to hear ... the rasp of the
earthworms' bristles as they scratch through the earth," he
writes of the badger. "Just think what the obscene tsunami of a
nearby motor vehicle does to an animal that can do that."

Badgers aren't the only animals overpowered by man-made sounds.

Andrew Radford, a professor of behavioral ecology at the
University of Bristol, studied dwarf mongooses in South Africa.
In field trials, his research team presented the small carnivores
with feces samples from their predators, while exposing them to
man-made noises.

Under those conditions, the mongooses lost the ability to sniff
out and adequately respond to potential danger. The noise
distracted them.

The researchers also observed that the animals spent less time
foraging, were less successful at catching prey, and less able to
care well for their young.

Image: Mongooses can be distracted easily by man-made noise,
which endangers themselves and their offspring ... 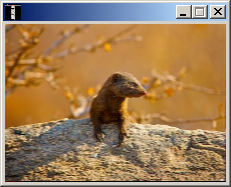 China's twin-launch Chang'e 4 mission to the far side of the moon
will place a pair of microsatellites in lunar orbit this spring
"to test low-frequency radio astronomy and space-based
interferometry." The two satellites, unofficially called DSLWP-A1
and DSLWP-A2 (DSLWP = Discovering the Sky at Longest Wavelengths
Pathfinder), could launch this spring. The pair represent the
first phase of the Chang'e 4 mission, which involves placing a
relay satellite in a halo orbit to facilitate communication with
the Chang'e 4 lander and rover, which will be sent to the far
side of the moon in December. Because the moon's far side never
faces Earth, the satellite is needed to serve as an Earth-moon
relay. The Chang'e 4 mission will be the first-ever attempt at a
soft-landihtdRe far side of the moon.

The two spacecraft also will carry Amateur Radio and educational
payloads, but not a transponder. Developed by students at the
Harbin Institute of Technology, the Amateur Radio payload on
DSLWP-A1 will provide a telecommand uplink and a telemetry and
digital image downlink. Radio amateurs will be able to transmit
commands that allow them to send commands to take and download an
image.

The satellites will piggyback on the Chang'e 4 relay package and
will deploy themselves into a 200 × 9,000 kilometer lunar orbits.
The 50 × 50 × 40 centimeter spacecrafts each weigh about 45
kilograms and are three-axis stabilized. Two linear polarization
antennas are mounted along and normal to the flight direction.
The satellites will use the moon to shield them from radio
emissions from Earth.

Equipped with low-frequency antennas and receivers, the astronomy
objectives of DSLWP-A1 and -A2 will be to observe the sky at the
lower end of the electromagnetic spectrum - 1 MHz to 30 MHz -
with the aim of learning about energetic phenomena from celestial
sources.

The launch is anticipated for May or June on a CZ-4C vehicle,
putting the satellites' deployment about 6 months ahead of the
launch of the Chang'e 4 lander and rover. 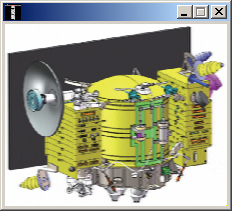 *s/n   =  This is the signal-to-noise ratio of the text-trigger for the image mode in FLDIGI.  The s/n of the image itself cannot be determined.