I have just returned from my hometown of Elkhart, Indiana, where
I attended the meeting of the National Association of Shortwave
Broadcasters ...


Welcome to program 48 of Shortwave Radiogram.

Here is the lineup for today's program, in modes as noted.

Calculations Show Mercury Has a Thin but Dense Crust

Mercury is the closest planet to the Sun, and very little is
really known about this hot rocky orb.

So far, only two space probes have ever studied Mercury.

The flybys allowed scientists to map about half the planet,
discover its thin atmosphere and detect its magnetic field.


The second and more recent NASA mission sent the MErcury Surface,
Space ENvironment, GEochemistry, and Ranging (MESSENGER) probe
to orbit Mercury between 2011 and 2015.

Among the findings made during MESSENGER's mission included
discovering that Mercury was abundant in volatile elements
(potassium, sodium, and sulfur), that there's water ice at its
poles and that volcanism played an important role in shaping the
planet's surface.

Information from MESSENGER also allowed scientists determine
Mercury's massive core makes up 85% of its radius and that its
crust is about 35 kilometers thick.


This is Shortwave Radiogram in MFSK16 ...


MFSK16 is a slow mode: 55 English words per minute. It is,
however, very effective in poor reception conditions. And because
it is a narrow mode, it can be moved to an audio frequency where
interference is less intense.


Next on Shortwave Radiogram, some examples of non-Latin text.

Access to clean water is one of the world's mostpressing
problems, but a team of University at Buffalo researchers has
come up with a new takeon an old technology that uses sunlight
to purify water. Led by associate professor of electrical
engineering Qiaoqiang Gan, the team has created a device that
uses black, carbon-dipped paper to produce fresh water with what
is claimed to be near-perfect efficiency....

Funded by the National Science Foundation (NSF), the Buffalo
still is a surprising advance onprevious devices. Before, the
theoretical upper limit was 1.68 liters (56.8 oz) per hour
per square meter, but the new technology manages 2.2 liters (74.4
oz).

"When you talk to government officials or nonprofits working in
disaster zones, they want to know: 'How much water can you
generate every day?' We have a strategy to boost daily
performance," says team member Haomin Song. "With a solar still
the size of a mini fridge, we estimate that we can generate
10 to 20 liters of clean water every single day." 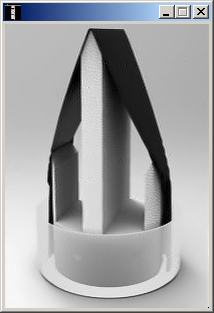 
This is Shortwave Radiogram in MFSK64 ...

After more than 200 years, the British Overseas Territory of
South Georgia is rodent-free. The focus of the world's largest
rodent eradication project taking 10 years and costing £10
million (US$13.5 million), the almost uninhabited South Atlantic
island has officially been declared free of all rats and mice by
Scottish-based charity the South Georgia Heritage Trust (SGHT).

Invasive species are among the biggest environmental headaches.
The deliberate or accidental introduction of foreign flora
and fauna, no matter how seemingly innocuous, can have
devastating results. The effects can range from one species
displacing another to whole regions being ravaged by
out-of-control invaders that strip the land bare of vegetation.

One particularly successful group of invaders are rodents –
especially rats and mice. These omnivorous pests are excellently
adapted to live alongside humans and they have followed our
species wherever we have gone, with the exception (for now) of
space.

A tragic example of this migration is South Georgia. Discovered
and named by Captain James Cook in 1775 on one of his epic
voyages of exploration, it's regarded as one of the world's last
great wilderness areas. It's the home of 98 percent of the
world's Antarctic fur seals and half the world's elephant seals.
In addition, it's host to colonies of four species of penguins –
including 450,000 breeding pairs of King penguins – albatrosses,
prions, skua, terns, sheathbills, petrels, and the endemic South
Georgia Pipit and South Georgia Pintail.

Unfortunately, it was, until now, also home to a thriving horde
of rats and mice, which were brought ashore by sealers in the
18th century and by the whalers who set up a station in the 19th
that remained operational until 1966. These rodents had a
terrible impact on the local birds, which nest on bare ground or
in burrows and had never had to face predators before. Within
decades, the rodents had fed on so many eggs and chicks that
many bird species were confined to tiny offshore islands that the
rats couldn't reach.

To combat this, the SGHT and its US-based counterpart, the
Friends of South Georgia Island (FOSGI), instituted the Habitat
Restoration Project in 2008. By that time, the whaling stations
were abandoned and salvaged and the only temporary inhabitants
were about 20 scientists and occasional visitors from the Royal
Navy's local guard ship, so eradication of the rodents finally
became feasible.

The task of the project was to cover 1,087 km²(419 mi²) – an area
eight times larger than any previous rodent eradication effort
that included some of the harshest, most mountainous
terrain imaginable. A pilot phase of baiting began in 2011,
followed by a second phase in 2013/14 and a third phase in
2015/16. During this time, over 300 tonnes of poisoned bait was
distributed by helicopter and by hand.

This was followed two years later when an extensive six-month
survey of the island was made using chewsticks, survey tunnels,
and three detector dogs with two handlers who covered a walking
distance of 2,420 km (1,500 mi) and1,608 km (1,000 mi),
respectively.

According to the Trust, there are no signs of any rodents going
back two years after the baiting work and the native bird
population is already recovering in some areas.


Image: A scene from South Georgia ... 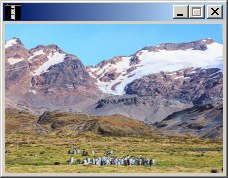 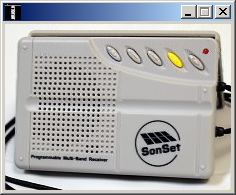 Transmission of Shortwave Radiogram is providedby:

For the next set of stamps, they range from the 1890's through 1931. The same images of US presidents and thel like predominate but other themes, including natural wonders start to make their appearance.

For all of you... I am late getting out E-QSL cards (some of your for multiple episodes), but I wanted to recognize you all now on the show.

And if you are decoding this program... you can also be mentioned in a future episode of the BSR Radiogram. Just send your QSL reports to me at broadspectrumradio@gmail.com.

Now to the pictures, US postage stamps from my collection...


In this first set of stamps from my collection, the time span is from 1861 (during the US Civil war)to 1893 during the Columbian Exposition.

All of the stamps from the USA.

For the next set of stamps, they range from the 1890's through 1931. The same images of US presidents and thel like predominate but other themes, including natural wonders start to make their appearance.