Welcome to program 49 of Shortwave Radiogram.

Thailand's Maya Bay, made famous by the film "The Beach",
will close for four months from June to allow its coral
reefs to recover from rising temperatures and the
environmental impact of thousands of visitors each day.

The bay, on Phi Phi Leh island in the Andaman Sea, was the main
location of the 2000 film starring Leonardo Di Caprio, which
revealed to viewers the stunning beauty of Thailand's turquoise
seas and white-powder beaches, spurring many to visit. Up to
5,000 visitors go to the beach every day, says Thailand's tourism
agency, travelling by speedboat and ferries to Maya Bay, which is
sheltered by 100-meter high cliffs.

The closure from June 1 is a bid to salvage the area's coral
reefs, which have been damaged by warmer temperatures and growing
numbers of tourists. "This is one way to try to preserve our
natural heritage, which is a vital part of our important tourism
industry," said Kanokkittika Kritwutikon, director of the
Tourism Authority of Thailand's office in Phuket.

Tourism receipts make up about 12 percent of Southeast Asia's
second-largest economy, but there has been increasing concern
about Thailand's ability to manage its rapidly growing number of
visitors and the environmental impact of mass tourism.

This year the country banned smoking and littering at 24
beachside locations over environmental concerns. Thailand is
among the world's biggest contributors of ocean waste, posing a
serious threat to wildlife, the magazine Science said in a report
in 2015.

Some in the tourism industry said Maya Bay's closure would have
little impact, however. "There are other places to visit which
are equally interesting," said Geng, 35, a hotel receptionist on
Phi Phi Island, who gave only one name. "June to September is not
high season. I can take tourists to other beaches, like Monkey
Beach and Bamboo Island."

Rising levels of planet-warming gases may reduce key nutrient
levels in food crops, according to a new study.

Rice grown while exposed to carbon dioxide levels expected by the
end of this century had lower levels of vitamins, minerals and
protein than normal, the results showed.

The authors said the impact would be most significant for the
poorest citizens of some of the least-developed countries, who
eat the most rice and have the least diverse diets.

In the study, published in the journal Science Advances,
scientists grew 18 varieties of rice in fields in China and
Japan. They pumped carbon dioxide over the plants to simulate the
atmosphere of the future.

On the other hand, vitamin E levels increased by about 13 percent
on average.

The results are bad news, "especially for the nutrition of the
poorer population in less-developed countries, because this
population depends for nutrition on rice," said study co-author
Kazuhiko Kobayashi at the University of Tokyo.

While research has shown higher temperatures from climate change
and weather extremes will cut food production, especially in the
tropics, scientists are increasingly finding that rising
greenhouse gas levels are a threat to food quality as well.

Earlier studies by Harvard University researcher Sam Myers and
colleagues showed that wheat, maize, rice, field peas and
soybeans grown under high carbon dioxide conditions all had lower
levels of protein and minerals. The scientists estimated that
roughly 150 million people might be at risk of protein or zinc
deficiency by 2050.

It's one example of the surprises climate change has in store,
Myers said.

"If you and I sat down 15 years ago and thought about, 'I wonder
how dumping enormous amounts of carbon dioxide into the
atmosphere will affect our well-being,' I think one of last
things we would have come up with is, 'I bet it will make our
food less nutritious,' " he said.

"My concern is, there are many more surprises to come," Myers
added.

He noted that global pollution, biodiversity loss, deforestation
and land use change, and other human activities are likely to
produce unexpected problems as well.

"You can't fundamentally disrupt all the natural systems that we
have adapted to over millions of years of evolution without
having these ripple effects that come back to affect our own
health and well-being," he said.

The new study suggests a way to minimize the nutritional impact
of climate change.

"Different [rice] varieties showed quite different changes in
response to higher carbon dioxide concentrations," Kobayashi
said. Rice breeders can use these differences to create varieties
that are less affected by greenhouse gas levels, he said. 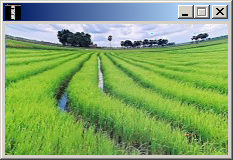 During visits to more than 80 auto dealers in five Nordic
countries, researchers were, more often than not, told not
to buy electric vehicles. Their study calls for clearer
government policies on newer car technologies.

Car salespeople turned consumers off buying electric vehicles
(EVs) during two-thirds of enquiries by a team of mystery
shoppers.

Posing as potential car buyers, researchers from a Danish and
British university made 126 enquiries about EVs at 82 auto
dealerships in Denmark, Norway, Sweden, Iceland and Finland.

In one case, a shopper was told that one electric car would "ruin
you financially," while another was told that it "goes only 80
kilometers per hour (50 miles per hour)," which is less than half
of its true top speed.

"The range of responses included dismissing the electric vehicle
altogether, not including it in the sales pitch, or knowing
nothing about it," the study's lead author Gerardo Zarazua de
Rubens told DW.

In three-quarters of the shopping experiences, the team from
Denmark's Aarhus University and Britain's University of Sussex
weren't even told that the dealership sold electric cars.

Even in Norway, the undisputed leader in sales of electric cars,
salespeople still pushed the mystery shoppers towards gasoline
vehicles in 40-50 percent of cases.

The findings, published in an article in Nature Energy, reveal
that car dealerships could pose a significant barrier to the
global shift towards EVs, amid worsening climate change.

"You could tell immediately where dealerships were very
supportive of electric cars because the vehicles were displayed
prominently," said co-author Lance Noel.

"One on occasion, I walked into a dealer and they had a Nissan
Leaf that was parked in the very corner of the showroom, behind a
van. Even the information about it was behind the car."

Researchers noted that profit motive was likely the main reason
that salespeople steered the researchers towards gasoline and
diesel vehicles.

"Dealers want to make the best and quickest sale and they want to
give consumers the best product. And right now it's much easier
to sell gasoline vehicles" Noel told DW.

Gender and the age of the salesperson also likely played a part,
the researchers surmised.

"An old conservative man maybe doesn't have the same enthusiasm
for electric vehicles as would younger salespeople."

Rather than solely blaming the attitudes of car dealerships, the
researchers said disparate government policies across the five
Nordic nations had likely contributed to the negative responses.

On the one hand, Norway has made giant steps in shifting its
economy towards the use of electric vehicles through a system of
incentives — including subsidies, the use of bus lanes and free
parking.

Last year, more than 50 percent of all new cars sold in Norway
were electric or plug-in hybrids, with dealers reporting that
demand outstrips supply.

But the other four Nordic countries have yet to give EV's
priority over their fossil-fuel equivalents, and Denmark appears
to be moving in the opposite direction, becoming the first
country in the world to tax electric vehicles.

Denmark may be more suited to electric vehicles, due to a more
advanced electric charging infrastructure. But still, the taxing
of EVs has not only put off consumers, during the mystery
shopping enquiries, most car dealers avoided mentioning them at
all, the researchers said.

Despite Finland's more scattered population, colder climate, and
strong commitment to other sources of energy like biofuels,
dealerships were more supportive of electric cars than in
Denmark.

Sweden is somewhere in the middle, because it offers incentives
for electric company cars, but not for private individuals.

"So this has created a lot of disparities in the penetration of
electronic cars in these countries, and I think that was
reflected in the salesmen's approach," de Rubens told DW.

Researcher Noel said despite these countries taking the lead in
moving away from the combustion engine, most of their consumers
are unaware of the benefits of electric vehicles, and remain
addicted to petrol and diesel cars.

"The gasoline orientation of dealers was extremely high across
the Nordic countries, despite them being perceived as more green.
If we carried out the study across the world, it might be even
higher than that."

Image: The "challenge coin" for the Donald Trump/Kim Jong-un
summit, which will not take place on 12 June ... 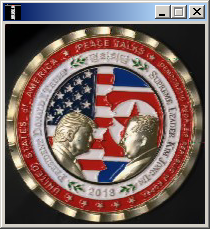 Amateur Radio Transponders on Planned Chinese Satellites to
Include HF

China' s Amateur Radio Satellite organization, CAMSAT, has
released some details of three new Amateur Radio satellites that
could be launched as early as September. Two of the satellites,
CAS-5A and CAS-6, will carry transponders, and one of them will
have HF capability.

CAS-5A/B will launch from the Jiuquan Satellite Launch Center.

CAS-6, a 50-kilogram microsat, will include a VHF CW telemetry
beacon; a U/V mode 20 kHz linear transponder, and AX.25
4,800-baud GMSK telemetry downlink. It will also carry an
atmospheric wind detector and other systems that will operate on
non-amateur frequencies.

A launch at sea is planned for CAS-6 from the China Academy of
Launch Vehicle Technology. The microsat will be placed into a 579
× 579 kilometer, 45° orbit.

CAMSAT has applied to the International Amateur Radio Union
(IARU) to coordinate frequencies for all three spacecraft.

Thanks to AMSAT News Service via AMSAT-UK 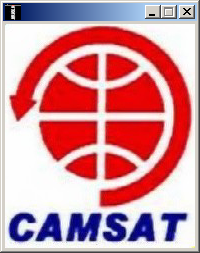 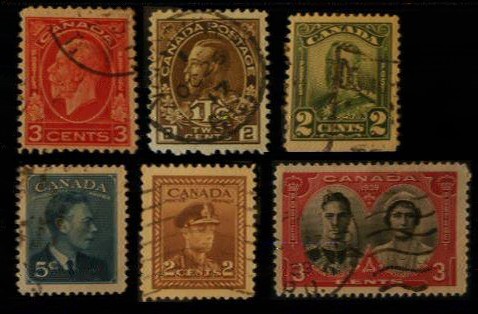 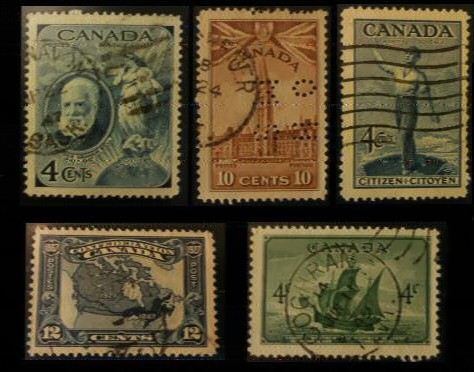 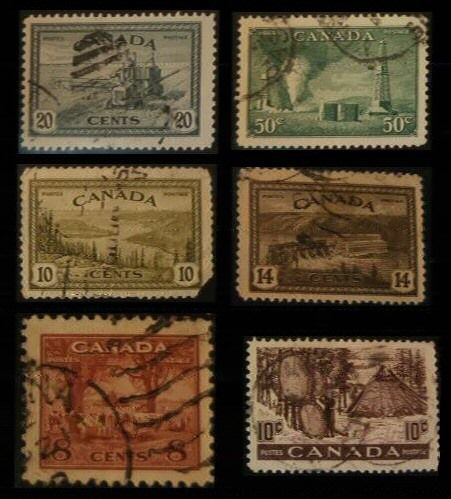 Received stamp images of SWRG-facebook-group members from the US.

(No information about sent texts, no audio or FLDIGI-txt-log-files available)