4X - Four special callsigns are expected to be QRV on 25-29 December
from different locations: 4X19HNY from Jerusalem, 4X2XMAS from
Kfar Nahum (Capernaum), 4X3XMAS from Caesarea and 4X9XMAS from
Latrun. QSL via LoTW and eQSL only.
4X - Several operators from the Holy Land DX Group will be active as
4X0M from the UNESCO World Heritage site of Masada starting around
07.30 UTC on 4 January until around 06.00 UTC on 6 January. They
will operate CW and SSB with two stations on 80-10 metres. QSL via
IK2DUW.
DL_ant - Felix, DL5XL is active again as DP1POL from the German research
station "Neumayer III", Antarctica (AN-016) until February 2019. In
his spare time he operates mainly CW and digital modes. QSL via
DL1ZBO (direct or bureau) and LoTW.
E4 - Elvira, IV3FSG will be active again as E44YL from Palestine on 8-18
December. She will operate SSB, RTYY and FT8. QSL via Club Log's
OQRS or via IK3GES.
JA - Look for JI3DST/6, JS6RRR/6 and JL3YWN/6 to be QRV from Tanega
Island (AS-032) from 26 December to 7 January. Activity will be on
80-6 metres SSB, CW, RTTY, FT8 and FM. QSL via Club Log's OQRS.
JD1_oga- Once again Harry, JG7PSJ will be active as JD1BMH from Chichijima
(AS-031), Ogasawara from 17 December to 2 January. He will operate
CW, SSB and RTTY on 160-10 metres. QSL via JD1BMH (bureau) or
JG7PSJ (direct). See http://sapphire.es.tohoku.ac.jp/jd1bmh/ for
logsearch and other information. He does not use LoTW.
KH0 - Chie, 7L3PFH will be active again as KH0TG from Tinian, Mariana
Islands (OC-086) from 26 December to 1 January. She will operate CW
and SSB on 160-20 metres. QSL direct to JL1UTS.
KL - Mike, K9AJ and Bruce, KD6WW are planning to be QRV from the Yakutat
County Group of Alaska (NA-250, new one for IOTA) on 10-13 May 2019
"+/- local changes". More information is expected in due course.


PJ2 - Anders, SM4KYN will be active as PJ2/SM4KYN from Curacao (SA-099)
from 10 December to 14 January. QSL direct to home call.
S5 - Special event station S511PMC will be active from 6 December to 6
January 2019 to promote the PMC Contest, sponsored by the Radio
Club Slovenj Gradec (S59DCD). All QSOs will be confirmed via the
bureau (see http://www.s59dcd.si/).


Welcome to program 78 of Shortwave Radiogram.

Russia's space agency said two cosmonauts took samples of the
exterior of the International Space Station (ISS) as part of
efforts to resolve the mystery of a small hole found in a Soyuz
spacecraft docked at the station.

The two Russians performed the space walk on December 11, as part
of an effort by Roskosmos to pinpoint the cause of the hole,
which was found in August in the capsule and strained relations
between the Russian and U.S. space agencies.

A live broadcast shown on NASA's website showed Oleg Kononenko
and Sergei Prokopyev trying to cut through insulation of the
spacecraft with a knife, in order to find the external part of
the hole. The materials will be brought back to Earth for further
examination.

The chief of Roskosmos, Dmitry Rogozin, had floated unusual
theories, including that an American astronaut purposely made the
2-millimeter hole in order to return to Earth sooner than
scheduled.

The American commander who was in charge of the station at the
time flatly denied any wrongdoing by himself or his crew.

Rogozin later backpedaled on his statement.

The U.S. space agency NASA, meanwhile, has downplayed the
incident over the puncture, which caused a slight drop in oxygen
but was quickly sealed.

With reporting by AP and Reuters 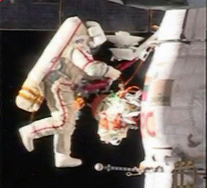 On a chilly windy December 12, in 1901 history was made, or
perhaps "claimed" to have been made.

Italian inventor Guglielmo Marconi said he had received a number
of scratchy clicks on his telegraphy receiving equipment set up
on Signal Hill on the coast of Newfoundland. The clicks-morse
code- were sent through the air without wires. What is unique is
that the signal had been broadcast across the Atlantic Ocean from
Poldhu in Cornwall, England over 3,000 kilometres away.

The repeated sending of the Morse code signal for the letter "S"
was the first wireless trans-Atlantic signal.

Detractors had said such wireless signals could not travel more
than a few hundred kilometres due to the curvature of the Earth,
whereas Marconi believed they would.

Ironically although the signal is alleged to have made it across
the ocean, the detractors were correct. What Marconi and others
at the time could not have understood and what may have happened
was the signal from England was heading to space when it bounced
off the ionosphere and back to earth where Marconi's team, flying
a kite with a 121 metre long copper wire antennae picked it up.
This atmospheric skipping of the signal became known and used
only much later.

However with hefty financial backing he would eventually be able
to send transatlantic signals at a later date and as the concept
of propagation became better understood. Year's later, when
Marconi was awarded the Nobel prize, inventor Nicolas Tesla would
sue over Marconi's use of his patents. It should be noted that
Marconi wireless was used by the Titanic to indicate its distress
and without it, no one would have known and there would have been
no survivors in the vast reaches of the cold mid-Atlantic

However, Marconi's original claim is clouded by some skepticism.

Scientists now point out the test took place during the daylight
when medium wave signals are mostly absorbed by the ionosphere
and not "bounced" which would seriously limit their ability to
travel great distances, especially with the low power technology
at the time.

Only later would scientists come to understand the reaction of
radio signals to the atmosphere, and this bounce or reflection of
the signals.

Marconi also knew what signal to listen for, so it was not a
"blind" test, and scientists now say it would have been extremely
difficult for anyone to detect an actual signal from the
background static, especially after a couple of days of listening
to the static.

Also playing against the claim, is the fact that Marconi was the
only one listening so there is no other "witness".

Lurking in the background also was his need for success in order
to raise capital from investors to further his experiments.

Another doubt is raised by the fact his original receiving
antenna was damaged by a storm hence his efforts to use a long
wire and kite, although the wire moving about attached to the
kite would not have made for a stable receptor.

A technical analysis casting doubt on Marconi's claim was made by
radio and electronics expert John Belrose (PhD) in 1995.

Meanwhile, four days after this "miracle" of wireless
transmission, Marconi will be officially notified by the
Anglo-American Telegraph Company that it will take legal action
against him unless he immediately ceases his wireless experiments
and removes his equipment from Newfoundland.

Anglo-American has a fifty-year monopoly on electrical
communications in Newfoundland starting in 1858, and is
determined to hinder radio telegraphy, which it knows is a
serious threat to its transatlantic electric telegraph business
operated by submarine cables. Marconi soon decides to move his
base of operations to Cape Breton in Nova Scotia.

Although often credited with inventing radio, Marconi actually
never saw the need for voice transmission or "radio" as we know
it. In fact he was not dealing with radio in the modern sense,
rather his interest was entirely focused on the commercial
potential of wireless telegraphy.

His limitations of his "spark-gap" technology soon became
evident and efforts to continue and improve it eventually come to
a dead end. He was obliged to abandon the concept in 1912.

Early on, a Canadian inventor Reginald Fessenden has studied the
technology and realize it led nowhere. He rejected Marconi's
spark idea and developed a continuous wave technology which he
felt would transmit Morse more clearly and much more importantly,
also voice.

On Dec 23 1900 he transmitted voice over a distance of 1.5 km.
Over the next few years he continued his research and developed
improved technology.

In 1906 Fessenden sent the world's first true radio broadcast
when he gave a short speech, and played a tune on his violin
which was picked up on US Navy ships, and commercial cargo ships
equipped with Fessenden radio receivers.

In 1925, another Canadian, Edward Rogers (Sr) would invent
another radio breakthrough. Improving on an American invention,
he created a vacuum tube that enabled operating radios on
household electric current, eliminating the heavy, messy, and
corrosive batteries then required. His invention also improved
technology in radio broadcasting and led to the simplicity of
radio operations we know today.


Image: Marconi's crew preparing kite to raise the antenna on the
Newfoundland coast ...


The Global Radio Guide by Gayle Van Horn W4GVH "is a 24-hour
station/frequency guide with Winter 2018-2019 schedules for
selected medium wave and all known longwave/shortwave radio
stations." Also feature articles, including one about Shortwave
Radiogram. For information, visit
https://www.amazon.com/dp/B07L3RYTPG ... 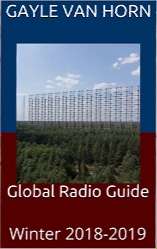 The Mount Etna volcano in Sicily spews lava during an eruption, 8
December 2018. From bit.ly/2RYkw3Y ... 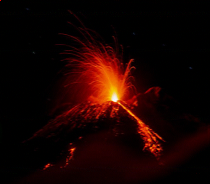 This "selfie" of the entire NASA InSight Mars lander is a
composite of 11 images taken from its robotic arm. From
bit.ly/2Gd9whu ...

In Sydney, NSW, Australia, lights with various designs and images
are projected onto St. Mary's Cathedral. From bit.ly/2LeL6D9 ... 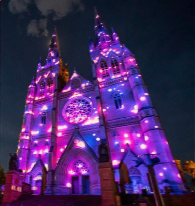 Our painting of the week, by Michael John Cavanagh, is the lion
statue in front of the Chicago Art Institute, bedecked for
Christmas. From bit.ly/2SNioMp ... 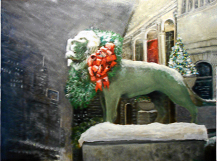 
Next the voice of Jeff White to tell us about the upcoming Tecsun
Radios Australia image-decoding competition. That will be
followed by the same information, and an image, in MFSK32 ...

Next, a message from Tecsun Radios Australia ...


And here's your reminder that the good people at Tecsun Radios
Australia are running a great competition for all Shortwave
Radiogram listeners! Starting from next week they'll start
transmitting images at the end of every Radit gram broadcast.

All you need to do is decode and collect the 6 Tecsun Radios
images transmitted each week on Shortwave Radiogram for your
chance to win a Tecsun PL880 Radio prize pack worth over $250
Australian Dollars!

Share all 6 images on Twitter @TecsunRadios and send them an
email hello@tecsunradios.com.au. The winner will be judged on 1
February 2019. They'll even ship the prize pack anywhere in the
world!

By the way our copyright info and other info on the images can be found on our website this week. Last week I didn't manage that because of flu, but this week I will do.

By the way our copyright info and other info on the images can be found on our website this week. Last week I didn't manage that because of flu, but this week I will do. 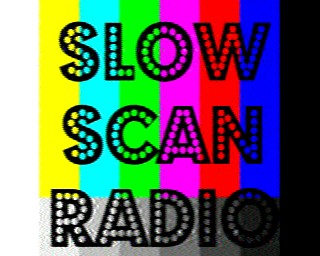 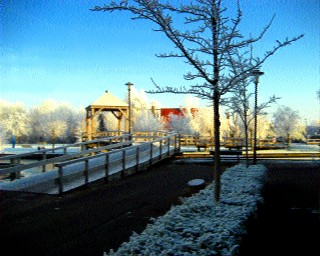 3
The KSCVC rocket garden during Christmas 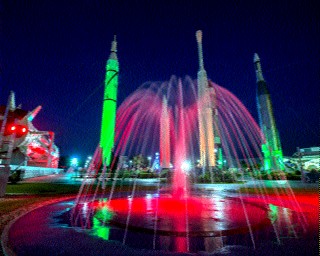 4
The historical center of Schöckingen in Baden-Württemberg in Germany, with christmas illuminations. 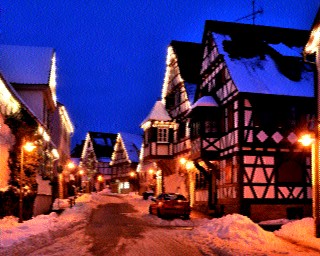 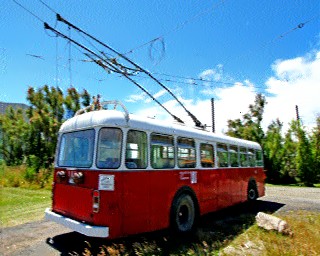 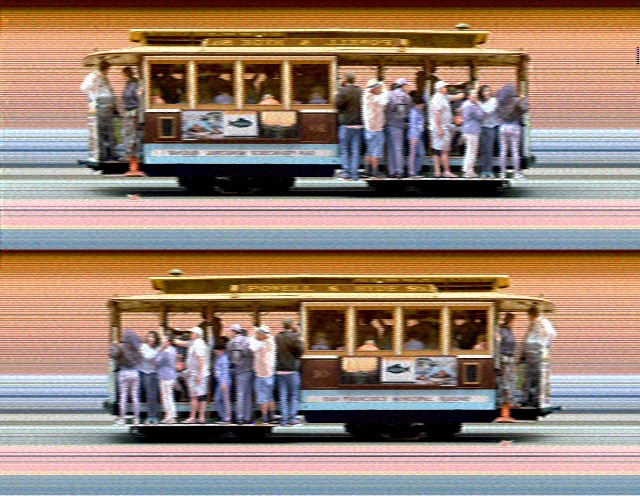 7
The new Symbolica in the Dutch Efteling amusement park 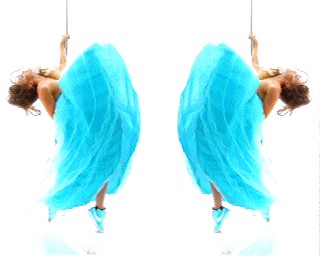 9
N. Jacobsen Electrical morse key from 1935, at display in the collection of Telenor in Bergen, Norway. 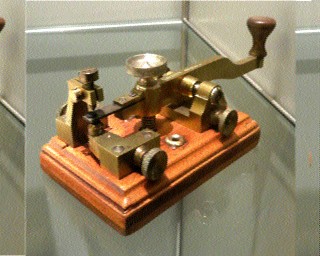 10
Interwar period telecommunication equipment at display at Telenor Bergen headquarters - Hordaland, western Norway. This is a U.S. Vibroplex type morse key from the 1940s
or 1950s. 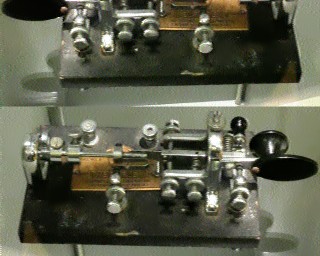 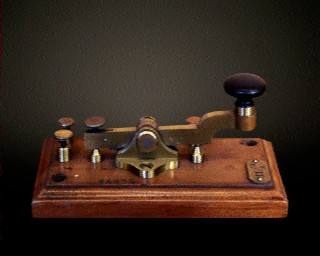 12
Photo of a Hoverfly (Syrphidae) on a daisy. 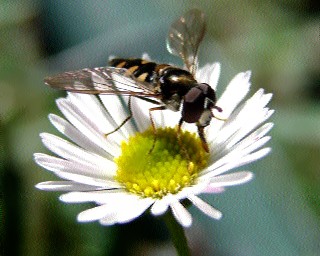 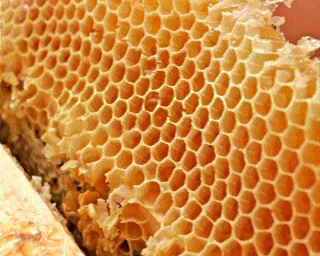 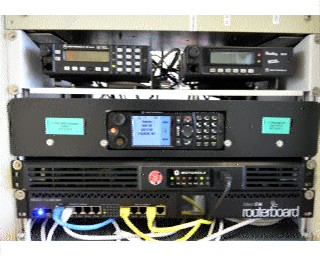