The holidays are over.

The colorful lights have been taken down.

At least here in the northern hemisphere ... 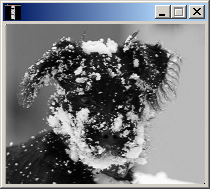 Welcome to program 81 of Shortwave Radiogram.

China's new antenna is five times the size of New York City, but
some fear it could be a cancer risk

China has built a giant experimental radio antenna on a piece of
land almost five times the size of New York City, according to
researchers involved in the highly controversial project.

The Wireless Electromagnetic Method (WEM) project took 13 years
to build but researchers said that it was finally ready to emit
extremely low frequency radio waves, also known as ELF waves.
Those waves have been linked to cancer by the World Health
Organisation-affiliated International Agency for Research on
Cancer.

Although the project has civilian applications – officially it
will be used for earthquake and mineral detection and forms part
of China's 11th five-year plan – it could also play a crucial
role in military communications.

Scientists said that its transmissions could be picked up by a
submarine lurking hundreds of metres under the sea, thus reducing
the vessel's risk of having to resurface to receive
transmissions.

The next year, a Chinese nuclear submarine successfully
communicated with the station from deep water – making China the
third country in the world to have established such a submarine
communication system, after the United States and Russia.

But the Chinese navy is eager to expand its capacity and has been
pouring resources into the more advanced ELF radio technology,
which allows submarines to communicate with the command centre
from a greater depth and is harder to disrupt.

The Chinese government, however, has played down the importance
of the facility, which occupies some 3,700 sq km (1,400 square
miles) of land, in information released to the public.

Apart from the need to protect an important strategic asset, some
researchers said that the secrecy was to avoid causing public
alarm

Sierra Nevada Corporation is picking up the pace in its mission
to carry cargo to and from the International Space Station using
a next-generation spaceplane, with NASA giving its Dream Chaser
vehicle the all clear following a design and performance review.
This means the vehicle will now move into full production, with
the developers hopeful of using it to ship goods to the orbiting
laboratory within two years.

The development of the Dream Chaser space plane has been pretty
eventful so far, with its first ever glide and test flight
leaving the spacecraft upside down on the airstrip after its
landing gear failed to deploy correctly. This led to a total
refurbishment of the unmanned, reusable orbital vehicle, and then
its first successful glide flight and landing in November 2017,
some four years later.

NASA awarded Sierra Nevada's Dream Chaser one of three private
contracts to deliver cargo to the ISS in 2016, with SpaceX's
Dragon and Orbital ATK's Cygnus the other two recipients. Under
NASA's CRS-2 contract the Dream Chaser will carry out at least
six missions to the ISS, but it will work a little differently to
its two fellow awardees.

The Dream Chaser is the only spacecraft of the three that is
capable of runway landings, and is, at least theoretically, able
to land at any large-scale commercial airport in the world. This
particular capability has seen the Dream Chaser project draw
strong interest from other space organizations, along with the
UN.

Designed to be optionally piloted with autonomous launch, flight
and landing capabilities, each Dream Chaser spaceplane is
expected to be reused at least 15 times and be able to carry
5,500 kg (12,100 lb) of cargo to the space station each time.
This could be basic but essential supplies like food and water,
along with more delicate loads such as scientific samples. It can
also retrieve up to 3,400 kg ( around 7,400 lb) of waste from the
space station each time it departs before disposing of it by
burning it up in the atmosphere.

As part of its preparation for these journeys, NASA's Integration
Review 4 (IR4) had experts from the space agency and Sierra
Nevada take a comprehensive look at the Dream Chaser design and
how it performs with various components integrated into the
vehicle. This led them to conclude that the space plane was ready
to move into full-scale production.

"We are one step closer to the Dream Chaser spacecraft's first
orbital flight," says Sierra Nevada CEO Fatih Ozmen. "This
comprehensive review approved moving the Dream Chaser program
into the production phase so we can get Dream Chaser to market as
a critical space station resupply spacecraft as soon as possible.
IR4 was a series of reviews, documentation, and data deliverables
that are the culmination of many years of design work, analysis
and development testing."

According to Sierra Nevada, a lot of the various components of
the orbital vehicle have already been built, such as the thermal
protection system tiles and avionics hardware, and the NASA
approval now clears the way for these to be integrated into the
vehicle at the company's facility in Louisville. Now moving onto
full-scale production of the uncrewed Dream Chaser Plane and its
cargo module, the company expects the spacecraft to start
servicing the ISS in late 2020.

It is now around two and a half months since the Ocean Cleanup
Project installed its first trash-catching barrier in the Great
Pacific Garbage Patch, and things are not going exactly to plan.
The team has encountered some trouble getting the system up to
the required speeds and now inspections of the approximately
600-meter-long barrier have uncovered a problematic break in the
chain, prompting a return to shore for repairs.

The Ocean Cleanup Project's system is a giant U-shaped barrier
designed to sweep through the Great Pacific Garbage Patch and
collect plastic waste. But about a month after it was towed into
position, the team found it was struggling to maintain the speeds
needed to gather the trash. Then in December, it reported that
its initial solution to the problem hadn't exactly done the
trick, and it was returning to the drawing board.

Now, another problem has emerged. The team says that during a
regular inspection it found one of barrier sections tacked onto
the main 580-meter-long section had detached as a result of a
fracture. The cause is believed to be a combination of material
fatigue and stress, but the main section and the 18-meter end
section are intact and no material has been lost. The incident
does mean that the system's sensors and satellite communication
modules are now compromised, so it's been decided to bring it in
for repairs.

If there's a silver lining in this, it's that it will be easier
for the team to make upgrades on shore that might solve the
earlier plastic-retention issue. And although it hasn't been out
at sea for as long as it hoped, it does already have terabytes of
data on how the system interacts with plastic, which will be
helpful as it continues making its improvements. Despite its
troubles, it has also managed to haul in around 2,000 kg of
plastic waste so far.

The Ocean Cleanup Project has its share of naysayers and outright
critics, who never believed the system would work or that it
would only serve to further damage the marine environment.
Despite the latest setback, CEO Boyan Slat is adamant this is a
speed hump rather than a road block, stating he is confident
these "teething problems are resolvable," and that the cleanup
can continue in 2019.


Image: The Ocean Cleanup U-shaped barrier and its support ship
...


The first color image of Ultima Thule, at the edge of the solar
system, taken by NASA's New Horizons spacecraft. From
bit.ly/2AvZraj ... 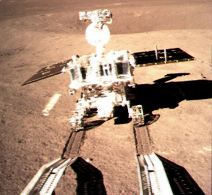 Fireworks explode over the Harbour Bridge and Opera House during
a traditional early family fireworks show held before the main
midnight event in Sydney, Australia, on December 31. From
bit.ly/2F5TVhH ...

Ryoyu Kobayashi of Japan soars through the air during his
training jump at the first stage of the Four-Hills Ski Jumping
tournament (Vierschanzentournee), in Oberstdorf, southern
Germany, Dec. 29, 2018. From bit.ly/2VlMtoi ... 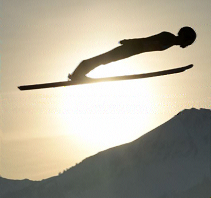 This week's painting is Improvisation 33 (Orient 1) by Wassily
Kandinsky. From bbc.in/2SKPKeP ...


Next, the third image of the Tecsun Radios Australia decoding
competition.

Next will be the voice of Jeff White, followed by additional
information in MFSK64, followed by the image ...

Av-Comm also operates a facility in Goulburn NSW, where we have
recently been granted a domestic HF broadcasting license to
operate on 5050kHz. This project is being worked on in our spare
time (we're all hobbyists after all!) and we hope to be
operational by mid-2019. We also have ambitions to broadcast in
DRM on Shortwave to spur further interest in the benefits of DRM.

And remember, this is the third Tecsun Radios Australia image to
download to go in the running to win a Tecsun PL880 Radio prize
pack worth over $250 Australian Dollars.

Decode and share all 6 Tecsun Radios images on Twitter
@TecsunRadios and send them an email hello@tecsunradios.com.au.
The winner will be judged by Garry on 1 February 2019. They'll
even ship the prize pack anywhere in the world!