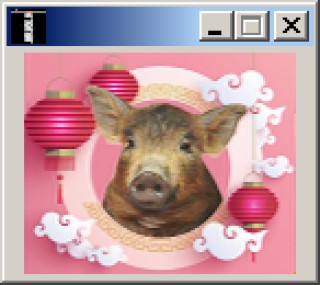 
Welcome to program 86 of Shortwave Radiogram.

Automatic vs manual:
Swiss gear up for change to driving licence law

From February 1 whoever passes their Swiss driving test in an
automatic vehicle is also allowed to drive a manual car. Not
everyone is happy about this, saying it could be dangerous. But
is it actually a problem, given that the days of stick-shift cars
appear to be numbered?

Until now most aspiring drivers sit their test in a manual,
allowing them, if they pass, to drive manuals as well as
automatics. But pass your test in an automatic and you're limited
to automatics.

No longer. There's now no difference between the two tests. Get
your automatic driving licence and you can get behind the wheel
of a manual transmission – even if you've never touched a gear
stick before.

It's likely that most students will opt for an automatic licence,
since automatics are easier to handle and therefore fewer lessons
are needed, saving money.

But this change of law, approved by the governmentexternal link
in December, has triggered heated discussions about safety.

However, the debate might fizzle out by itself, given that manual
cars seem a dying breed, as the United States shows. There,
automatics have been in the majority since the 1950s, and
nowadays less than 5% of new cars sold are manual.

The US manual market has dwindled to such an extent that Audi
last year announced it would stop selling manual transmissions in
the US and Canada from 2019. Stick shifts are also rare in other
big countries such as China and Japan.

For many years Europe preferred manuals. But the situation there
is changing too. France is particularly resistant to automatics,
which made up only 3% of new vehicle registrations in 1995
although this figure had increased to 29% by last year.

Automatics used to be considered heavier, less reliable, more
expensive or less fuel efficient than manuals. While it's true
that automatics remain slightly more expensive, the other
arguments no longer hold because of technical progress by car
makers.

Other factors that explain the growing success of automatics is
that, on increasingly congested roads, it's much more comfortable
to not have to constantly fiddle with the gear stick or press
down on the clutch. What's more, electric cars, which are
increasingly popular, are only available as automatics.

(Translated from French by Thomas Stephens)

The Winter SWL Fest will be 28 Feb to 2 Mar near Philadelphia. I
will be there to demonstrate Shortwave Radiogram. Information at
swlfest.com.

SSTV (PD 120) will be transmitted this weekend from the
International Space Station until 1830 UTC Sunday. Tune in on
145.8 MHz (FM). Use MMSSTV or similar software to decode.

The two MarCO CubeSats that accompanied NASA's InSight mission on
its voyage to Mars have gone silent. Mission control has been
unable to contact either of the briefcase-sized spacecraft for
over a month as they continue to hurtle into deep space beyond
the orbit of the Red Planet. The space agency says that it is
highly unlikely that any more signals will be heard from them.

Though the loss of any deep space probe is a melancholy episode,
the end of the MarCO mission is one that NASA is marking down as
a complete success because their mere survival was pushing the
envelope. The fact that both made a successful flyby of Mars and
completed their assigned tasks was the icing on the cosmic cake.

MarCO-A and MarCO-B, nicknamed WALL-E and EVE, made history when
they piggyback launched with the InSight probe last year to
become the first deep-space CubeSats in history. Such miniature
spacecraft have made great advances as engineers have learned how
to use them either individually or in constellations to do the
job of larger, more expensive satellites. However, until MarCO,
these devices had been restricted to low-Earth orbit. No one was
sure that such small, simple machines could stand up to the
intense, hostile environment of interplanetary space.

Both US$18.5-million CubeSats performed above expectations. They
trailed InSight and acted as an experimental direct
communications relay with the lander as it descended to the
Martian surface. In addition, WALL-E sent back images of Mars and
Earth, showing the potential of such small, inexpensive craft.

According to NASA, communications were lost with WALL-E on
December 29, 2018 and with EVE on January 4, 2019 as they
journeyed to a distance of one million mi (1.6 million km) and
two million mi (3.2 million km) beyond Mars, respectively. The
reason for their going silent is unclear, but engineers believe
that it could be due to attitude thruster malfunctions, the loss
of the ability to orient themselves toward the Sun to charge
their batteries, the difficulty of communicating over such
distances, or some other system failure.

Though both spacecraft will return to the inner solar system in a
few months, the space agency is not confident that they will
remain active.

"This mission was always about pushing the limits of miniaturized
technology and seeing just how far it could take us," says Andy
Klesh, the mission's chief engineer at the Jet Propulsion
Laboratory in Pasadena, California. "We've put a stake in the
ground. Future CubeSats might go even farther."


Image: Artist's rendering of a Mars Cube One (MarCO) spacecraft
... 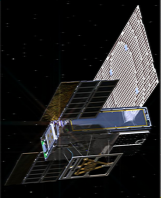 
A traffic jam in Moscow. From a Deutsche Welle pictoral about
traffic congestion worldwide -- bit.ly/2MYjpzG ...

The black and white facades and snow-covered roofs of houses in
Freudenberg, Germany, make it a favorite on Instagram. From
bit.ly/2TBiYh5 ... 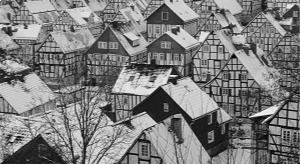 Examples of fractals produced by lasers. From bit.ly/2DcPnmY ...

This modern reproduction of a 1964 Airstream Bambi trailer, with
7.4 sq m of floor space, is used as a mobile office and camper.
From bit.ly/2TGLkGU ...

Our painting of the week, marking the Year of the Pig, is by
Karen Tarlton. From bit.ly/2GdV1t3 ... 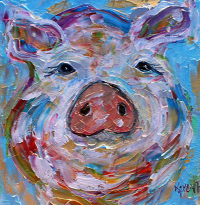 Today we will have a test with MFSK images, and 14 or 15 SSTV images.

Today we will have a test with MFSK images, and 14 or 15 SSTV images.

New York and Pennsylvania NBEMS nets. Most weekends, as KD9XB, I check in to the New York NBEMS (Narrow Band Emergency Messaging Software) net Saturday at 1300 UTC on 3584 kHz USB, and
the Pennsylvania NBEMS net Sunday at 1300 UTC on 3583 kHz USB. Check-ins are in Thor 22, and messages are in MFSK32. Messages usually use the Flmsg add-on to Fldigi. If you are a radio
amateur in eastern North America, feel free to check in. Outside the region, use an SDR in the eastern USA to tune in and decode. You do not need Flmsg to check in, and most of the
messages can be read without Flmsg. If you can decode the net, send me an email to radiogram@verizon.net , or tweet to @SWRadiogram , and I will let them know you are tuned in. 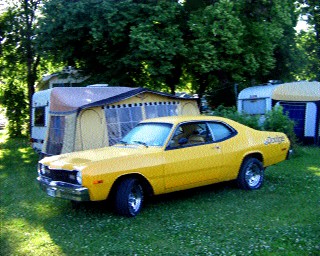 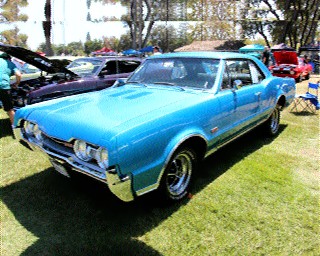 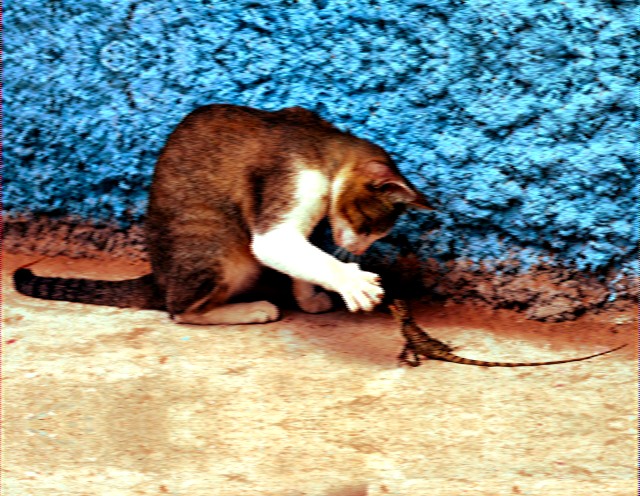 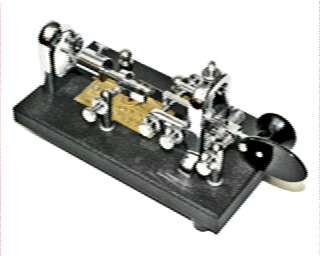 5
Back side of the A building of Radio Kootwijk, with to the left the diesel generator building
Photocapy
Creative Commons Attribution-Share Alike 2.0 Generic license. 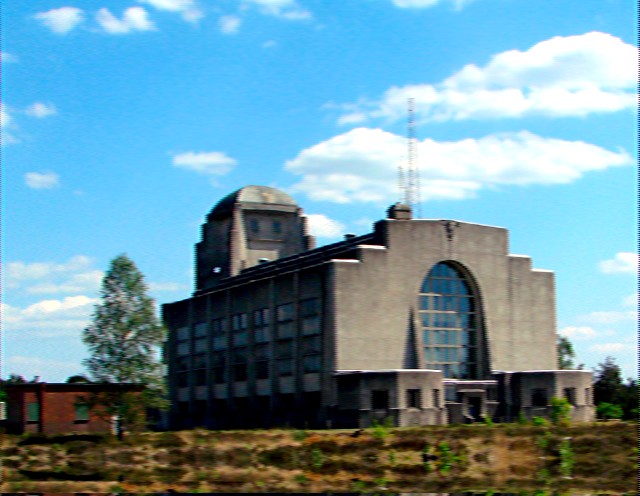 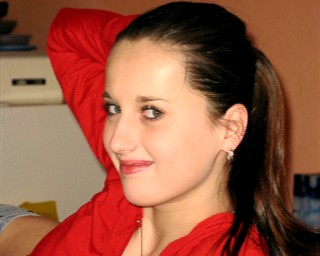 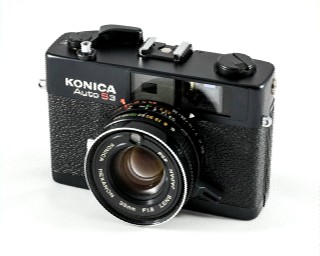 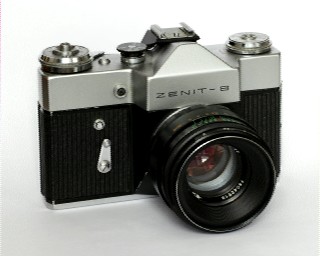 9
Draaiorgel "De Koning"
“Replicas of old Berlin Leierkasten, as these little organ called in Germany, be made by the other Orgelbaumeister Hofbauer from Göttingen (Ger). On this page one sees an
image of a 37-key Hofbauer-hand barrel organ, complete with xylophone and percussion.”
Peternederkoorn
Creative Commons Attribution-Share Alike 3.0 Unported license. 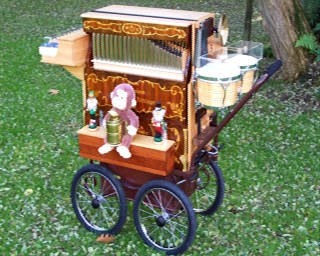 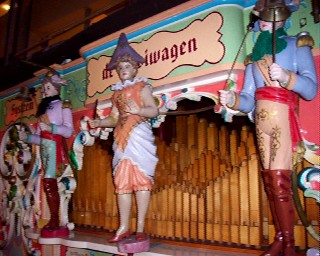 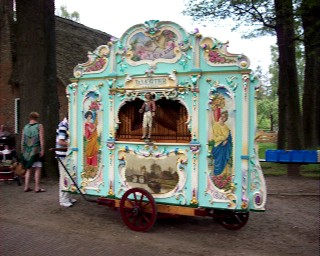 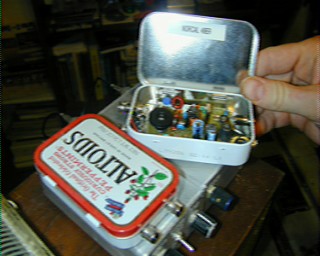 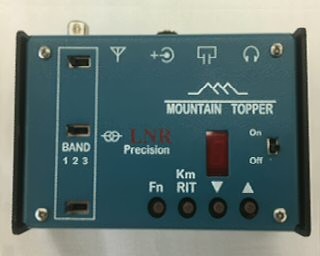 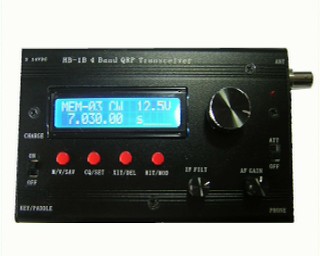 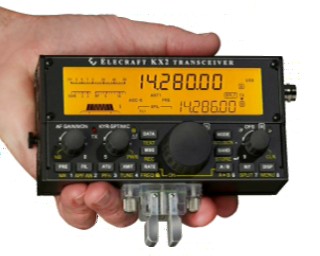