Last week we reported about snow in Washington state.

That weather has moved across the country to Washington DC ...


Welcome to program 88 of Shortwave Radiogram.

NASA to test X-ray communication system on the ISS

Radio waves are still the main way to communicate with
spacecraft, but that aging technology could soon get an upgrade
that will allow faster data downloads from space. NASA is
currently preparing to test out an X-ray communication system on
the International Space Station.

The project, known as XCOM, will make use of equipment already
onboard the ISS for different purposes. The Neutron-star Interior
Composition Explorer (NICER) is currently perched on the outside
of the space station, where it's scanning the cosmos for X-ray
emissions coming from neutron stars.

But NICER is no one-trick pony. In 2017, NASA engineers
demonstrated how the instrument could use data from millisecond
pulsars as a kind of space-GPS, precisely calculating the
position of the ISS to within 3 miles (4.8 km). It is this
potential to pick up X-ray signals that makes it a good candidate
for a receiver in an X-ray communication system.

To test the idea, at the other end NASA is using a
specially-designed device called the Modulated X-ray Source
(MXS). This device produces X-rays by first shining UV light onto
a photocathode material like magnesium. That produces electrons,
which are then accelerated into another material that in turn
produces X-rays. Importantly, the MXS can be quickly switched on
and off, encoding binary messages into X-rays that can be beamed
to and deciphered by a receiver.

For the upcoming test, NASA installed the MXS on the outside of
the ISS. There, it will beam X-ray messages over a space of 165
ft (50 m) to NICER, which will attempt to decode them. The
message itself will be kept simple at first, the team says, to
ensure that the device can pick up exactly what was sent. If that
works, a more complicated message may be transmitted in a later
test.

If all goes to plan, X-ray communication could eventually be used
to beam data to and from a range of spacecraft. X-rays have much
shorter wavelengths than radio waves or even laser communication
systems, which are also in development. That means they should be
able to pack more data into tighter beams, effectively allowing
faster data transfer rates. And considering the long delay that
can come from communicating with distant craft like New Horizons,
anything that hurries the process along can only be a good thing.

Another potential advantage is that X-rays can penetrate the hot
plasma sheath that normally cuts off radio communications when a
craft is blasting through the Earth's atmosphere. X-rays could
keep the crew in touch with ground control during this critical
and intense period.

The XCOM tests are due to take place on the ISS in the next few
months.

Most people think that the Earth's atmosphere stops a bit over 62
miles (100 km) from the surface, but a new study based on
observations made over two decades ago by the joint US-European
Solar and Heliospheric Observatory (SOHO) satellite shows that it
actually extends as far 391,000 miles (630,000 km) or 50 times
the Earth's diameter. This makes the Moon a very high altitude
aircraft.

It's often very hard to figure out where one thing ends and
another begins in space. On Earth, such limits seem very obvious.
The sea ends at the shore, the ground ends at the peak of the
tallest mountain, and the atmosphere ends where it becomes a
vacuum – at least, that's the idea.

The thing is, when one moves into the realm of outer space, it's
often less about where one thing ends and another begins and more
where one set of forces ceases to dominate over the other. Case
in point is the Earth's atmosphere. Being made up of gas, it
tends to expand to fill whatever space its in, and space is one
great, big infinite void. The Earth's gravity keeps most of the
air around our planet where it should be, but the outer layers of
the atmosphere don't stop so much as peter out.

This is the reason why satellites fall out of orbit. Hundreds of
miles up, it is to all intents and purposes a hard vacuum, but
there are still enough air molecules to generate drag on a
satellite, slowing it down until it plunges into the lower layers
and burns up. But how far out does the atmosphere actually go?

Launched on December 2, 1995 atop an Atlas IIAS launcher from
Cape Canaveral Air Force Station in Florida, SOHO is parked in
the first Lagrange point (L1) 930,000 miles (1.5 million km) from
Earth where it has carried out studies of the Sun and the solar
winds, and will continue to do so until at least 2020. From this
vantage point, the observatory's Solar Wind Anisotropie (SWAN)
instrument is able to measure the presence of hydrogen by looking
at the Lyman-alpha line in the solar spectrum. And what works for
the Sun, works for Earth.

By turning SWAN on the Earth at the right times of the year, SOHO
was able to detect hydrogen atoms from the atmosphere and measure
how far out they extend into what space scientists call the
geocorona. While the existence of the geocorona is well known –
the telescope set up by the Apollo 16 astronauts on the Moon even
photographed it – no one was sure how far out it reaches until
now.

By looking at data collected by SOHO in the mid 1990s, scientists
from Russia's Space Research Institute and elsewhere were able to
work out the extent and density of the geocorona. What they found
was that sunlight on the day side of the Earth compresses the
hydrogen until it reaches a density of 70 atoms per cubic cm at
an altitude of 37,000 miles (60,000 km), and on the night side it
can expand out until it has a density of only 0.2 atoms per cubic
cm at the distance of the Moon's orbit.

According to the study leader Igor Baliukin, the geocorona is so
tenuous that it poses no hazard to astronauts or spacecraft.
There are too few atoms and even the ultraviolet radiation
associated to the geocorona is too low to be of any consequence.
However, it is enough to interfere with more sensitive
astronomical observations working in the ultraviolet band of the
spectrum.

Jean-Loup Bertaux, former principal investigator of SWAN, also
points out that if the geocorona is typical of Earthlike planets,
then this new knowledge could be useful when looking for signs of
a water on worlds outside our Solar System. 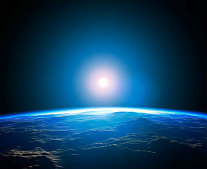 
An Afghan chickpea vendor looks on as he waits for customers at
his roadside stall near Qargha Lake on the outskirts of Kabul.
From bit.ly/2STlX8k ... 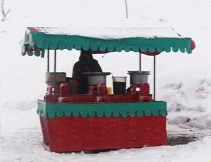 From the Deutsche Welle pictorial Fascinating Antarctica, the
German Neumayer Station III of the Alfred Wegener Institute. From
bit.ly/2U1UNbG ...

A supermoon rises over Tagus river in downtown Lisbon, Portugal,
19 February 2019. From bit.ly/2GUb4Md ... 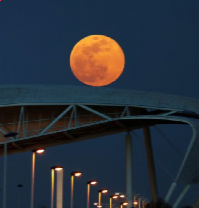 A Chinese blacksmith throwing molten metal against a cold stone
wall to create a shower of sparks, on the eve of the Lantern
Festival, which marks the end of Lunar New Year celebrations, in
Nuanquan, 18 February 2019. From bit.ly/2EoPspM ...

A participant in the 'youth strike for climate change'
demonstration in London. From bit.ly/2NlU5U4 ... 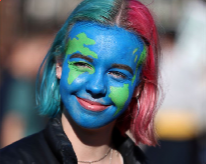 Twelve-week-old Kessie enjoys the one-day snow event on Wednesday
in the Washington DC area. From bit.ly/2Iuf5JB ... 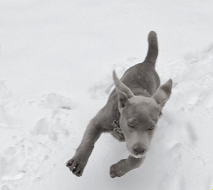 A cardinal on our snowy day Wednesday. From bit.ly/2Xd4Ywl ... 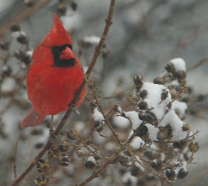 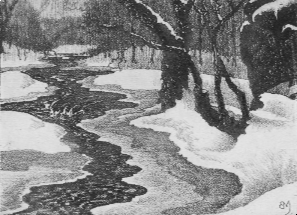 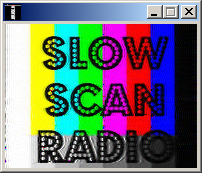 
Other shows with data and/or images

“This is a Music Show” is the newest addition to digital modes via analog shortwave. Most of the show is a music show, but the host transmits some MFSK text and image near the end of the broadcast.
It’s transmitted on WRMI, 5850 kHz, Thursday 0100-0200 UTC (Wednesday evening in the Americas). The first show this past Wednesday had MFSK64 text and an MFSK32 image. You might have

to set the mode manually. Also look for a waterfall ID at the beginning of the show.


Slow Scan Radio transmits SSTV images and text modes Saturdays at 1300-1330 UTC on 6070 kHz and 7440 kHz via Channel 292 in Germany – according to the latest schedule information I have.
The website is http://www.slowscanradio.com. Reception reports to x@xdv.me.

New York and Pennsylvania NBEMS nets. Most weekends, as KD9XB, I check in to the New York NBEMS (Narrow Band Emergency Messaging Software) net Saturday at 1300 UTC on 3584 kHz USB, and
the Pennsylvania NBEMS net Sunday at new 1230 UTC for out-of-state stations (1300Z for stations in Pennsylvania)  on 3583 kHz USB. Check-ins are in Thor 22, and messages are in MFSK32,
although PANBEMS is experimenting with Thor50x1 for traffic. Messages usually use the Flmsg add-on to Fldigi. If you are a radio amateur in eastern North America, feel free to check in.
Outside the region, use an SDR in the eastern USA to tune in and decode. You do not need Flmsg to check in, and most of the messages can be read without Flmsg. If you can decode the net,
send me an email to radiogram@verizon.net , or tweet to @SWRadiogram , and I will let them know you are tuned in. 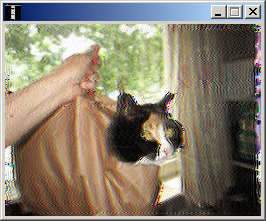 https://watch.cbc.ca/media/from-the-vaults-music-archive-series/season-1/episode-1/38e815a-00fd78006cb
or search: "CBC From the Vaults episode 1 Land of Opportunitites."
May need VPN outside of Canada. Be sure to watch the whole series!