Gray (grey) scale images "paint" more quickly than color, so they
can be bigger ...


Welcome to program 92 of Shortwave Radiogram

HAARP Gearing Up for its Spring Research Campaign

"Listen on shortwave between 2.7 and 10 MHz (most experiments
will be less than 4 or 5 MHz given low daytime max foF2)," Fallen
tweeted on March 13. "Tweet your reception [@ctfallen] and
mention me or @uafhaarp, so others can follow along!"

"Very honoured to share that I got a Canada Council Explore and
Create Grant to make a new series of Transmission art works using
HAARP," Christie tweeted on March 19. "Mixing audio and images in
the ionosphere with HF radio waves!"

Fallen said HAARP operations will generally occur at times within
the windows between 2230 and 0300 UTC, and again between 0500 and
0900 UTC each day.

The HAARP spring research program will be Fallen's last, as he
will depart UAF for a new position on March 30.

The fall 2018 HAARP research campaign, which ran from November 29
until December 3, was affected by a November 30 earthquake that
shook the Gakona area and interrupted the research activity but
had no lasting impact on the facility. "One of the teams relied
on ham support in Anchorage, so their remaining experiments were
affected," Fallen told ARRL.

During the fall campaign, scientists investigated radio-enhanced
airglow — or "artificial aurora" — including its relation to the
natural aurora and its use for measuring high-altitude winds in
the thermosphere; the ionospheric generation of very
low-frequency (VLF) radio waves, and testing new communications
applications of artificial ionosphere plasma structures. 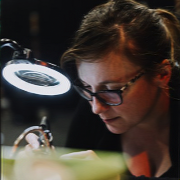 President Vladimir Putin has signed legislation enabling Russian
authorities to block websites and hand out punishment for "fake
news" and material deemed insulting to the state or the public.

The two bills that critics see as part of a Kremlin effort to
increase control over the Internet and stifle dissent were signed
by the president on March 18, according to posts on the
government portal for legal information.

The new legislation allows the authorities to block websites or
Internet accounts that publish what they deem to be "fake news"
and penalizing those who post material found to be insulting to
state officials, state symbols, or Russian society.

The parliament's upper chamber, the Federation Council, approved
the bills on March 13 after the lower chamber, the State Duma,
gave final approval to the proposed legislation on March 7.

On March 11, the Russian Presidential Council for Development of
Civil Society and Human Rights urged the upper house to send the
bills back to the Duma to be reworked.

The presidential council, whose advice is often ignored by Putin,
cited the European Convention on Human Rights and said that
freedom of expression cannot be restricted exclusively due to
doubts about whether what is being expressed is true.

The new law empowers the prosecutor-general and his deputies to
determine what constitutes fake news without a court decision,
after which the state media and communications watchdog
Roskomnadzor would block the site or account.

The law says publications officially registered with
Roskomnadzor, including online media outlets, will be given a
chance to remove reports deemed as fake news before their
websites are blocked.

It says websites that are not registered with Roskomnadzor will
be blocked without warning.

The law also establishes fines of up to 100,000 rubles for
insulting the Russian authorities, government agencies, the
state, the public, the flag, or the constitution.

Repeat offenders will face bigger fines and can be jailed for up
to 15 days.

Roskomnadzor will give Internet users 24 hours to remove material
deemed by the prosecutor-general or his deputies to be insulting
to the state or society, and those that fail to do so will be
blocked, the law says.

In January, after the State Duma approved the bills in their
first readings, Russian opposition politician Ilya Yashin said:
"These are crazy bills."

"How can they prohibit people from criticizing the authorities?"
he added.


This is Shortwave Radiogram in MFSK64 ...

The administration of U.S. President Donald Trump has submitted a
2020 budget request that proposes to cut spending on
international broadcasting by 22 percent and envisions the
elimination of three RFE/RL language services.

A summary of the proposed budget was placed on the website of the
U.S. Agency for Global Media (USAGM), which oversees broadcasting
by RFE/RL, VOA, Radio Free Asia, and other entities, on March 18.

According to the budget request, RFE/RL's budget would be cut
from $124 million in 2019 to $87 million in 2020. That drop
envisages sweeping cost-cutting measures, including the proposed
closure of RFE/RL's Georgian, Tatar-Bashkir, and North Caucasus
language services during the fiscal year.

RFE/RL would also cut its Balkan Service by "discontinuing
operations in Montenegrin and Macedonian."

"Last year, RFE/RL reached a weekly audience of 34 million people
across Internet, television, and radio -- a 30 percent increase
from the previous year. This is testament to the growing need for
objective journalism in Russia, Iran, Pakistan, and all of
RFE/RL's target countries," RFE/RL acting President Daisy
Sindelar said.

RFE/RL currently broadcasts to 22 countries in 26 languages. Its
mission is to provide objective and professional news and
information to countries with restricted media.

Overall, the Trump budget request is the largest federal budget
in U.S. history and calls for $4.7 trillion in spending,
including a $33 billion increase in defense spending and $8.6
billion for the construction of physical barriers along the
U.S.-Mexican border. It also envisages $1.9 trillion in cuts and
"cost savings" from social programs including Social Security,
Medicaid, and Medicare.

The proposal will now be sent to the U.S. Congress, which holds
final decision-making power on the budget and often introduces
substantial changes to executive-branch proposals. In 2019
Congress approved a $124 million budget for RFE/RL after a
presidential budget proposal of $91 million.

"The FY2020 budget proposal is the first step in a long process,"
Sindelar said. "As much as critics in some countries might like
to see us leave, we look forward to continuing our vital work --
supported by our U.S. stakeholders, as we have been all along."

When the Trump administration presented its proposal to Congress
on March 11, many representatives from the opposition Democratic
Party flatly rejected it.

Even some members of Trump's Republican Party were cautious.

Senator Mike Enzi (Republican-Wyoming), chairman of the Senate
Budget Committee, said the Trump request was "the first step in
the federal budget process."

With reporting by The Washington Post and The New York Times

The New Zealand national flag is flown at half-mast on a
Parliament building in Wellington. From bit.ly/2uq9ZnL ... 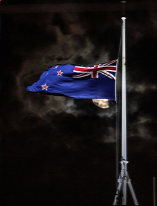 Paul Webster G7KVE was able to capture the "supermoon" among the
clouds on 20 March. From bit.ly/2TlzkJS ... 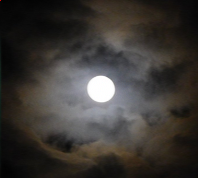 A polar bear cub and her mother Tonja are photographed at their
enclosure as the baby is presented to the press after leaving the
breeding burrow for the first time at the Tierpark zoo in Berlin.
From bit.ly/2uq9ZnL ...

This 1912 Crow-Elkhart Model 52 five passenger touring,
manufactured in my home town of Elkhart, Indiana, was sold for
$60,480 at the Amelia Island auction in Florida. From
bit.ly/2TnxtUI ...

A satellite image shows the unusual "super bloom" of poppies near
Lake Elsinore, California, on 19 March. From wapo.st/2CyNmSE

Instead of our painting of the week, a photo that looks like a
painting: The California super bloom at Carrizo Plain National
Monument in San Luis Obispo County. From wapo.st/2CyNmSE ...

Good afternoon to everyone listening, reading and watching.

TODAY WE DO SEVERAL DIFFERENT TESTS.
Last week almost the complete show we had two signals simultaneously. That wasn’t the best idea.

So today we start with some pictures in SSTV, and after that we will test with a few combined signals.

In the first you will have to have three instances of Fldigi opened simultaneously.

You will have to do this manually, no Reed Solomon code’s sent to avoid confusing Fldigi.

In the second test you will have to have two instances of Fldigi opened simultaneously, both in MFSK64.

You will have to do this manually, no Reed Solomon code’s sent to avoid confusing Fldigi.

None this week, so here is some art [volume warning]:
https://www.youtube.com/watch?v=yr_Rpk9HR1g