Welcome to program 94 of Shortwave Radiogram.

Department of Defense to Transmit Interoperability Exercise Info
via WWV/WWVH

"DOD's use of the broadcast time slot on WWV/WWVH will benefit
the MARS program's mission of outreach to the Amateur Radio
community," said US Army Military Auxiliary Radio System (MARS)
Program Manager Paul English, WD8DBY. "The actual messages to be
broadcast are coordinated by the DOD Headquarters that the MARS
program supports."

The initial announcements are set for the period April 20 – May
3, which coincides with the "Vital Connection" interoperability
exercise to be held in Wisconsin. Future time slots will coincide
with the Vital Connection exercise Ohio in June; DOD COMEX 19-3
in August, and the DOD COMEX 19-4 in October. Following the proof
of concept this year, DOD anticipates making use of the WWV/WWVH
broadcast time slot full time, year-round.

At the outset, broadcast messages will likely be static. For
future exercises, announcements could be updated throughout an
exercise. The messages will direct listeners to a specified
website to provide reception reports and feedback.

The reception report will also ask the listener to submit a
survey that will be shared among DOD, MARS, and WWV/WWVH
personnel. English said that the survey will ask listeners
questions about how often they listen to WWV/WWVH signals, how
they use them, and what types of messages they would like to
hear, but he notes that the survey is still under development.

"We want to provide feedback to WWV/WWVH to improve situational
awareness of who is using their service and how it's being used,
as well as future considerations," English said.

The FCC is accepting comments on a Petition for Rule Making
(RM-11831) seeking to amend FCC Part 97 rules that require all
ham radio digital transmissions to use techniques "whose
technical characteristics have been documented publicly." The
Petition, filed by Ron Kolarik, K0IDT, of Lincoln, Nebraska,
expresses concerns that some currently used digital modes are not
readily and freely able to be decoded, and it asks the FCC to
require all digital codes to use protocols that "can be monitored
in [their] entirety by third parties with freely available,
open-source software," per §97.113(a)(4).

Kolarik said his petition also aims to reduce levels of
amateur-to-amateur interference from Automated Controlled Digital
Stations (ACDS) on HF operating under §97.221(c)(2). Kolarik
wants the FCC to delete §97.221(c), which permits automatic
control of digital emissions provided the station "is responding
to interrogation by a station under local or remote control, and
[n]o transmission from the automatically controlled station
occupies a bandwidth of more than 500 Hz." The petition does not
call for eliminating ACDS, however. Under current rules, ACDS are
allowed in specific sub-bands.

In his Petition, Kolarik maintains that interference from ACDS
continues to be "a major problem on the amateur bands." He
suggested that an absence of formal complaints may be due to the
fact that such stations are "difficult to identify."

The Petition also proposes to amend §97.309(a)(4) to ease
monitoring of certain digital transmissions. "Without open,
over-the-air interception capability for all transmissions in the
Amateur Radio spectrum, there is no way to determine if there is
commercial or other prohibited, inappropriate content in ongoing
communications…" Kolarik's Petition asserts. He said problems
arise when "protocols and devices used in commercial, government,
and marine services are used in the Amateur Service with no
adequate means to fully decode transmissions," thwarting any
efforts at self-policing of such transmissions. He said
simplifying the language "would remove ambiguity about what
constitutes 'publicly documented technical characteristics' by
requiring any protocol to be freely decodable," and lead to
"amateur digital mode transparency, present and future."

Kolarik contended in his petition that FCC action stemming from
ARRL's 2013 "symbol rate" Petition for Rule Making could increase
congestion (i.e., interference) problems. In July 2016, the FCC
in WT Docket 16-239 proposed to revise the Part 97 rules to
eliminate current baud rate limitations for data emissions,
consistent with ARRL's Petition, but declined to propose a
bandwidth limitation for MF and HF digital to replace current
baud rate limitations. ARRL had asked the FCC to delete the
symbol rate limits in §97.307(f) and replace them with a maximum
bandwidth for data emissions of 2.8 kHz on amateur frequencies
below 29.7 MHz.

Opinion: The US' 'five-year' moon plan is dangerous

I can't wait to see humans bunny-hop across the lunar
surface again (this time in HD quality). But Trump's moon
plans aren't part of a healthy "space race." It's
presidential PR, and it will endanger astronauts.

To understand the Trump administration's dangerously flawed moon
logic, start with the date April 24, 2017. That's when the US
president made a shockingly candid remark during a video call to
the International Space Station.

US astronaut Jack Fischer had just finished describing some of
the "delicious coffee" he'd had in space when Trump smiled and
changed the subject.

"Tell me," the president said, "Mars. What do you see a timing
for actually sending humans to Mars? Is there a schedule? And
when would you see that happening?"

"Well, I think as your bill directed, it will be approximately in
the 2030s," she said. "As I mentioned, we are actually building
hardware to test the new heavy launch vehicle, and this vehicle
will take us further than we've ever been away from this planet.
Unfortunately, spaceflight takes a lot of time and money."

"Well," Trump replied, "we want to try and do it during my first
term, or, at worst, during my second term. So we'll have to speed
that up a little bit, okay?"

A few people in the oval office laughed. NASA astronaut Kate
Rubins, though, who was sitting to the right of the president at
that moment, looked alarmed.

Later, Trump's comment was written off as a joke. But it showed
how the US president thinks about space missions — as a thing to
be accomplished during a presidential term.

The exchange also lends credibility to an anecdote from a former
communications official for the Trump administration, Cliff Sims.
In his book Team of Vipers, he describes how President Trump
offered NASA's acting administrator "all the money you could ever
need" to put astronauts on Mars — by the end of Trump's first
term.

That's a wildly unrealistic timeframe for a crewed Mars mission,
and it's a dangerous thing to even ask. Space missions are slow
because new engineering solutions are created from scratch. If
you're planning to put humans inside of these sparkling new hunks
of metal, the metal needs to be tested. Arbitrary deadlines limit
the amount of research and testing that can be done, and they
raise the risk of catastrophe.

The whole episode could have been forgotten – but then came March
26, 2019, when US Vice President Mike Pence delivered a
stunningly aggressive speech at the National Space Council
meeting in "Rocket City," Alabama.

There, he announced that "the stated policy of this
administration and the United States of America [is] to return
American astronauts to the Moon within the next five years."

"Failure to achieve our goal to return an American astronaut to
the Moon in the next five years is not an option," he continued,
adding that commercial rockets and contractors would be used if
they were the only way to achieve the five-year goal. "If NASA is
not currently capable of landing American astronauts on the Moon
in five years, we need to change the organization, not the
mission."

This was a threat aimed at NASA officials, and the space agency's
administrator replied in the only way he could.

Still, why not stick to the original 2028 moon plan, which is
what NASA was planning to do anyway? Wouldn't that have been
fine?

Earlier in the speech Pence mentioned a "space race" with China
as the backdrop to change… but that doesn't really make sense.

Yes, China dropped a robot on the Moon's "dark side," but most
experts don't expect the country to send humans there until the
2030s. So unless US officials know something we don't, the
original goal of 2028 should have been fine. And if they do know
something we don't, why not say it?

And before November, please

So again, why, suddenly, "within five years?"

Well, based on the available evidence, it would stand to reason
that 2024 was chosen because, if Trump wins a second term, a
lunar landing would lend him a lasting legacy just before his
departure.

The event would also be a welcome PR boost for his US Republican
party — and right during the boiling point of the 2024
presidential and congressional elections. When US astronauts
landed on the moon in July of 1969, for example, it gave
then-President Nixon a temporary bump in approval ratings of
about four percent.

This seems to be the real reason behind the US' new five-year
plan to return human beings to the moon by 2024 instead of 2028 —
domestic politics. The goal is not to win a "space race," but an
election. If this were a Hollywood movie, it's the kind of twist
you'd expect from one of America's autocratic adversaries, not
from America itself.

And it will put the lives of US astronauts at greater risk.


Connor Donovan caught (then released) this striped bass in the
Potomac River in Washington. He estimates its weight to be 30-40
pounds, or 13-18 kg. From wapo.st/2YLYwND ...

"A wild duck swims in Moshav Bet Zayit, Israel. Some of her
ducklings prefer to ride on her back." From wapo.st/2SVeX69 ...

An insect in Basel, Switzerland. From swissinfo.ch pictorial
bit.ly/2FS3eAI ... 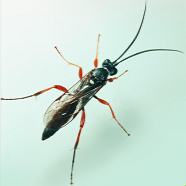 Emily Alsborg plays "Te Fiti" from the movie Moana at WonderCon
in Anaheim, California, on March 31. From bit.ly/2FQMklQ ...

Image accompanying a Financial Times story "Why plugs are the
bane of a traveller’s life." From on.ft.com/2YNXqAG ...

A closeup of the cherry blossoms that reached their peak during
the past week in Washington DC. From lat.ms/2CQgogJ ...

A night shot of the cherry blossoms in Washington DC. From
bit.ly/2uLhc1U ...

Shadow Huntaz - Rulez Of Engagement
Joy Division - As You Said