An artist's rendering of the new Polar Security Cutter, the first
expected to launch in 2024, replacing the US Coast Guard's
decades-old icebreakers ...

Welcome to program 101 of Shortwave Radiogram.

Icebergs floating down the coast of Newfoundland and Labrador
have become a big tourist attraction and this is a banner year.
CBC reports the number of icebergs has doubled what's usual and
wind patterns are driving them closer to the coast. They have
also arrived earlier than usual.

Most icebergs that float by Canada break off glaciers in west
Greenland. They shear off or "calve" from glaciers, often as a
result of how the glacier enters the water.

While icebergs can look huge, 90 per cent of them are underwater
and invisible. As they travel south they may melt or break up
into smaller "growlers" or "bergy bits."

As more people post photos on social media, more tourists visit.
Several tour companies have emerged to take people out on
dinghies for a closer look.

Other related businesses have sprung up such as a shop which
sells shampoo made with iceberg water. One can also buy iceberg
beer and vodka.

Image: An iceberg off Grates Cove, Newfoundland. From
bit.ly/2WVXk8V ...

The kilogram just got a revamp. A unit of time might be next

The new kilogram has finally arrived.

Updates to scientists' system of measurement went into force May
20, redefining the kilogram and several other units in the metric
system. The revamp does away with some outdated standards - most
notably, a metal cylinder kept in a vault near Paris that has
defined the kilogram for 130 years.

Tinkering with units allows scientists to more precisely measure
weights, temperatures, electric currents and other quantities
laid out in the International System of Units used around the
globe. The kilogram, the basic unit of mass, is now defined by a
quantum quantity known as the Planck constant. That value, an
immutable constant of nature, is the same everywhere in space and
time. That's an improvement over the Parisian artifact, which
could have changed slightly if gunk or scratches marred its
surface.

Also redefined, according to an agreement reached in November
2018 at the 26th General Conference on Weights and Measures in
Versailles, France, are the kelvin, the unit of temperature; the
ampere, the unit of electric current; and the mole, the unit for
an amount of substance.

Scientists now have their sights set on updating the unit of
time: the second.

Currently, the second is defined by atomic clocks made of cesium
atoms. Those atoms absorb a certain frequency of light. The
wiggling of the light's electromagnetic waves functions like the
pendulum on a grandfather clock, rhythmically keeping time. One
second is defined as 9,192,631,770 oscillations of the light.

But a new generation of atomic clocks, known as optical atomic
clocks, outdo the cesium clocks. "Their performance is a lot
better than what currently defines the second," says physicist
Andrew Ludlow of the National Institute of Standards and
Technology in Boulder, Colo. Because those optical atomic clocks
operate at a higher frequency, their "ticks" are more closely
spaced, making them about 100 times more precise than cesium
clocks.

Ideally, the length of a second should be defined using the most
precise timepieces available. A switch might happen in the late
2020s, Ludlow says.

The change to the kilogram's definition was carefully
orchestrated so that it wouldn't affect normal people: A kilogram
of flour still makes the same number of biscuits. Any change to
the second will be similarly coordinated.

So, sorry, there'll be no chance to squeeze any extra seconds
into a day.

Switch one greenhouse gas for another to fight climate change?

New research outlines a seemingly counterintuitive solution to
climate change: converting one greenhouse gas into another.

The relatively simple process could help turn the tide of climate
change while also turning a healthy profit.

The study describes a potential process for converting the
extremely potent greenhouse gas methane into carbon dioxide,
which is a much less potent driver of global warming. The idea of
intentionally releasing carbon dioxide into the atmosphere may
seem surprising, but the authors argue that swapping methane for
carbon dioxide is a significant net benefit for the climate.

"If perfected, this technology could return the atmosphere to
pre-industrial concentrations of methane and other gases," says
lead author Rob Jackson, professor in earth system science in
Stanford University's School of Earth, Energy & Environmental
Sciences.

The basic idea is that some sources of methane emissions - from
rice cultivation or cattle, for example - may be very difficult or
expensive to eliminate. "An alternative is to offset these
emissions via methane removal, so there is no net effect on
warming the atmosphere," says study coauthor Chris Field,
director of the Stanford Woods Institute for the Environment.

A crisis and an opportunity

In 2018, methane - about 60 percent of which humans
generate - reached atmospheric concentrations two and a half times
greater than pre-industrial levels. Although the amount of carbon
dioxide in the atmosphere is much greater, methane is 84 times
more potent in terms of warming the climate system over the first
20 years after its release.

Most scenarios for stabilizing average global temperatures at 2
degrees Celsius above pre-industrial levels depend on strategies
for both reducing the overall amount of carbon dioxide entering
the atmosphere and removing what's already in the atmosphere
through approaches such as tree planting or underground
sequestration. However, removing other greenhouse gases,
particularly methane, could provide a complementary approach,
according to the study's authors, who point to the gas's outsized
influence on the climate.

Most scenarios for removing carbon dioxide typically assume
hundreds of billions of tons removed over decades and do not
restore the atmosphere to pre-industrial levels. In contrast,
removing about 3.2 billion tons of the gas from the atmosphere
and converting it into an amount of carbon dioxide equivalent to
a few months of global industrial emissions could restore methane
concentrations to pre-industrial levels, according to the
researchers. If successful, the approach would eliminate
approximately one-sixth of all causes of global warming to date.

Methane is challenging to capture from air because its
concentration is so low. However, the authors point out that
zeolite, a crystalline material that consists primarily of
aluminum, silicon, and oxygen, could act essentially as a sponge
to soak up methane.

"The porous molecular structure, relatively large surface area
and ability to host copper and iron in zeolites make them
promising catalysts for capturing methane and other gases," says
Ed Solomon, a professor of chemistry.

The whole process might take the form of a giant contraption with
electric fans forcing air through tumbling chambers or reactors
full of powdered or pelletized zeolites and other catalysts.
Scientists could then heat the trapped methane to form and
release carbon dioxide, the authors suggest.

The process of converting methane to carbon dioxide could be
profitable with a price on carbon emissions or an appropriate
policy. If market prices for carbon offsets rise to $500 or more
per ton this century, as most relevant assessment models predict,
each ton of methane removed from the atmosphere could be worth
more than $12,000.

A zeolite array about the size of a football field could generate
millions of dollars a year in income while removing harmful
methane from the air. In principle, the researchers argue that
the approach of converting a more harmful greenhouse gas to one
that's less potent could also apply to other greenhouse gases.

While reducing greenhouse gases in the atmosphere to
pre-industrial levels may seem unlikely in the near future, the
researchers argue that it could be possible with strategies like
these.


From the Deutsche Welle pictorial "Bees — what are we without
them?" - bit.ly/2JVpywQ ...

An Art and Cultural Performance in celebration of the Royal
Coronation Ceremony at The Grand Palace in Bangkok, Thailand, May
22, 2019. From bit.ly/2VYJztG via rcinet.ca/en ... 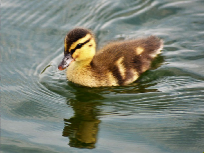 Sunrise over a foggy valley at Shenandoah National Park,
Virginia. From bit.ly/2HvBMuq ... 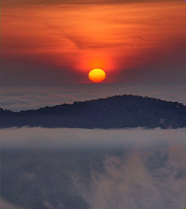 Sunset with iris in the mountains of northern Virginia. From
bit.ly/2VYJdmZ ... 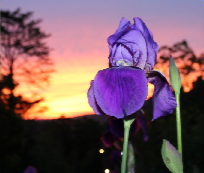 This week's painting, for Memorial Day, 27 May in the USA, is
"Antietam Battlefield" by Dean Wittle. From bit.ly/30CUsQz ... 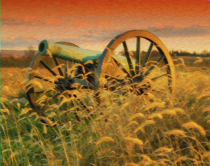 This week's show starts off with tribute to beloved Toronto DJ Dave "Bookie" Bookman who passed away on May 21,2019.

Notes on the recording from Daz Man:

TIAMS014 Low quality WRMI 9395kHz broadcast via North Carolina in ISB Stereo.
* Heavy NR was applied to reduce the high transmitter distortion
* Data segment is unprocessed
* To hear how bad the 9395kHz transmitter really sounds without the NR and EQ, listen to Your Host speak immediately after the data segment.