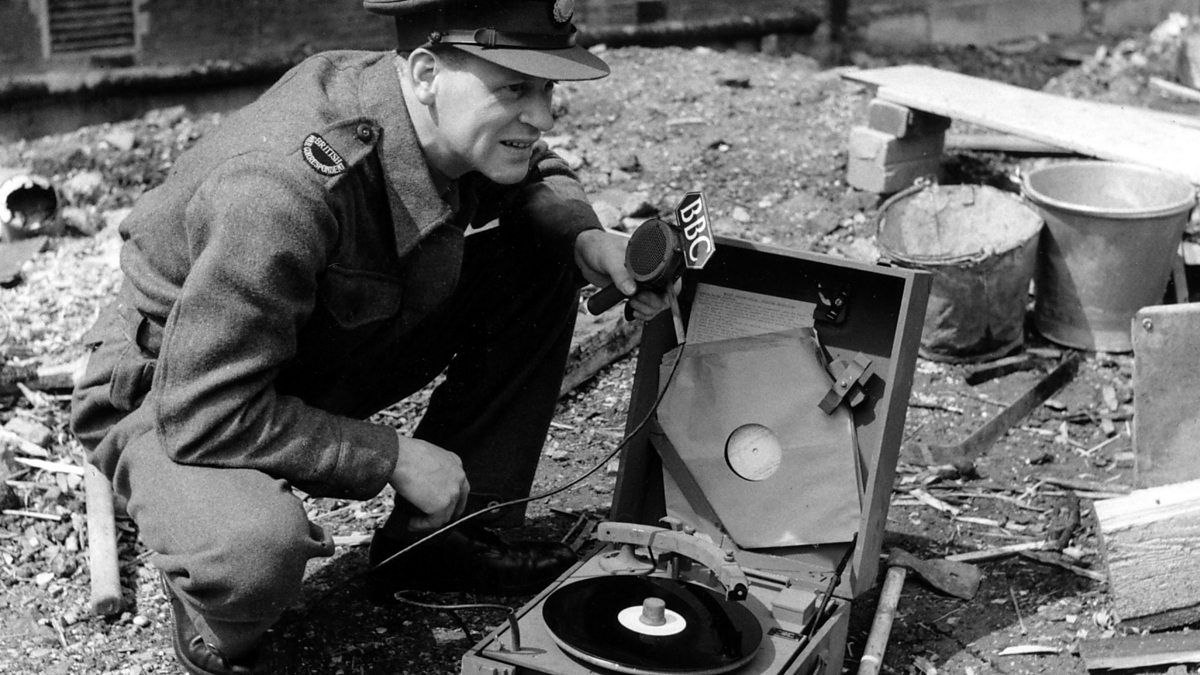 
Welcome to program 103 of Shortwave Radiogram

Space flight requires quite a lot of single-use machinery, and
when you're talking about multi-million dollar rockets that are
used once, that gets pretty expensive and wasteful. Blue Origin
and SpaceX have made reusable rockets a reality, and now ESA has
outlined a reusable Space Rider capsule, which would carry
scientific equipment to the edge of space and back several times
over.

Space Rider has its roots in ESA's Intermediate Experimental
Vehicle (IXV), which performed a successful flight and re-entry
test in 2015. The new capsule builds on that proof of concept, by
adding a multi-purpose cargo bay that opens to space, landing
gear for when it returns to Earth and a design that's been
upgraded to ensure it can make the return trip at least five more
times.

The capsule would be launched atop a Vega-C rocket and attached
to an AVUM+ upper stage unit, which provides 600 watts of power
and steers the craft once it's in orbit. The cargo bay can carry
up equipment up to a maximum weight of 800 kg (1,763.7 lb) or
volume of 1,200 liters (317 gal). The craft can then rotate
itself depending on where the scientific payload needs to be
pointed – it could for example, fly upside down if the equipment
is intended to study the Earth, or sideways if the target is out
in space.

Once the mission is complete, which could be two months or more,
the Space Rider can then de-orbit itself, adjusting its angle of
attack to re-enter the atmosphere. After it slows down enough, a
parachute is deployed to bring it to the ground, touching down
nice and soft on its landing gear.

The payloads can then be removed and a new set of equipment
installed, ready to take flight again. The idea is that
institutions and private companies can use the Space Rider as a
platform to conduct experiments in low-Earth orbit, without
needing to worry about how to launch and land a craft.

Space Rider has recently passed preliminary design reviews for
its systems and subsystems, with a critical design review due at
the end of this year. If all goes well, ESA plans to launch the
reusable craft in 2022.

When Gibson introduced the Flying V electric guitar in 1958, it
divided opinion. A bold new aviation concept out of TU Delft is
sure to do the same. Wearing the same moniker as Gibson's iconic
instrument, the design is aimed at improving aircraft efficiency
and sustainability.

The original idea for the Flying-V came from thesis work
undertaken by TU Berlin student Justus Benad while at Airbus
Hamburg, who looked at ways to improve the efficiency of a
commercial passenger aircraft. When compared to an A350-900
reference aircraft, he estimated his concept could potentially
offer 10 percent higher lift-to-drag, have 2 percent lower mass,
be quieter and benefit from a simple configuration.

Work on the concept has continued to be refined and reworked. The
V-shaped design integrates the cabin, cargo hold and fuel tanks
into each wing structure, with a wingspan that matches an Airbus
A350 but from an aircraft that's a bit shorter overall. This
means that the Flying-V could make use of existing airport
infrastructure, it would carry about the same number of
passengers as an A350 and haul the same amount of cargo.

"The Flying-V is smaller than the A350 and has less inflow
surface area compared to the available amount of volume," said TU
Delft's Dr. Roelof Vos. "The result is less resistance. That
means the Flying-V needs less fuel for the same distance."

In fact, TU Delft reckons that the aerodynamic shape and reduced
weight could see it use 20 percent less fuel than an Airbus
A350-900.

The Flying-V concept is 55 m (180 ft) long and 17 m (55 ft) high,
with a wingspan of 65 m (213 ft). It can accommodate 314
passengers and 160 cubic meters of cargo. It will be propelled by
fuel-efficient turbofan engines and run on kerosene, but future
implementations could see more environment-friendly propulsion
systems being employed when such technology is developed.

But will it fly? We'll have to wait and see, but Benad did fly a
radio-controlled model when the project was in early development
and KLM recently entered into a cooperative agreement with TU
Delft at the IATA Annual General Meeting in Seoul for further
research into the concept.

Researchers are currently working on a flying scale prototype
that will be used to test the design's stability and reliability
when flown at low speeds. KLM will officially present that model
and a full-size section of the interior of the Flying-V at the
KLM Experience Days at Amsterdam Airport Schiphol in October as
part of the airline's 100th anniversary.

In its annual report released Wednesday, the nongovernmental
group says global press freedom fell to its lowest point in more
than a decade due to continued crackdowns on independent media in
authoritarian states and unprecedented threats to journalists in
traditionally free societies.

The reports finds press freedoms have been deteriorating across
the world with "new forms of repression taking hold in open
societies and authoritarian states alike."

Sarah Repucci, senior director for research and analysis at
Freedom House, told VOA that the report found declining press
freedoms at "two ends of the spectrum."

On one hand, regimes that are known to stifle the press are
continuing with "very familiar tactics: arrests of journalists,
threats to their safety, repressive laws, defamation laws that
criminalize free speech," she said. But, on the other hand, the
report found democratically elected leaders who use new tactics
to "manipulate the media in ways that are very subtle that enable
them to take control of the message that is getting to the
population."

The report blames President Donald Trump for helping worsen the
press freedom environment in the U.S. and the world.

"Although key news organizations remain strong and continue to
produce vigorous reporting on those in office, President Donald
Trump’s continual vilification of the press has seriously
exacerbated an ongoing erosion of public confidence in the
mainstream media," the report says.

While the U.S. has a strong press protections, the report says,
"President Trump’s public stance on press freedom has had a
tangible impact on the global landscape. Journalists around the
world now have less reason to believe that Washington will come
to their aid if their basic rights are violated."

The White House did not immediately respond Wednesday to a
request for comment.

The report assesses the degree of media freedom as either "free,"
"partly free" or "not free."

Freedom House characterizes a free press as a media environment
where coverage of political news is robust, state intrusion in
media affairs in minimal, the safety of journalists is
guaranteed, and the press is not subject to legal and economic
pressures.

The report found that a total of 16 nations designated as "free"
have seen a reduction in press freedom scores during the past
five years. But a disturbing trend showed that in Europe, where
four out of every five countries are "free," average press
freedom scores dropped 8%.

Repucci, the report’s lead author, said countries such as Hungary
and Serbia "dropped to 'partly free' in our freedom in the world
survey and have been at the forefront of new tactics for
repressing the media."

Leaders in both countries "had great success in snuffing out
critical journalism by consolidating media ownership in the hands
of their cronies, ensuring that the outlets with the widest reach
support the government and smear their perceived opponents," the
report said.

"But we're also seeing this in democracies around the world, in
India and Israel … and also here in the United States," Repucci
said, adding while the U.S. has in the past stood as the
protector of free speech, that history is under threat.

"The kinds of attacks that we're seeing from the Trump
administration are new and are very worrying," she said. "These
are verbal attacks on journalists, threats to change libel laws,
threats against individual media outlets. And this is part of
what appears to be a trend of undermining the respect that the
government has for the role that the media is supposed to play in
holding leaders to account."

Among his other attacks on the U.S. media, the report says
President Trump "has repeatedly threatened to strengthen libel
laws, revoke the licenses of certain broadcasters, and damage
media owners’ other business interests."

“The major news media have been really strong in pushing back
against these attacks and in continuing to publish information
that holds leaders to account," Repucci said. "But the concern is
that norms may be changing, and that it will be difficult to get
back to where we were before."

"Over the past five years, countries that were already designated
as 'not free' in Freedom House’s Freedom in the World report were
also those most likely to suffer a decline in their press freedom
scores, with 28 percent of 'not free' countries experiencing such
a drop.

"'Partly free' countries were almost equally likely to experience
a gain as a decline in press freedom," the report noted.

A full chapter in the report focuses on China and its growing
efforts to influence media content worldwide to the detriment of
democratic principles.

As Western nations withdraw their support for global free press,
"China is filling that gap, and that is very problematic for free
media around the world," Repucci said.

China is exporting its model of media repression to other
countries, especially in Africa.

"They're doing it by exporting their message and finding friendly
outlets that will publish and broadcast that message. They're
doing it by putting pressure on journalists, but also diplomats
and media owners in countries to censor, basically, on Beijing’s
behalf," Repucci said.

"If democratic powers cease to support media independence at home
and impose no consequences for its restriction abroad, the free
press corps could be in danger of virtual extinction," the report
said. 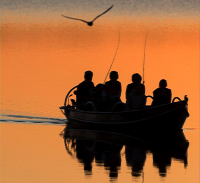 A British Shorthair cat waits during the jury session at the
International pedigree dog and purebred cat exhibition in Erfurt,
Germany. From bit.ly/31dsqeP ... 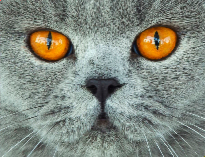 A red-headed woodpecker at Huntley Meadows Park in Alexandria,
Virginia. From wapo.st/2Z43Zyy ... 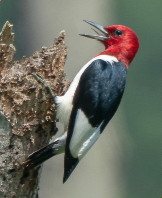 Eastern Australia as far north as Queensland experienced snow
this past Monday. Here, a kangaroo jumps in snow near Lithgow in
the Blue Mountains, New South Wales. From ind.pn/2QPLqLH ... 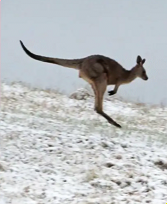 Our painting of the week is "Cottage in Normandy" by Gustave
Loiseau. From bit.ly/2K2IfPW ... 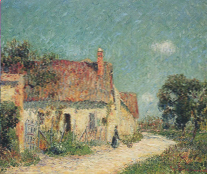 Timmy Thomas Interview about "Why Can't We Live Together" w/ Nardwuar from 2015:
https://www.youtube.com/watch?v=iVGMmEJrUiQ