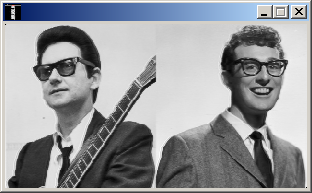 
Welcome to program 105 of Shortwave Radiogram.

Discovered in Gaia data, Antlia 2 could be the star system
scientists have been looking for

The Milky Way survived a galactic hit and run millions of years
ago - and astronomers may have finally found the culprit.

Ten years ago, astrophysicists Sukanya Chakrabarti and Leo Blitz
of the University of California, Berkeley, suggested that ripples
in the outer gas disk of the Milky Way were caused by a collision
with a dwarf galaxy that shook the Milky Way's gas like a pebble
dropped in a pond. The pair made predictions for how massive and
distant the galaxy had to be, as well as roughly where it should
be found. But none of the known dwarf galaxies that orbit the
Milky Way fit the bill.

Now, Chakrabarti thinks she's found her quarry, she reported June
12 in St. Louis at the American Astronomical Society meeting and
in a study posted on arXiv.org.

Last year, astronomers using data from the Gaia space telescope
discovered a new dwarf galaxy called Antlia 2, which has so few
visible stars that its discoverers called it a hidden giant.
Antlia 2's location is "stupidly close" to where Chakrabarti, now
at the Rochester Institute of Technology in N.Y., and Blitz
predicted that the offending dwarf galaxy should be today, she
says.

Its mass is also close to what the surviving remnant of the
colliding galaxy's mass would be, she estimates. And the
collision could even explain why Antlia 2 has so few stars - the
encounter with the Milky Way could have stripped many of them
away.

To make sure Antlia 2 is the culprit, Chakrabarti and her
colleagues have predicted where its stars should be in the next
set of Gaia data, due out in 2020 or 2021. "If this is what's
observed a year from now, I'd say it's indisputable really that
Antlia 2 is the dwarf galaxy that we predicted," she says.

Image: The dim galaxy Antlia 2 (faint glow shown at right in this
illustration) was found orbiting the Milky Way in 2018 ...

The Basel Convention amendment, endorsed only a few weeks ago,
established a framework to stop the dumping of waste plastic on
to developing countries. But some are worried that it is too
little too late.

"Europe can no longer send its plastics problem elsewhere," the
founder of Plasticity, Doug Woodring, says. Plasticity was
founded in 2012 by Ocean Recovery Alliance, an NGO dedicated to
improving the health of the oceans through what Woodring says is
"collaboration, not agitation."

"A solution can be found, but it must be found soon. Success lies
in vision and collaboration across the value chain to find
circular economy solutions that work locally and wherever
European products are consumed," he notes.

Woodring warns that the usual time required to implement Basel
amendments is an invitation for what he calls "unscrupulous
dumping." And then, when fully implemented and enforced, the very
trade needed for global circular economies may be inhibited, he
adds.

At the Basel Conference of the Parties from 29 April to 10 May
2019, governments amended the Basel Convention to include plastic
waste in a legally binding framework intended to make global
trade in plastic waste more transparent and better regulated.

The important consideration here, Woodring says, "which many are
not discussing, is that often government laws are reactionary and
broad-brush in nature."

If you all of a sudden close all borders to the shipment of
commodities, then each country will have to handle its own waste
management, he continues.

"This might sound easy, but for plastic, it is incredibly
difficult and also hazardous, as many countries will end up
burning or dumping it in order to remove it from their
communities, as is done today in much of the nondeveloped world,"
he adds.

Plastic, wasteful and toxic, but enough about me

Many Asian countries, who for a decade and more were the
recipients of the developed world's so-called recyclables, have
now erected broad scale plastic defense mechanisms, essentially
forming environmental trade barriers, Woodring says.

In addition to most of Asia's nations saying they will not take
any more materials for recycling, the Philippines and Malaysia
have recently started sending waste back to their shores of
origin.

Countries that stand to lose heavily in the short term (until
they greatly innovate their way to large-scale domestic capacity
building) include Canada, the US, Spain, Britain, Australia and
Japan, Woodring says.

"Germany incinerates and recycles well, so shouldn't be listed
with the other countries that stand to lose heavily in the short
term. "Germany is, however on the list of countries that China
has said it won't take waste from anymore, so it can expect some
fallout, he adds.

These are resources, like wood, paper, glass, cloth, plastic and
even food/organics, which are used again for another product,
creating value from what would have been waste.

"This is the basis for which the goals of the 'circular economy'
operate – whereby everything is designed for second or multiple
uses, after its initial, first use as a product/package,"
Woodring says.


Kim's note: The following item probably pertains more to North
America, where we are obsessed with perfectly manicured and
perfectly green lawns ...

You might feel bad about having a less-than-manicured lawn,
but it's great for bees and other pollinators.

Beyond supporting healthy ecosystems for other species (including
us), pollinators are key to bringing food to our tables, not to
mention coffee, chocolate, and tequila.

Cutting yourself some slack in the yard can provide pollinators
with food, shelter, and protection from pesticides, three things
they need to survive. You probably shouldn't let it all go and
risk one of those sanctimonious letters from your homeowner's
association, but a lighter touch can make life easier for native
pollinators-and you. Here's how:

1. Learn to love clover and dandelions

Flowering weeds are an important food source for native bees, so
you can feel good about leaving them in your lawn, says Rachel
Mallinger, an assistant professor of pollinator ecology and
conservation with the University of Florida's Institute of Food
and Agricultural Sciences.

"Providing floral resources is probably the number one thing that
people can do, whether that's just providing a few plants on your
balcony, having a whole pollinator garden, or just letting
flowering weeds be."

2. Bare or sandy patches have a function

Unlike honey bees, many species of native bees don't live in
hives or colonies but by themselves in small holes the ground.
When you've got a thin spot in your lawn or part of your garden
that's not covered in thick mulch or weed barrier, you're
providing habitat to native bees.

And you don't have to worry about having wild bees in your yard,
as they don't defend their nests the way social bees and wasps
sometimes do, says Jamie Ellis, professor of honey bee husbandry,
ecology, and conservation.

"In general, it's the social bees and wasps that are the stinging
problems, not the solitary ones," Ellis says. "Solitary bees are
quite gentle."

3. That old stump is also useful

Going easy on insecticides around your home and yard can reduce
unintended harm to beneficial species like bees, Mallinger says.
And when you use pesticides, choose options that are least toxic
to pollinators and follow the instructions on the label, Ellis
suggests. For more information, visit the Honey Bee Research &
Extension Lab's website.

Mowing less often can make your yard more pollinator-friendly.
"Our landscapes don't all have to be really short green grass,"
Mallinger says. "We can have yards and habitats that look more
wild, but that means changing people's way of viewing habitats
and not seeing that as messy or weedy, but seeing that as
actually beneficial."

If the neighbors complain when you skip a week of mowing, you can
say you're doing it for the bees.


Image: "For those of you looking for an alternative to the
typical water-hogging green lawn" the Flowering Lawn Mix from
Decker Rd. Seeds is "a mixture of drought tolerant dwarf grasses,
low-growing flowers, and clover." From bit.ly/2IsFt4M ... 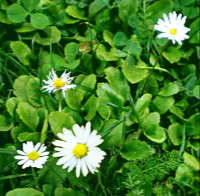 
The Shukhov radio tower in Moscow (Шаболовская башня) was
completed in 1922. Efforts are under way to preserve it. From
bit.ly/2WRYeHA ... 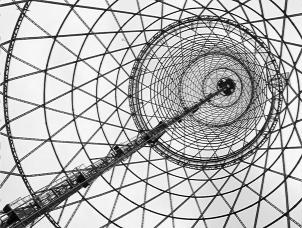 A ship with scarlet sails travels through a drawbridge rising
above the Neva River in St. Petersburg, Russia. From
bit.ly/2XVySVH ...

A butterfly in the lilies at Meadowlark Botanical Gardens in
Vienna, Virginia. From bit.ly/2WSQ38Y ... 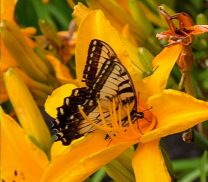 An example from The Atlantic's pictorial The Cold War Bunkers of
Albania. From bit.ly/2x3w8d3 ... 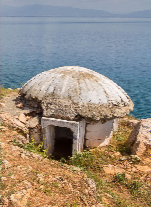 From the Wired pictorial, The English Rose, in All Its
Frankensteined Glory. The skylark has semi-double petals and
gives off a musky fragrance. From bit.ly/2L4tPyC ... 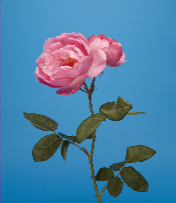 Our (knife) painting of the week is "Summer Colours." From
bit.ly/2XoQAnu ... 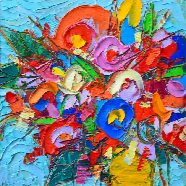 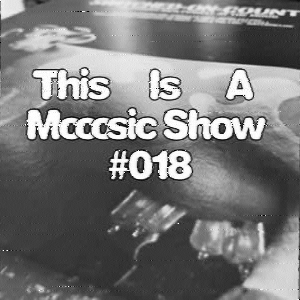