In the USA, when the weather gets like this, we say "hot enough
for you?" ... 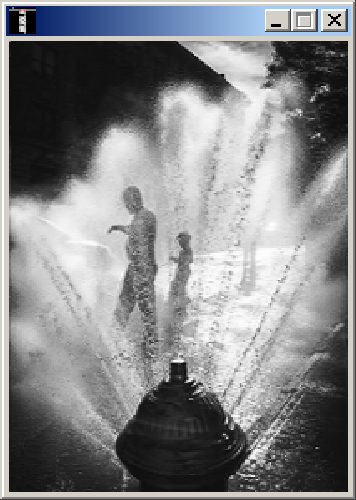 
Welcome to program 106 of Shortwave Radiogram.


Americans to NASA: Focus on Asteroids, Not the Moon

Americans would rather have NASA closely monitor asteroids and
comets that could crash into Earth than send an astronaut to the
moon or Mars.

An Associated Press-NORC Center for Public Affairs Research poll,
released Thursday, found two-thirds of respondents said
monitoring asteroids, comets and "other events in space that
could impact Earth" was "very or extremely important."

Americans also want NASA to do more research to further our
understanding of Earth, the solar system and the universe. But
once again the respondents said they want NASA to conduct the
research using robots, not human astronauts.

Toni Dewey, a 71-year-old retired clerical worker in Wilmington,
N.C., told AP in an interview that machines, rather than humans,
should be explorers.

"It would cost a lot of money to send somebody to Mars," she
said, "and we have roads and bridges that need repaired here."

Dewey is also not too eager to return to the moon, saying: "We’ve
been there."

In fact, only 23% of those surveyed thought we should return to
the moon and only 27% favored a manned mission to Mars.

The poll comes as the White House renews its push for manned
space landings.

During a rally to launch his re-election campaign this week, U.S.
President Donald Trump promised that if he wins a second term,
the country will "lay the foundation" for landing astronauts on
Mars.

Even though he has given NASA a five-year deadline to return an
astronaut to the moon, Trump recently changed his focus.

But either moon, or Mars, the good news for NASA is that 60% of
Americans believe the benefits of space exploration have
justified the cost.

Full of trains, electronics and people packed in like sardines,
subway tunnels are pretty warm places. In theory, all that heat
could present an untapped source of energy, if only it could be
captured. Now, researchers at EPFL have crunched the numbers on
heat transfer in the air of train tunnels, and outlined a
geothermal heat recovery system that could potentially supply
heating and cooling to thousands of nearby homes.

The air in underground railway tunnels and stations is sapping
heat from many different sources. It rises up from the ground.
Trains braking and accelerating heat the air around them. Add in
heat from electronic devices like lights and signals, and body
warmth from all the passengers, and you've got plenty of
potential energy floating around down there. It's no wonder these
places need such complex ventilation and temperature control
systems.

Accurately calculating the amount of heat in the air of train
tunnels has been a difficult task, but now researchers at EPFL's
Soil Mechanics Laboratory (LMS) claim to have cracked it. The
team has developed a model that allows them to precisely
calculate the convection heat transfer coefficient of a given
tunnel environment.

That important formula could be applied to develop systems that
harness the extra energy and pump it back up to the surface,
where it can be used as heating (or cooling) for nearby
apartments.

The concept of the technology works a bit like a giant fridge.
Plastic pipes are built into the walls of the tunnel, and filled
with a heat-transfer fluid – or failing that, just plain old
water. Cold liquid is pumped through the pipes, where it's warmed
by the air in the tunnel and emerges at the surface as a hot
liquid. In summer, the system can be reversed to act as
air-conditioning. Heat can be ferried away from homes and
dispersed into the ground, which tends to naturally stabilize its
own temperature.

The team says the system would be relatively cheap and
energy-efficient to install, and have an expected lifespan up to
a century. The heat pumps are the most vulnerable piece of the
puzzle, needing to be replaced every 25 years or so.

As an example, the researchers applied the model to a metro line
currently in-development in the city of Lausanne, Switzerland,
and calculated the potential benefits to the city.

"Our research shows that fitting the heat-recovery system along
50 to 60 percent of the planned route – or 60,000 sq m (645,000
sq ft) of tunnel surface area – would cover the heating needs of
1,500 standard 80 m2 (860 sq ft) apartments, or as many as 4,000
Minergie-certified energy-efficient units," says Margaux Peltier,
lead researcher on the study. "Switching from gas-fired heating
would cut the city's CO2 emissions by two million tons per year."

This isn't the only attempt to tap into waste energy from the
subway. A few years ago Transport for London trialled a
regenerative braking system for trains in the London Tube that
would feed energy back into the grid.

There's a lot of excess energy all around us, it's just a matter
of finding ways to harvest it.

The research was published in the journal Applied Thermal
Engineering.

After a stint on the sidelines, The Ocean Cleanup Project is
bouncing back into action following a few upgrades to its
trash-catching system. The team was forced to haul in its huge
floating barriers for repairs earlier in the year, and now after
making a few upgrades is hopeful it has a system better equipped
to take on the massive task of plastic pollution in the ocean.

It was October last year that the Ocean Cleanup Project installed
the first version of its trash-collection device. The system is
essentially a 600-meter (2,000-ft) U-shaped barrier that floats
on the ocean's surface with a skirt dangling below.

Propelled by a combination of the ocean currents, surface waves
and wind, the system was supposed to travel faster than the
plastic it was built to collect, which is propelled by the
current alone, allowing it to accumulate within the barrier and
be hauled back to shore by support vessels waiting nearby.

At least that was the theory. The team found that after just a
few months the barrier had become fractured and perhaps more
problematically, was struggling to maintain the speeds required
to gather up the trash. So they hauled it back to shore in
January to make some adjustments

Rather than failures, the team describes these as "unscheduled
learning opportunities" (have to admire the positive attitude).
One of the lessons they've learned, according to CEO Boyan Slat,
is that it doesn't actually matter if the system travels faster
or slower than the plastic. As long as it does one or the other
on a constant basis as it sweeps through the patch, the plastic
should be able to build up.

The upgraded version is now en route to the Great Pacific Garbage
Patch, with the team preparing to test out a couple of new
features to address the previous shortcomings. One is the
attachment of a string of huge inflatable buoys across the
system's opening, which it's hoped will add to the windage of the
system and pull it through the water faster.

If that fails, the team will turn to Plan B, attaching a huge
parachute to the opening. Measuring 20 m (65 ft) across, this is
hoped to serve as an anchor of sorts, slowing the system down so
that it travels at around the same speed as the water. The team
says earlier observations show the plastic can travel much faster
than the water current itself, so this should also allow the
trash to build up within the U-shaped barrier.

The team has also made a few changes to address the durability
issues, building simpler connections between the barrier and
floating skirt and removing large stabilizing structures it says
are no longer necessary. It has also reduced the size of the
barrier by a factor of three and taken a more modular approach to
its construction, allowing the team to deploy the system faster
and make certain alterations without towing it back to shore.

The Ocean Cleanup Project has previously stated its plans to
deploy a fleet of 60 trash-catching systems in the Great Pacific
Garbage Patch, an accumulation of plastic believed to cover 1.6
million sq km (617,000 sq mi), or around three times the size of
continental France. It is unclear how these unscheduled "learning
opportunities" impact that timeline, but the Project imagines a
fleet that size could remove half of that plastic within five
years.


Image: The Ocean Cleanup's system is essentially a 600-meter
(2,000-ft) U-shaped barrier that floats on the ocean’s surface
with a skirt dangling below ...


Shapes in black and white. From bit.ly/2NhfwJC ... 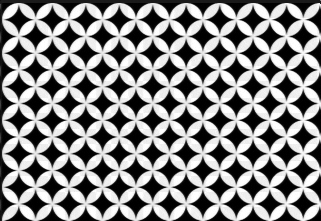 A ship sailing on the Neva River during the Scarlet Sails
festival marking school graduation in St. Petersburg, Russia, on
June 24. From bit.ly/2XbXqNJ ...

Turkish free-diver Sahika Ercumen collects waste from bottom of
the Bosphorus Strait as part of the "Zero Waste Blue Project" on
June 15, 2019 in Istanbul, Turkey. From bit.ly/31V3Xex ... 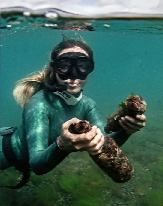 Stephen Miklandric became Virginia’s first Master Angler V by
catching and registering a trophy fish for all 25 different
species of freshwater game fish in Virginia. He released all the
fish after he recorded their weight and length. From
wapo.st/2KCV0kR ...

Daisy, a 3-week-old Barbary macaque, is held by her father at the
Blair Drummond Safari Park near Stirling, Scotland, on Friday,
June 14. From cnn.it/2WXEySO ... 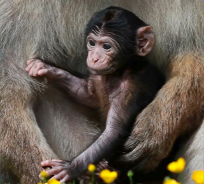 This week's painting is "Hot Day" by the Thai artist Sujin
Wattanawongchai. From bit.ly/2LoAIej ... 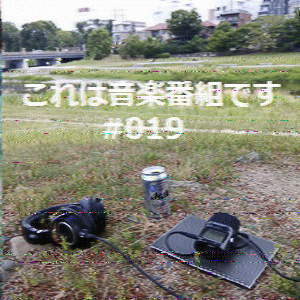