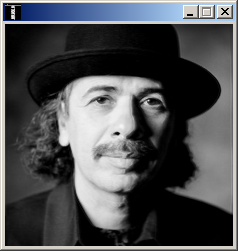 
Welcome to program 109 of Shortwave Radiogram

Earth has 0.9 billion hectares that are suitable for new
forests

A whopping new estimate of the power of planting trees could
rearrange to-do lists for fighting climate change.

Planting trees on 0.9 billion hectares of land could trap about
two-thirds the amount of carbon released by human activities
since the start of the Industrial Revolution, a new study finds.
The planet has that much tree-friendly land available for use.
Without knocking down cities or taking over farms or natural
grasslands, reforested pieces could add up to new tree cover
totaling just about the area of the United States, researchers
report in the July 5 Science.

The new calculation boosts tree planting to a top priority for
gaining some time to fight climate change, says coauthor Tom
Crowther, an ecologist at ETH Zurich. The study used satellite
images to see how densely trees grow naturally in various
ecosystems. Extrapolating from those images showed how much
forest similar land could support. Plant a mix of native species,
he urges. That will help preserve the birds, insects and other
local creatures.

The analysis revealed space to nourish enough trees to capture
some 205 metric gigatons of carbon in about a century. That's
close to 10 times the savings expected from managing
refrigerants, the top item on a list of climate-fighting
strategies from the nonprofit Project Drawdown, a worldwide
network of scientists, advocates and others proposing solutions
to global warming.

The benefit of tree planting will shrivel if people wait, the
researchers warn. Earth's climate could change enough by 2050 to
shrink the places trees can grow by some 223 million hectares if
the world keeps emitting greenhouse gases as it does now, the
analysis suggests.

Still, storing carbon is only one of the ways that trees could
affect climate, says Cat Scott, an atmospheric scientist at the
University of Leeds in England who was not involved in the
research. Just how these other factors play off each other is not
yet clear. She and colleagues have developed computer simulations
of trees contributing to cooling a landscape by releasing
airborne molecules that invite clouds to form.

Even something as simple as the darkness of tree leaves can
change how much heat a landscape absorbs or reflects. Expanding
forests into formerly snow-bright, reflective zones, for
instance, might warm them. In the tropics, however, the enhanced
cooling from clouds might be the more powerful effect.

Ultimately, in the struggle against climate change, such heroic
tree planting merely "buys us time," says study coauthor
Jean-François Bastin, also an ecologist at ETH Zurich. But that's
time human societies could use to stop emitting greenhouse gases,
the real solution to climate change, he says.

When America landed on the moon, the whole world did

It was an American mission to land on the moon. But it would
have been impossible without the rest of the world. The
Apollo program relied on a global network of tracking
stations and their engineers.

Fifty years on from the 1969 moon landing, the emotions still
well up.

"I was driving home when I stopped on a two-lane road. It was
pitch dark, and I got out of the car. I looked up at the moon,
and it was like, 'God, we got two people standing there right
now!' The emotions were very, very strong."

Larry Haug had just finished his shift as a data systems
supervisor at one of NASA's tracking stations at Fresnedillas de
la Oliva, west of Madrid in Spain.

Madrid was one of three sites, where the American space agency
had built radio telescopes to track the progress of its human
space missions.

"It was pride," says Haug down the line from his home in the USA.

From the moment President Kennedy announced in 1961 that America
was going to the moon, they moved fast.

"We had nothing. We hadn't even put our first man in space," says
Haug. "And in eight years we landed two people on the moon. It
was incredible, what we had done."

An American story of global proportions

The Apollo space program is an American story. Most definitely.
It's a Cold War story, too - of a Free World against a closed,
communist world.

And in that sense, it's a global story.

At any rate, the Americans couldn't have done it without the rest
of the world. Not even without the Russians. They were the first
to put a person in space.

That was the spur in America's hind. That was politics.

From a technical point of view, the Americans drew on expertise
from around the world. Technicians and engineers from Europe and
Australia, companies in the UK. And those tracking stations,
where local technicians worked side-by-side with the Americans.

The other two main sites were at Goldstone in the Mojave Desert,
USA, and at Honeysuckle Creek, which is near the Australian
capital, Canberra.

It was the tip of a global network that over the years had
included stations in Kano, Nigeria, in the Pacific (Guam) and
Bermuda, Antigua, Ascension Island, and ships – all hooked up to
control in Houston, Texas.

Together they delivered 24-hour coverage from the near side of
the moon to the Earth.

"The moon tracks around with the Earth from east to west, and it
takes between 12 and 14 hours to make that transit," explains
Haug. "When you look up at the sky, you don't always see the
moon. The people in Houston couldn't see it when we were seeing
it."

Madrid was the primary station when Neil Armstrong and Buzz
Aldrin landed on the moon (while Michael Collins observed from
the Command Module above).

As with the others, Madrid tracked the astronauts' telemetry data
– "Armstrong's heart rate went up to 120, 130 as he was getting
ready to land," recalls Haug.

In fact, TV cameras caught sight of this and streamed it live.
"We got a reprimand for that because that was medical data and
should not have been released!" he adds.

"And when I got off work that night," he says, "we turned
everything over to Honeysuckle Creek for the first step on the
moon."

One giant leap for TV

Who cares whether astronauts ever actually landed on the moon, or
whether it was faked in some hidden American studio?

If you were in Australia in 1969, all you knew was that those
legendary television pictures were being sent around the world
via the Australian bush.

There was Honeysuckle Creek, and the Parkes Radio Telescope.

Parkes was brought into the loop about a month before the landing
once it had become clear from the flight plan that Australia
would be in the moon's line of sight for the astronauts' "giant
leap for mankind."

Gillian Schoenborn worked in the communications section at
Honeysuckle Creek.

Schoenborn and her male colleagues passed reams of paper
messages, with mission instructions, telemetry and medical
updates, through to John Saxon, Ken Lee and Mike Dinn in the
operations room.

She had recently transferred first from the Navy and then a
somewhat "boring" job working with Earth orbital data at Orroral
Valley. Apollo, by contrast, was about people. All the world's
people.

"It was monumental. No two ways about it. At the time, perhaps,
we didn't see how significant it would be, because when you're
living history, you don't realize it, do you?"

The world knew exactly the significance of the 1969 moon landing,
and they were watching it live.

"Everyone in the world was excited," says Colin Mackellar.

Mackellar runs a trove of Apollo history at HoneysuckleCreek.net.

He was awarded a Medal of the Order of Australia (OAM) for
services to community history in the 2019 Australia Day Honors.

By the time he was 12 years old, Mackellar had followed NASA's
Mercury and Gemini missions. They laid the groundwork for Apollo
and inspired Mackellar to study science.

"In the late 70s, I hoped that human missions to the planets
would happen soon, and that there might be a need for geologists
to analyse samples brought back," he says. "But that didn't
happen."

Mackellar became a minister in the Australian Anglican church
instead.

"But the other thing," says Schoenborn, "was that we thought
Apollo 11 was just the first. We thought they're going to do it
forever."

"It was the biggest mistake to stop Apollo," says Haug. "Looking
back, we had Vietnam. That was hugely expensive, and something
had to go."

The 1969 moon landing may have been "driven" by the USA, as Larry
Haug puts it, but it was a global achievement

Haug says there's a a history of such pragmatism in the US
government.

"They did it with Apollo, the Shuttle program, and they're doing
it with the International Space Station," he says. "They don't
have the foresight that science needs." 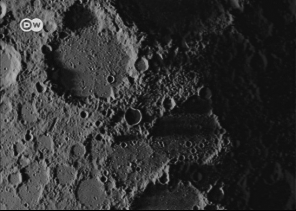 Screen capture from a video taken from the Wilmette Buoy on Lake
Michigan near Chicago. From bit.ly/2GfIS5u ... 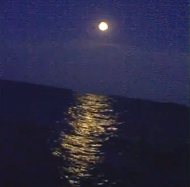 A moon bear rests in a pool at the Vietnam Bear Rescue Centre.
From wapo.st/2NUmp3Z ...

The Saturn V rocket that launched the Apollo 11 astronauts to the
moon 50 years ago was projected on the Washington Monument, July
16. From bit.ly/2LXGpA3 ...

Flamingos walk on Lake Tuz as the sun sets in Turkey's Konya
province on July 9, 2019. From bit.ly/2SkQLvc ...

"A Canadair firefighting plane drops water over a fire that broke
out in the industrial zone of Vitrolles, France, on July 10,
2019. From bit.ly/2SkQLvc ... 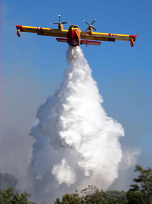 The installation "Everything Is Fine" by Jacques Rival, displayed
in the Moselle River, Metz, France. From bit.ly/2SkQLvc ... 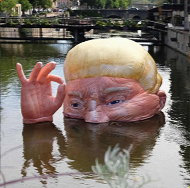 Our painting of the week is "Cat On A Hot Day" by Alice Leggett.
From bit.ly/2SttlUw ... 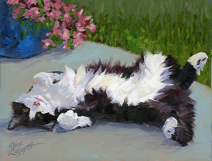 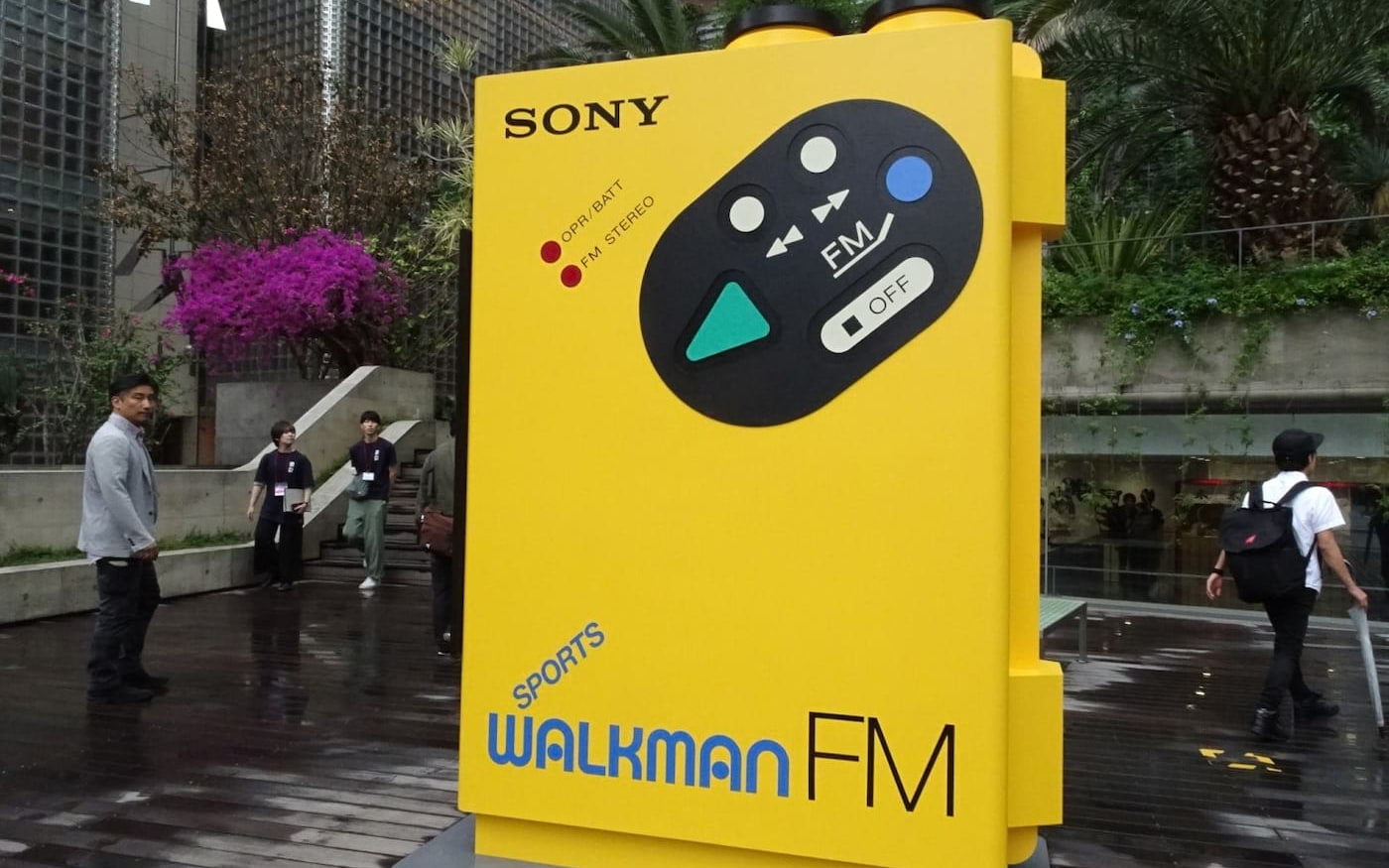