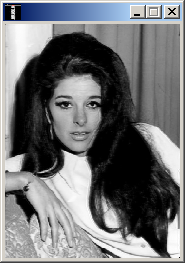 
Welcome to program 110 of Shortwave Radiogram.

SYDNEY - Australian researchers are looking to Africa and the Middle East for drought- and heat-resistant crops as many grain farmers face another failed season.

Key farming regions in southern Queensland are forecast to miss their third winter grain crop in a row. The national crop this year is expected to be about 10 percent below the 10-year average.

Australia's Grains Research and Development Corporation, the GRDC, is carrying out a global search for climate-proof grains. GRDC's northern panel chairman, John Minogue, says crops in Syria and elsewhere in the Middle East and Africa could be adapted to help farmers
become more resilient in the face of a warming climate and less rainfall.

"We have got people in Syria, in Africa, in all of the parts of the world, which have historically had these crops grown for thousands of years," he said. "We have a lot of investments in people on behalf of the grain growers searching the world for plants that are
resistant to drought and also that are able to handle stress conditions and heat, and identifying the germplasm [genetic material] that we can then integrate into the Australian crops."

Large areas of eastern Australia have been in drought for periods ranging from one to seven years. More than 95 percent of New South Wales, Australia's most populous state, is officially in drought.

The national climate outlook for August to October suggests drier-than-average conditions for large parts of Australia, with higher-than-average daytime temperatures across the entire continent.

The new invention is a hyperbolic thermal emitter that can absorb
intense heat that would otherwise spew into the atmosphere,
squeeze it into a narrow bandwidth, and emit it as light that can
be turned into electricity.

The discovery rests on another that Junichiro Kono's group at the
Brown School of Engineering at Rice University made in 2016 when
it found a simple method to make highly aligned, wafer-scale
films of closely packed nanotubes.

Discussions with Gururaj Naik, an assistant professor of
electrical and computer engineering, led the pair to see if the
films could be used to direct "thermal photons."

"Thermal photons are just photons emitted from a hot body," Kono
says. "If you look at something hot with an infrared camera, you
see it glow. The camera is capturing these thermally excited
photons."

Infrared radiation is a component of sunlight that delivers heat
to the planet, but it's only a small part of the electromagnetic
spectrum.

The nanotube films presented an opportunity to isolate
mid-infrared photons that would otherwise be wasted. "That's the
motivation," Naik says. "A study by [co-lead author and graduate
student] Chloe Doiron found that about 20 percent of our
industrial energy consumption is waste heat. That's about three
years of electricity just for the state of Texas. That's a lot of
energy being wasted.

Carbon nanotubes can take the heat

"The most efficient way to turn heat into electricity now is to
use turbines, and steam or some other liquid to drive them," he
says. "They can give you nearly 50 percent conversion efficiency.
Nothing else gets us close to that, but those systems are not
easy to implement." Naik and his colleagues aim to simplify the
task with a compact system that has no moving parts.

The aligned nanotube films are conduits that absorb waste heat
and turn it into narrow-bandwidth photons. Because electrons in
nanotubes can only travel in one direction, the aligned films are
metallic in that direction while insulating in the perpendicular
direction, an effect Naik called hyperbolic dispersion. Thermal
photons can strike the film from any direction, but can only
leave via one.

"Instead of going from heat directly to electricity, we go from
heat to light to electricity," Naik says. "It seems like two
stages would be more efficient than three, but here, that's not
the case."

Naik says adding the emitters to standard solar cells could boost
their efficiency from the current peak of about 22 percent. "By
squeezing all the wasted thermal energy into a small spectral
region, we can turn it into electricity very efficiently," he
says. "The theoretical prediction is that we can get 80 percent
efficiency."

Nanotube films suit the task because they stand up to
temperatures as high as 1,700 degrees Celsius (3,092 degrees
Fahrenheit). Naik's team built proof-of-concept devices that
allowed them to operate at up to 700 C (1,292 F) and confirm
their narrow-band output. To make them, the team patterned arrays
of submicron-scale cavities into the chip-sized films.

"There's an array of such resonators, and each one of them emits
thermal photons in just this narrow spectral window," Naik says.
"We aim to collect them using a photovoltaic cell and convert it
to energy, and show that we can do it with high efficiency."

A paper on the technology appears in ACS Photonics. The Basic
Energy Science program of the Department of Energy, the National
Science Foundation, and the Robert A. Welch Foundation supported
the research. 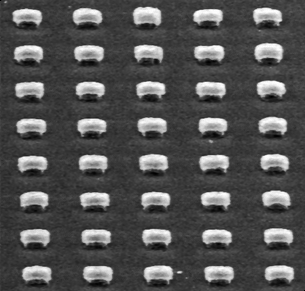 After launching into orbit aboard SpaceX's Falcon Heavy rocket
last month, The Planetary Society's LightSail 2 satellite has now
entered the most critical phase of its mission. The spacecraft
has successfully unfurled its solar sail and begun surfing
through space on the power of the Sun, a milestone moment for a
technology with interstellar potential.

The idea of the Sun propelling things through space dates back as
far as the 17th century, when Johannes Kepler observed comet
tails being blown about by what he believed to be a solar breeze.
Centuries of science since have confirmed that the German
astronomer was onto something, but rather than wind, sunlight
actually exerts tiny amounts of pressure in the form of photons
that can be harnessed for propulsion.

One noteworthy example of this was NASA's Mariner 10 spacecraft,
which ran out of fuel en route to Mercury in 1974 but was able to
use its solar arrays to harness these tiny forces and control its
orientation.And in 2010, the Japan Aerospace Exploration Agency
(JAXA) launched IKAROS toward Venus, which would become the first
spacecraft to demonstrate solar sailing technology in
interplanetary space.

The Planetary Society's plans for the LightSail 2 don't involve
such distant destinations, but the organization hopes to
reinvigorate interest around the technology by making Lightsail 2
the first spacecraft to use sunlight alone to alter its Earth
orbit. Mission control today confirmed that the bread-loaf-sized
spacecraft successfully deployed its solar sail, which is around
the size of a boxing ring, and completed its first orbit in solar
sailing mode.

The thrust provided by the Sun's photons is roughly equal to the
weight of a paperclip, so LightSail 2 won't be going anywhere in
a hurry. But tiny adjustments to the orientation of its sail over
the coming month will change its path ever so slightly, and
hopefully just enough to swing to higher and higher altitudes as
a way of demonstrating controlled flight.

And some will be watching on with a very keen interest in how the
spacecraft fares. This method of propulsion is the same the
Breakthrough Starshot hopes to use to eventually reach the
nearest star system, Alpha Centauri. It says this technology
could help it arrive within around 20 years from launch rather
than the 30,000 or so it would take with today's fastest
spacecraft (though there is a bit more to the mission than that).

The plan is to have LightSail 2 orbit the Earth for a year,
before reigning it in again to burn up in the atmosphere. 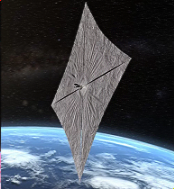 Flowers with butterfly at Meadowlark Botanical Gardens in Vienna,
Virginia, From wapo.st/32NODRm ... 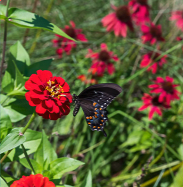 A traveler flying out of Washington saw this double rainbow on 24
July. From bit.ly/2LDsekB ...

An apartment building in Turkey. From bit.ly/2Z9qCCd ...


Titanium is bonded to the quartz in a vaporized form within a
chamber producing these colors. From bit.ly/32TgTSM ...

Our painting of the week is "Harris Hollow Loop from Skyline
Drive" (Virginia) by Nora Harrington. From bit.ly/2K1ZMW3 ... 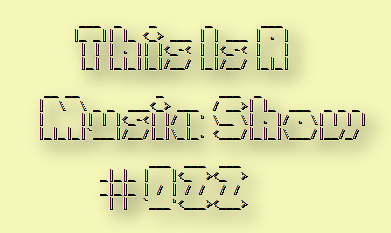