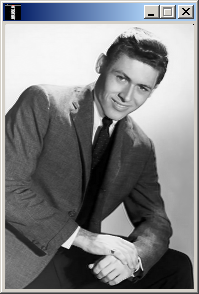 
Welcome to program 111 of Shortwave Radiogram.

Ethiopians planted more than 350 million trees in one day, officials say, in what they believe is a world record.

Ethiopia's minister of innovation and technology, Getahun Mekuria, tweeted estimates of the number of trees being planted throughout the day Monday. By early evening, he said 353,633,660 tree seedlings were planted in 12 hours.

The massive effort is part of Prime Minister Abiy Ahmed's Green Legacy Initiative, which aims to plant more than 4 billion trees between May and October, or 40 trees per person.

The campaign aims to reverse the effects of deforestation and climate change in the drought-prone country. According to the United Nations, Ethiopia's forest coverage was just 4% in the 2000s, down from 35% a century earlier.

Besides ordinary Ethiopians, various international organizations and the business community also joined the exercise, which aims to surpass India's record planting of 66 million trees in 12 hours in 2017. 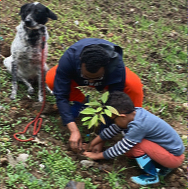 CAMBRIDGE, Mass. - Astronomers have spotted a new kind of planet:
a Neptune-sized world sitting scorchingly close to its star. It
could be in the midst of transforming from a hot, puffy gas giant
to a naked rocky core, astronomer James Jenkins reported July 29
at the TESS Science Conference at MIT.

"This planet is amazing. It's the first of its kind," says
astronomer Elisabeth Adams of the Planetary Science Institute,
who is based in Somerville, Mass. Adams studies larger planets
that orbit close to their stars, but wasn't involved in the
discovery.

The planet, called LTT 9779b, orbits a sunlike star about 260
light-years away. It was discovered by NASA's Transiting
Exoplanet Survey Satellite, or TESS, which launched in April
2018. Data collected by TESS show that the planet swings around
its star once every 19 hours, putting it in a rare class of
planets that orbit incredibly close to their stars.

Most other planets with such close orbits are either Earth-sized
or Jupiter-sized and larger, said Jenkins, of the University of
Chile in Santiago. But LTT 9779b is 4.6 times Earth's size and
29.3 times Earth's mass, placing it right in the middle of those
extremes. Its proximity to its star should heat it to about 2000
kelvins (about 1725° Celsius), making it the first known ultrahot
Neptune, Jenkins said.

One explanation for how close-in planets get cozy with their
stars is that the worlds form farther away and migrate closer
over time. A planet that had a thick, gaseous atmosphere might
lose more and more of that gas the closer it comes to its star,
as the heat evaporates the atmosphere or the star's gravity
steals the gas away.

At about 2.5 million kilometers from its star, LTT 9779b may be
about the closest a planet can physically get before the star
gobbles up all of the atmosphere. If so, it could be a bridge
between exoplanets called hot Jupiters, which are gas giants like
Jupiter but have much closer-in orbits, and smaller, scorched
rocky worlds, Jenkins suggested. The new planet is much smaller
than a hot Jupiter, but still has a thick atmosphere that makes
up about 9 percent of its mass, he said.

The next step is to measure how quickly LTT 9779b is losing mass,
Adams says. If it's rapid, that could explain why no other
ultrahot Neptunes have been discovered: They shift from gas giant
to rocky core too quickly. Finding one mid-transition may have
been a stroke of luck.

Image: Illustration of a large exoplanet losing its atmosphere as
its draws close to its star ...

The market with prefabricated wooden houses in the Czech Republic
is experiencing a major boom, the website ihned.cz reports. While
ten years ago, there were around one thousand prefabricated
wooden houses built in the country, last year it was nearly three
thousand. "Over the past year, the demand has grown by one
fifth," Martin Fojtíko of the company Bidli, which specializes in
low-energy wooden buildings, told the website.

While the price of bricks keeps growing, the price of spruce
timber is at a record low, as a result of the bark beetle
infestation, making wooden houses more accessible.

Compared to brick houses, prefabricated wooden houses are also
considerably faster to build. The assembling of the prefabricated
wooden blocks usually takes only about three months. However,
providers are not able to meet the growing demand and clients
have to wait at least half a year to place their order.

"The demand is so huge that we are no longer able to cover it. We
had to stop accepting orders for the next two years," the company
boss Jirí Pohloudek told the website ihned.cz.

The biggest interest in wooden prefab houses is in the vicinity
of large cities, including Prague, Brno and Ostrava, where prices
of flats are often out of reach for most people.

An average wooden house with an area 150 square meters costs
around three million crowns, while in Prague, that it is price of
a small one-room apartment.

Besides traditional family houses, Czechs are also increasingly
interested in log cabins, which make up about 12 percent of all
the overall production of wooden houses. According to real estate
agents, there is also a growing interest in old wooden houses.

According to real-estate agents, most clients interested in
purchasing wooden houses are people between the ages of 30 to 40,
who are mainly interested in low-energy houses of up to three
million crowns.

The average life-span of a wooden house is currently around 50
years. After this period, the house usually needs to undergo some
major renovation.


Aurora and house in Alaska. From bit.ly/2GDLjPu ... 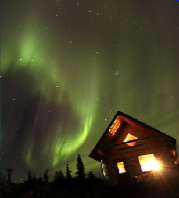 A goldfinch at the National Arboretum in Washington DC. From
wapo.st/334HFaI ... 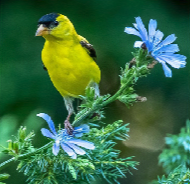 A kingfisher, by wildlife photographer Daniel Hauck, in
Linconshire, England. From bbc.in/3329Wi4 ...

A tiny tree frog in the hydrangeas. From on.natgeo.com/2YxQ8Qs
... 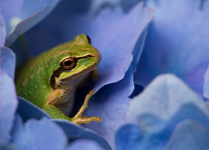 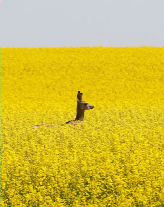 Firefighters monitor a wildfire in Mação municipality of
Portugal. From bit.ly/2OxCaOy ... 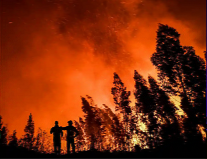 This week's painting is "Open House" (at the since
demolished William Livingstone House in Detroit)
by Lowell Boileau. From bit.ly/3367tDy ...

“Everybody on the planet cant be the same...

so accept and respect the difference...

be greatful that your voice and ideals are genuinely your own”

Ras G - In The Studio (interview segment by FACTMagazine)
https://www.youtube.com/watch?v=n_bKFyJYA1c