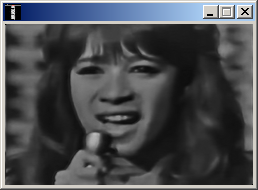 Screenshot of the Ronettes on ABC's "Shindig," August 11, 1965:
youtu.be/jrVbawRPO7I

Welcome to program 112 of Shortwave Radiogram.

Czech restaurants throw out tons of food every day. Many would
like to give it away to the needy but strict health norms prevent
that. Now a restaurant in Louny, north-west of Prague, has
launched its own – somewhat drastic – battle against leftovers,
telling guests to "eat up – or pay up."

Food squandering is a serious problem in homes, supermarkets,
canteens and restaurants and although people don't like to see
food wasted, very few do anything about it. Restaurants admit
they throw out around 10 kilograms of food every day. Petr, a
waiter from a restaurant in Litvinov, says there seems to be no
way around the problem.

"We throw left-overs in the garbage can, around 5 to 10 kilos
every day. Most often the left-overs are vegetables and other
side dishes. Clients expect them. If there is no side dish, they
complain. When we give it to them, they often leave it
untouched."

Some restaurants in smaller towns give away their left-overs to
the locals to be used as animal feed. However most simply throw
them away.

Now a restaurant near the town of Louny has launched its own
battle against food squandering. After years of throwing away
leftovers, the owner introduced a self-service system with a
buffet offering vegetables and other side dishes. People can pile
as much as they want onto their plate but they have to eat up –
or else get a 50 crown fine added to their bill.

The restaurant's owner Jan Kristina Trojánková said it seemed
like a sensible solution.

"The idea is to make people stop and think about how much they
are going to eat. People order stuff and leave it. They expect to
get four or six dumplings on their plate but they only eat two.
So what we are saying is – take what you want to eat, try it and
come back for more if you want an extra helping, but don't leave
your plate half-full."

Surprisingly, the move has not put visitors off and they seem to
accept it with good grace. As for the owner, she says that since
the change was introduced they barely have any left-overs.

In about five billion years' time, the Sun will grow into a red
giant, probably swallowing the Earth and putting an end to any
and all life that's still kicking then. As this material is shed
off, the Sun itself will become a small, dim, white dwarf star,
and the Earth will be blasted into a dead core of a planet. But
according to a new study, any aliens out there might still be
able to pick up radio waves from this planetary core – for up to
a billion years.

It's long been hypothesized that planetary cores should exist
around white dwarfs, left behind after the red giants blast away
their atmosphere and mantle. So far only one possible fragment is
believed to have been spotted, just a few months ago around a
white dwarf some 40 light-years from Earth. But generally, it
hasn't been known how easily these cores would be to detect, or
how we can detect them.

So for the new study, researchers from the University of Warwick
set out to determine how long they may be detectable for, and
which white dwarfs are the best candidates to start the search.

The team says that these planetary cores could be detectable
through the radio waves they give off. The magnetic field of a
white dwarf can actually interact with the planetary core if it's
metallic enough, creating a unipolar inductor circuit. Radiation
from that circuit can then be detected by radio telescopes here
on Earth, in the form of radio waves.

But would these cores survive long enough to be detectable at
all? According to the researchers, yes. They ran models of
different scenarios and found that some cores would survive for
more than 100 million years, and in some cases maybe as long as a
billion years. That gives us plenty of time to notice them.

The researchers identified under which scenarios the cores would
be most likely to survive, a finding that can give them a clue as
to where to start looking.

"There is a sweet spot for detecting these planetary cores: a
core too close to the white dwarf would be destroyed by tidal
forces, and a core too far away would not be detectable," says
Dimitri Veras, lead author of the study. "Also, if the magnetic
field is too strong, it would push the core into the white dwarf,
destroying it. Hence, we should only look for planets around
those white dwarfs with weaker magnetic fields at a separation
between about 3 solar radii and the Mercury-Sun distance."

With this research under their belts, the astronomers hope to
begin using radio telescopes to search for planetary cores – and
possibly even still-living planets – around white dwarfs.

The research was published in the journal Monthly Notices of the
Royal Astronomical Society.

Image: A Chandra X-ray image of the globular cluster NGC 6388,
where astronomers have previously found evidence of planets
destroyed by white dwarf stars ...

How the 5 riskiest U.S. cities for coastal flooding are preparing
for rising tides

The five U.S. cities most at risk from coastal flooding have
begun to make plans for adapting to rising sea levels. Some are
further along than others. Here's where their flood resilience
efforts stand:

Florida's flooding risk comes not just from storms and high tides
but also from water seeping up through the porous limestone that
underlies much of the state. After 2017's Hurricane Irma caused
more than $50 billion in damage, Miami residents voted in favor
of a new tax to fund coastal flooding resilience projects across
the city. The first project, in the city's low-lying Fair Isle
neighborhood, broke ground in March and will construct a drainage
collection system and raise roadways.

In 2012, Hurricane Sandy hit New York City with a 3.4-meter storm
tide, causing over $19 billion in damage. Although there are now
several programs to guide rebuilding and resiliency efforts, few
adaptation projects have come to fruition, says Robert
Freudenberg, an environmental planner with the Regional Plan
Association in New York City. In March, the New York City Panel
on Climate Change released a report and new flooding maps. In
May, the city's Office of Emergency Management began installing
sandbags around lower Manhattan as a temporary measure to protect
the waterfront while more permanent solutions are considered.

Louisiana is one of the most flood-prone states, thanks to a
combination of rising sea level, sinking landmass and the
floodprone natures of the Mississippi and Atchafalaya rivers.
Sinking in particular is a major problem as the river sediments
that once replenished coastal land are blocked by levees, unable
to refill riverbanks and estuaries. Since 1930, nearly 5,000
square kilometers of land have been inundated with water, with
10,000 square kilometers imperiled in the next 50 years. This
loss of protective marshland leaves New Orleans more exposed to
Gulf storms and flooding. In May, Louisiana released a $40
billion plan called LA SAFE to build needed levees, restore
shorelines and, if necessary, relocate entire communities at risk
from flooding. The first LA SAFE projects are slated for
completion in 2022.

Like much of southern Florida, the Tampa Bay region already sees
regular flooding during high tides and storms. Since 1952, sea
levels in Tampa Bay are up by about 18 centimeters. In April,
Tampa's Climate Science Advisory Panel recommended that the city
begin preparing for seas to rise an extra 30 to 76 centimeters by
2050 and 60 to 260 centimeters by 2100. Those ranges are NOAA's
predictions for sea level rise, depending on different climate
change scenarios. A timeline for starting adaptation projects
hasn't been announced.

With neighborhood-level projections for future sea level rise in
hand, the city of Boston has district-level projects completed
for East Boston, Charlestown and South Boston. A deployable flood
wall is being installed along the East Boston Greenway and a
section of Main Street in Charlestown is being elevated to
protect the adjacent neighborhood. In several areas, including
around South Boston and the Seaport, concrete is being removed
and replaced by floodable parks and green space. Mayor Martin
Walsh has pledged 10 percent of the city's $3.49 billion capital
budget in 2020 for such resiliency projects.

Image: Morrissey Boulevard, near the campus of University
of Massachusetts Boston, gets hit several times a year during
high tides ... 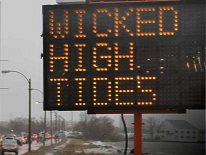 
A stairwell at the Treasury Building, next door to the White
House, in Washington DC. From bit.ly/2Yky8h2 ... 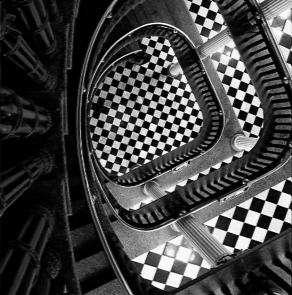 Lightning and the US Capitol during the past week's
thunderstorms. From bit.ly/2YTvKsW ...

Lightning and the White House during the past week's
thunderstorms. From bit.ly/2MMxqSN ... 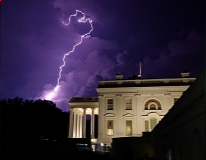 Fireworks in Vancouver BC during the Honda Celebration of Light,
3 August. From bit.ly/2ThP169 ... 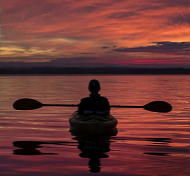 Our painting of the week is really a computerized portrayal of
the jet stream pattern on 24 July. Europe is center, North
America upper left. From wapo.st/2OVr0TU ...