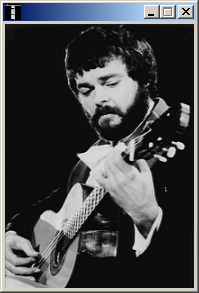 Welcome to program 114 of Shortwave Radiogram.

The arrival of the $141 million Chandrayaan-2 probe comes nearly
a month after it was launched into space aboard India's powerful
Geosynchronous Satellite Launch Vehicle Mark Three rocket. The
probe will orbit the moon for two weeks before its Vikram lander
— named after Vikram Sarabhai, the scientist regarded as the
"father" of India's space program — will undock from the
mothership and land on the moon's South Pole. It will then
release a small rover dubbed Pragyan that will roam for 14 days,
mapping the moon's surface, conducting experiments to search for
signs of water and assessing its topography and geology.

If the planned September 7 landing is successful, India will join
the United States, Russia and China as the only nations to
achieve a soft landing of a spacecraft on the moon. It will also
become the first nation to attempt a controlled landing on the
moon's South Pole.

Although India was a relative latecomer to the space race, it has
developed a reputation for conducting its space explorations at a
fraction of the cost spent by countries like the United States.
It first placed an unmanned spacecraft in lunar orbit in 2008,
which helped confirm the presence of water on the lunar surface.

Among other goalposts India has set in the coming years is to put
a space station in orbit, an astronaut in space by 2022, a
robotic mission to Mars and a mission to explore the sun. 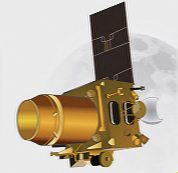 NASA recently doubled the rate at which data from the
International Space Station returns to Earth, paving the way for
similar future upgrades on Gateway, NASA's upcoming outpost in
lunar orbit, and other exploration missions. This new data rate
will enable the space station to send back more science data
faster than ever before.

NASA's missions, both near and far, rely on quick and effective
communications to relay critical mission data to control centers
and scientists here on Earth. The station now supports a 600
megabit-per-second (Mbps) connection, doubling the amount of data
that the station can transmit and receive at a time.

The space station communicates with Earth through radio frequency
signals using a system of Tracking and Data Relay Satellites
(TDRS) and ground-based antennas called the Space Network. The
TDRS are placed in a high orbit above the Earth, over various
strategic locations so that they can relay data to the ground
from anywhere in orbit. Landlines then send the signal to various
NASA centers, and their computer systems turn the radio signal
back into readable data. To send data back, the process repeats
in the other direction. This happens with less than a one-second
delay in communication.

"This project demonstrated that advanced radio frequency
waveforms can be used efficiently to increase data rates and
improve performance for high-rate communication services," said
Risha George, the upgrade project lead for the Space Network.
"Operational use of these advanced waveforms proves that they can
also be used for future missions, such as on the Gateway, a small
spaceship that will orbit the Moon and provide a stepping stone
to human exploration on Mars."

Several components in this global communications system were
upgraded to support the increased data rate, including a new
digital ground architecture for the Space Network. Technicians
updated the space station's software-based modem, improved data
processors at various NASA centers, and enhanced routers,
interfaces and other equipment and software at the ground
stations. The circuits and bandwidth of the terrestrial data
lines between the various Earth-based components were also
upgraded. The team then performed extensive testing to ensure the
upgrades worked correctly. All of this was done while still
providing real-time support to the more than 40 missions the
network regularly supports.

"Partnerships like this are crucial to our continued success as
an agency," said Penny Roberts, the upgrade project lead for the
space station. "Our continued partnership will transition us to
600 Mbps, and who knows where else we will go together." 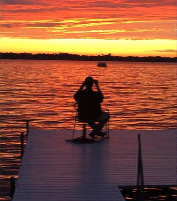 In North Dakota, bright fields of sunflowers reach their peak
during August. From cnn.it/2ZiwqbF ...

Rainbow and lightning captured in one photo in Chambersburg,
Pennsylvania. From bit.ly/2ZuiShD ... 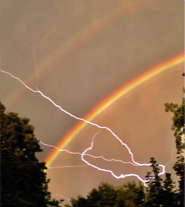 A duckling swimming in Japan. From bit.ly/2TSdMX2 ...

A mother and baby rhino in a sandstorm. From bit.ly/2TYHud8 ...

Dogs sit outside a home early in the morning in Kulusuk,
Greenland. From bit.ly/2Zczo6k ... 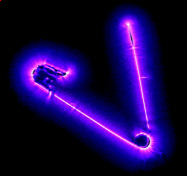 A close-up of a soap bubble. From cnn.it/2L6z0fI

Our painting of the week is "Summer Moon" by Denys Golemenkov.
From bit.ly/2ZohzR4 ... 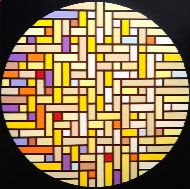