Van Morrison was born in Northern Ireland on August 31, 1945. 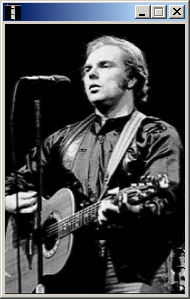 Welcome to program 115 of Shortwave Radiogram.

Happy birthday to the Mini

Happy birthday to the Mini! Sixty years ago (August 26, 1959),
the British Motor Corporation first showed its new compact car.
Announced under two brands, as the Morris Mini-Minor and the
Austin Seven, the identical four-seaters designed by Alec
Issigonis began a dynasty that continues to this day.

The classic Mini went out of production in the year 2000, with
5,387,862 units produced, making it the world’s most successful
compact car. After a break of not quite a year, a new chapter in
the history of the brand opened up in 2001, carrying forward the
ideas of by-then knighted Sir Alec Issigonis into the 21st
century.

The new generation Mini Hatch/Hardtop went on sale in July 2001
and was an immediate sales success, with an all-new second
generation of the Hardtop/Hatch model launched on November 18,
2006. Mini seems to be extraordinarily good at getting its
milestone birthdays lined up, as November 18, 2006 was the 100th
birthday of Sir Alec Issigonis.

Celebrations are in full swing around the world at present, with
another milestone conveniently coinciding with the 60th birthday
of the brand as the 10 millionth Mini was produced a few weeks
ago on July 24, 2019.

Production rates for the latest generation of the Mini have never
been greater. A workforce of 4,500 employees now creates a new
car every 67 seconds.

Image: Sir Alec Issigonis celebrates one of the many milestones
of the Mini dynasty ... 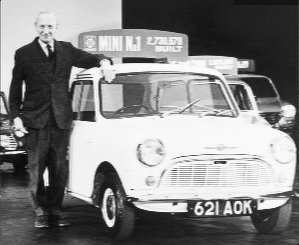 NASA has confirmed that a new atomic clock currently in low-Earth
orbit has been switched on. Launched atop a SpaceX Falcon Heavy
rocket on June 25, 2019 at 2:30 am EDT from the Kennedy Space
Center in Florida, the Deep Space Atomic Clock (DSAC) is a
miniaturized, ultra-precise mercury-ion atomic clock that is
smaller, more accurate, and more rugged than any other atomic
clock previously sent into space.

About the size of a toaster, the DSAC was confirmed as activated
by NASA engineers on August 23 after weeks of in-orbit testing
before powering up. Its purpose is to help solve the problem of
how to build a spacecraft for deep space missions that can
autonomously handle its own navigation problems with minimal help
from Earth.

As on Earth, navigation in space is based on having clocks that
are as precise and accurate as possible – and that means an
atomic clock. Unfortunately, previous generations of such
timepieces have either been too large, heavy and dependent on
consumables to fly in space, or weren't as accurate or rugged
enough to be practical for deep space missions.

Because of these limitations, missions to the Moon and beyond
have relied on two-way radio communications by NASA's Deep Space
Network or other deep space tracking systems. A precisely
timestamped signal generated by an atomic clock is transmitted
from Earth, received by the probe, and retransmitted home. The
time for the round trip is measured against the timestamp and the
distance to the spacecraft can be calculated.

This is very time-consuming, reduces the number of craft that a
network can serve, and isn't suitable for probes that have to
handle very complicated orbital maneuvers in a short time when it
takes minutes or hours for signals to travel to and from Earth.
To open the way to more ambitious deep space missions, the Jet
Propulsion Laboratory (JPL) in Pasadena, California developed
DSAC.

The DSAC's main selling point is that it doesn't rely on
consumables to work – a desirable trait for deep space missions.
Instead, it uses mercury ions with a hyperfine transition
frequency of 40.5 GHz. This allows the DSAC to set the frequency
output of a quartz oscillator to a near-constant value by
confining the ions with electric fields, which are protected in
turn by magnetic fields and shielding to keep out interference,
including temperature and magnetic variations.

The end product is an atomic clock that is both highly accurate
and very rugged. According to NASA, the DSAC is 50 times more
accurate than the atomic clocks used in GPS satellites – losing
just one second in 10 million years.

The DSAC has already been extensively tested on Earth and will
now be monitored over the next year at the nanosecond level to
determine how well it works under actual space conditions.

"The goal of the space experiment is to put the Deep Space Atomic
Clock in the context of an operating spacecraft – complete with
the things that affect the stability and accuracy of a clock –
and see if it performs at the level we think it will, with orders
of magnitude more stability than existing space clocks," says
navigator Todd Ely, principal investigator of the project at JPL.


Image: Artist's concept of the DSAC ...

A cat in a Washington DC alley. From bit.ly/2Zrwyus ... 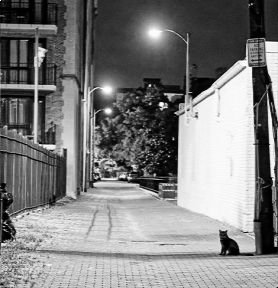 "When you accidentally open the front facing camera." From
bit.ly/2Hu4wU0 ...       "....Leider existiert diese Seite nicht mehr. / Unfortunately, this page does not exist anymore...." 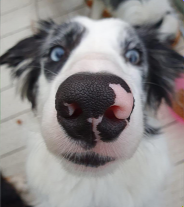 Sunset over the Potomac River between Washington DC and
Arlington, Virginia. From bit.ly/2ZAM2LY ... 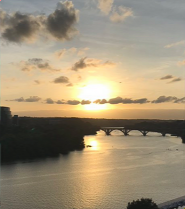 The Capital Wheel at National Harbor in Maryland, just south of
Washington DC. From wapo.st/2LgKjlF ... 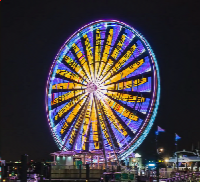 Silhouetted giraffes in the Maasai Mara, Kenya. From
on.natgeo.com/2ZyDeWF ... 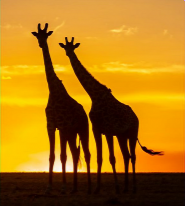 The RAF Red Arrows display team over the waters of Greece. From
bit.ly/2Ztt4mo ... 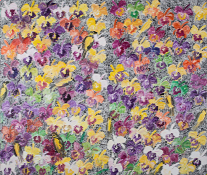 
This is Shortwave Radiogram in BPSK63F centered on 95 Hz


This is Shortwave Radiogram in BPSK63F centered on 85 Hz


This is Shortwave Radiogram in BPSK63F centered on 75 Hz


This is Shortwave Radiogram in BPSK63F centered on 65 Hz