Welcome to program 116 of Shortwave Radiogram.

Here is the lineup for today's program in modes as noted:

Undersea sensor is powered by sound waves from the surface

For continuously gathering information on ocean conditions, one
thing that's been proposed is a network of sensors that would
transmit data from the sea floor. Changing their batteries,
however, could be quite challenging. That's where a new MIT
system is designed to come in.

Created by a team led by Asst. Prof. Fadel Adib, the setup
consists of two main parts: a battery-less seabed sensor, and a
surface-located transmitter/receiver. The latter is
battery-powered, and could be put on a boat, an anchored buoy, or
the shore.

At regular intervals, the transmitter sends an acoustic wave down
through the water, to the sensor. That wave causes piezoelectric
material within the sensor to vibrate, generating a weak
electrical current. The sensor then utilizes that current to
reflect a modified acoustic signal back up to the receiver – it's
similar to the fashion in which existing RFID (radio frequency
identification) labels work.

That signal actually consists of some acoustic waves, and some
gaps between them in which no wave is reflected. Because the
receiver interprets the waves and gaps as 1s and 0s, the sensor
is thus able to transmit oceanographic data in the form of binary
code.

In water-tank tests, the "Piezo-Acoustic Backscatter System" has
already been successfully used to transmit three kilobytes per
second of accurate data, from two sensors simultaneously at a
distance of 10 meters (33 ft) between sensor and receiver. That
data consisted of water temperature and water pressure.

Down the road, an interconnected network of the sensors might
also be used for applications such as studying climate change and
tracking marine life over extended periods of time. The devices
could even be placed in lakes or seas on other planets, providing
longer-term monitoring than would be possible via occasional
visits from spacecraft.

"How can you put a sensor under the water on Titan that lasts for
long periods of time in a place that's difficult to get energy?"
says Adib. "Sensors that communicate without a battery open up
possibilities for sensing in extreme environments."

Over the coming decade, Germany's electricity grid will need
upgrades to enable it to recharge tens of millions of
electric cars. Rather than being worried, experts seem to be
looking forward to the technical challenge.

On a quiet suburban residential street in Ostfildern, a town a
few miles southeast of Stuttgart, 10 households are participating
in an experiment that will help shape the future of e-mobility in
Germany.

Netze BW, a company that maintains and runs part of the
electricity grid in the southern German state of
Baden-Württemberg, is running the experiment, which is called
E-Mobility Alley.

The point of the 18-month experiment is to find out what happens
when all the households on a typical German street, all of them
on the same electricity circuit, drive electric cars. It's a
model of the future. How do e-car recharging patterns typically
unfold over the course of a week? When do peak loads occur? What
kinds of battery storage solutions might be useful for
stabilizing grid supply and demand?

A 22-kW peak-capacity EV recharging unit was installed in a wall
box at each house, and each household was given an e-car for the
test's duration, with five VW e-Golf, two BMW i3, and three
Renault Zoe e-cars in the mix. In addition, there's a Tesla Model
S 75D, which each household will drive for three weeks.

Engineers rub their hands in glee

Martin Braun is head of Electricity Grid Planning and Operation
at Fraunhofer IEE, the Fraunhofer Institute for Energy Economics
and Energy System Technology in Kassel. His team provides grid
modeling studies, consulting, measurement, and testing services
to the grid industry, and it's helping Netze BW with the
E-Mobility Alley experiment.

"We're actively working on how future e-mobility demand can be
cost-effectively integrated into electricity grids, and a stable,
reliable electricity supply ensured," Braun told DW, referring to
a time, just a few years from now, when first millions, then tens
of millions of electric cars and trucks are supposed to be
rolling quietly along Germany's roads.

What will happen when commuters returning home in the evening all
plug in their EVs (electric vehicles) at more or less the same
time? Could the sudden spike in power demand cause overloads,
leading local transformers in villages or suburbs to overheat and
blow out?

The engineers are confident

The short answer, according to both Braun and professor Oliver
Brückl of the East Bavarian Technical University in Regensburg,
is "no," everything will be fine — as long as appropriate grid
upgrades are made in time.

"Our studies show that in many local electricity distribution
grids, no adjustments will be required," Braun told DW.

"They're strong enough already. About 80% of the required
upgrades for the state of Hesse will be needed in a subset
comprising about 20% of local, low-voltage grids." Those are the
neighborhood grids that deliver electricity to end users.

Oliver Brückl is director of a research project called "neos,"
whose mission is to figure out exactly what upgrades will be
necessary to ensure a stable and secure grid in Bavaria, in a
future buzzing with ever more EVs.

Braun and Brückl both emphasized that e-cars weren't the only
reason grid upgrades were necessary. On the demand side, local
grids will also have to integrate a rising number of electrically
powered heat pumps and electric heaters, which will increasingly
be used to substitute for natural gas fired heating of buildings.

On the supply side, grids will have to deal with the fact that
the proportion of Germany's electricity supply derived from
variable solar and wind power is rising year on year, and will
eventually go to nearly 100%.

They're not worried. "The grid operators already have technical
solutions in hand; the toolkit is extensive and it keeps getting
bigger and better," Brückl said. "A lot has happened in this area
over the past few years."

Two things became apparent in DW's interviews with Braun and
Brückl: First, Germany's engineering community is confident it
can cost-effectively deal with the grid upgrades needed. And
second, they're enjoying the challenge. It's just the kind of
complex systems with multiple moving parts involved that gets
engineers up in the morning.


The streets were deserted in downtown Daytona Beach, Florida, as
Hurricane Dorian passed 140 km offshore on Wednesday. From
wapo.st/2lTBzsC ... 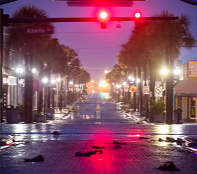 Fireworks near the dome and basilica at the university of Notre
Dame near South Bend, Indiana. From bit.ly/2ktlKsg ...

This landing transport airplane is one of the winners of the 2019
Royal Air Force Photographic Competition. From bit.ly/2lzmkF9 ... 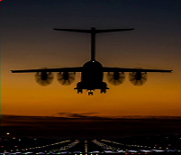 An offering of apricots rests on the railing of a pavilion in
Tokyo’s Shinjuku Gyoen National Garden. From bit.ly/2ktl1rb ... 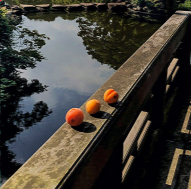 The sun rises amid smoke from a burning tract of Amazon jungle as
it is cleared by loggers and farmers near Porto Velho, Brazil.
From bit.ly/2kurCBG ... 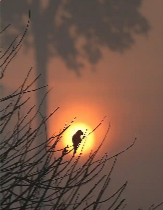 Our painting of the week is an engraving, "Rope bridge over the
Chambo River at Penipe Ecuador" (1802), by Alexander von
Humboldt. From bit.ly/2k1q5To ...

This week's hidden message is in Thor Micro centered on 70 Hz.

You will need to manually select Thor Micro and set the audio
frequency to 70 Hz.

Text will not begin printing until a few seconds after the Thor
Micro trace is seen in the waterfall.

This is Shortwave Radiogram in Thor Micro centered on 70 Hz