Two former members of the band Lynyrd Skynyrd were born on
September 14, 1949. 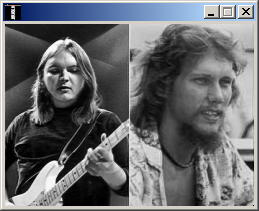 Welcome to program 117 of Shortwave Radiogram.

A media watchdog has determined that Eritrea is the world's most
censored country.

Eritrea topped the list of the 10 most censored countries in a
report released Tuesday by the New York-based Committee to
Protect Journalists.

In addition to maintaining a legal monopoly on Eritrea's
broadcast media and control over state media journalists, the
watchdog said alternate sources of information such as the
government-controlled internet and exiled radio stations are
restricted. The report also labled the Eritrean government as
"the worst jailer of journalists in sub-Saharan Africa," noting
at least 16 journalists had been jailed since December 2018.

Rounding out the top three countries are North Korea and
Turkmenistan, where the CPJ said "the media serves as a
mouthpiece of the state" and "any independent journalism is
conducted from exile."

The report said exceptions have been made for the "few foreign
journalists" who are allowed in those countries but "are closely
monitored."

The Universal Declaration of Human Rights says everyone has the
right to access news and express opinions. But the CPJ report
said the 10 worst countries "flout the international standard by
banning or severely restricting independent media and
intimidating journalists into silence with imprisonment, digital
and physical surveillance, and other forms of harassment."

The report said "harassment and arbitrary detention" and
"sophisticated surveillance and "targeted hacking" are
particularly effective methods used by Saudi Arabia, China,
Vietnam and Iran — which follow Turkmenistan as the worst regimes
to silence the media.

Completing the 10 most censored list are Equatorial Guinea,
Belarus and Cuba.

CPJ also noted conditions for journalists and press freedom in
the war-torn countries of Syria and Yemen are "extremely
difficult, but not necessarily attributable solely to government
censorship."

CPJ Executive Director Joel Simon said the internet has not
rendered censorship obsolete throughout the world as expected.

"Many of the world's most censured countries are highly wired,
with active online communities," said Simon. "These governments
combine old-style brutality with new technology, often purchased
from Western countries, to stifle dissent and control by the
media."

The watchdog said China has the most sophisticated censorship
apparatus, citing the "Great Firewall" that blocks Chinese
internet users and the regime's monitoring of domestic social
media networks and its surveillance of international journalists.

Water is crucial to life as we know it, so it's one of the key
things astronomers look out for on exoplanets. And now, water
vapor has been detected in the atmosphere of a potentially
habitable exoplanet for the first time.

Water vapor has turned up on planets outside our solar system
before, but none of those were anything close to liveable. These
worlds include broiling hot versions of our own Jupiter, Saturn
and Neptune, and steamy Super-Earths that are more water than
rock.

But this new discovery of atmospheric water vapor is more
promising. The planet in question is known as K2-18b, and orbits
a red dwarf star some 110 light-years away in the constellation
of Leo. It's rocky and Earth-like, measuring 2.25 times wider and
eight times more massive than our home planet.

Most exciting of all, however, is that K2-18b orbits its star
within the habitable zone, a region where conditions and
temperatures are just right for water to pool as a liquid on the
surface. This is the first time water has been found in the
atmosphere of a planet within this zone, making it the most
habitable exoplanet we know of so far.

But before you start packing your bags, it's important to note
that "potentially habitable" doesn't necessarily mean for humans.
Because of its larger size, the gravity at the surface would be
much stronger than it is here on Earth. And red dwarf stars are
known to be more active than our Sun, so the planet would be
bombarded by stronger UV radiation than we're used to.

Humans wouldn't find K2-18b very homely, but it's not always
about us. This planet could be a paradise to any local life that
evolved under those conditions, and as it stands it might
currently be our best shot at finding extraterrestrial life.

"Finding water in a potentially habitable world other than Earth
is incredibly exciting," says Angelos Tsiaras, first author of
the study, "K2-18b is not 'Earth 2.0' as it is significantly
heavier and has a different atmospheric composition. However, it
brings us closer to answering the fundamental question: Is the
Earth unique?"

The planet itself was discovered by Kepler back in 2015, but the
water was only just detected in archive Hubble data from 2016 and
2017. The team behind the find developed new algorithms that
analyzed light from the host star as it filtered through the
planet's atmosphere. This revealed the molecular signature of
water vapor, as well as hydrogen and helium.

The discovery makes K2-18b one of the most intriguing targets for
future observations with more powerful telescopes, such as James
Webb and ARIEL. Further study could help determine just how much
water there is in the atmosphere, how much cloud coverage there
is, and most importantly whether nitrogen and methane are also
present. If so, this would strengthen the case for life on
K2-18b. 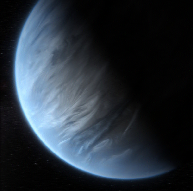 Sunset at the Inner Harbor in Baltimore. From bit.ly/2kh1Sss

The southern black-throated finch is thought to be extinct in New
South Wales, and only an estimated 1,000 are left in the wild in
Queensland. From bit.ly/2xcof3R ...

Cyclists cross a colorful footbridge in a park in Shandong
province, China. From bit.ly/2kinSmO ... 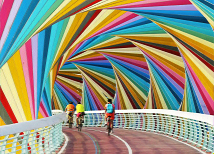 A schooner sails close to an iceberg off Greenland. From
on.natgeo.com/2lHq6MD ... 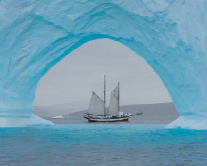 Our painting of the week is by popular TV artist Bob Ross, who
will have his first solo show in Purcellville, Virginia, 24 years
after his death. From cnn.it/2ky7f6P ...

As the RSID probably won't work, you will have to change the mode
and audio frequency manually.