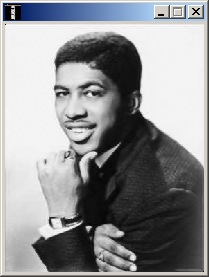 Welcome to program 119 of Shortwave Radiogram

With an ability to soak up 99.96 percent of the light that hits
it, the material known as Vantablack has earned plenty of
attention as the world's blackest material, with scientists
testing it in space and BMW using it to give its X6 SUV an
eye-catching paint job. But MIT engineers are now claiming to
have produced a material 10 times blacker than anything before
it, an advance that could have useful benefits for space
exploration in particular.

The new material actually came about by accident in a way, as MIT
engineers led by professor of aeronautics and astronautics Brian
Wardle were experimenting with the electrical conductivity of
carbon nanotubes (CNTs) grown on materials such as aluminum. But
in finding a solution to a problem they encountered along the
way, the team may have inadvertently discovered a way to take
ultra-black materials into even darker territory.

When attempting to grow CNTs on alumnium, which is actually how
Vantablack and other ultra-black materials are produced together
with chemical vapor deposition, the team kept finding layers of
oxide forming as the aluminum was exposed to air. But by soaking
the aluminum foil in saltwater before placing it in the oven to
grow their CNTs, the team was able to avoid the oxide layer
altogether.

Without the oxide layer to contend with, the team was then able
to grow the carbon nanotubes on the aluminum at far lower
temperatures than was possible before, at around 100° C cooler
(180° F), to be precise. This brought about significant gains to
the material's thermal and electrical properties, which didn't
come as a surprise to the scientists. What did catch them off
guard, however, was how dark the material seemed to be.

"I remember noticing how black it was before growing carbon
nanotubes on it, and then after growth, it looked even darker,"
says former MIT postdoc and study co-author Kehang Cui. "So I
thought I should measure the optical reflectance of the sample."

The team's analysis looked at not just what the material was able
to reflect when subjected to light from directly overhead, but
from every possible angle. This revealed the material absorbed at
least 99.995 percent of all light that hit it, significantly
outperforming the light-absorbing capabilities of similar
materials, including the much celebrated Vantablack.

"The published reflectivity of all the other superblack materials
in the visible spectrum, and near IR and IR, are summarized in
our paper, and our material can be seen to reflect 10 times less
light across the visible spectrum at any given wavelength than
the next least reflective material, and at least 10 times less
than Vantablack based on their data," Wardle tells New Atlas.

Understanding the exact mechanisms behind this new ultra-black
material still requires more work, though the scientists suspect
it is to do with the way these forests of carbon nanotubes trap
light and convert it to heat. While it will take further
investigation to pin down the exact reasons why, this new
blackest of black materials is already generating a bit of
interest in certain scientific communities.

For now, the team has demonstrated the material as a coating for
a a US$2-million diamond, replacing its many facets and intricate
detail with a lifeless black void. The clearest potential
applications for these kinds of materials, however, lie in the
realm of space exploration.

When telescopes and imaging instruments are turned toward distant
celestial bodies for study, blocking out other light sources so
they don't pollute the field of view is an important part of the
process. In 2016 we saw a version of Vantablack launched into
space for testing aboard a satellite, and the new material
developed at MIT could follow a similar path. Astrophysicist and
Nobel laureate John Mather is one who is exploring using this new
material in the construction of advanced shades that guard space
telescopes from extraneous light.

"Optical properties of materials are not my group's specialty,
but I've spoken with numerous scientists about light trapping
applications of black materials in optical instruments and
lasers, in particular for improved effectiveness of star shades
which aid in exoplanet identification and characterization," says
Wardle.

A paper describing the team's research was published in the
journal ACS-Applied Materials and Interfaces.

WRONG LINK,  SHOULD BE:


Image: The world's first Vantablack car is a BMW X6. From
bit.ly/2ZpuPFK ...


Sunset over the Holy Loch in the west of Scotland, by Shortwave
Radiogram listener and contributor Iain Cameron. From
bit.ly/2lXW0op ...

18 September was one of the two days per year that the sunrise
balances perfectly over the U.S. Capitol. From wapo.st/2mn1J7t
...

Its shadow as seen from the top of the Washington Monument, which
reopened to visitor 19 September after more than three years of
repairs. From reut.rs/2m5MPCg ... 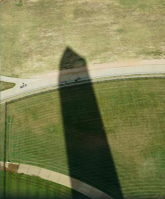 Wreckage of the schooners Peshtigo and St. Andrews, lost in 1878
near Beaver Island in northern Lake Michigan, was recently found
by divers. From bit.ly/2lZ3NT5 ...

A woman looks at Chiharu Shiota's art installation titled
"Uncertain Journey" at the Mori Art Museum on 19 September in
Tokyo. From bit.ly/2kLLwbG ... 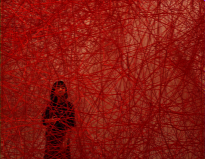 Our painting of the week is "Untitled [Glossy Black Painting]"
(circa 1951) in raking light by Robert Rauschenberg. From
bit.ly/2lZ5D6r ... 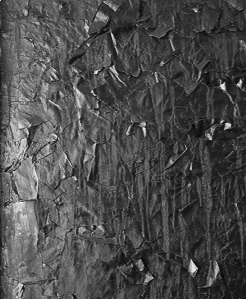