Welcome to program 122 of Shortwave Radiogram.

ICON satellite launched on mission to study the edge of space

In a mission that could have important implications for global
communications, NASA has launched a spacecraft to study the
ionosphere and the effects of the lower atmosphere upon it. On
October 10 at 8:31 pm EDT, the refrigerator-sized Ionospheric
Connection Explorer (ICON) took off from Cape Canaveral Air Force
Station in Florida attached to a Northrop Grumman Pegasus XL
rocket.

The Pegasus rocket, which was docked to the fuselage of a
Northrop Grumman Stargazer L-1011 aircraft, was dropped at 9:59
pm EDT at an altitude of 39,000 ft (11,900 m) before it ignited
automatically, sending the science satellite into 27-degree orbit
at an altitude of 360 mi (580 km). ICON's solar panels deployed
properly and the spacecraft's systems are all healthy as it
begins a commissioning period before it starts its science
mission next month.

The ionosphere is the layer of the Earth's upper atmosphere
ranging from 85 km (53 mi) up to 600 km (370 mi). As the edge of
space from the point of view of us Earthlings, it has a lot of
important effects. It impacts GPS, shortwave radio, satellite
transmissions, and other radio-based technologies because of its
ability to block or reflect electromagnetic waves. Equally
important, because it can expand and contract, it can also cause
satellite orbits to decay prematurely or increase radiation
exposure to astronauts or high-altitude aviators.

This means that understanding how the ionosphere works is of
great interest to scientists, but NASA says that it isn't easy to
study with conventional satellites or high-altitude balloons. To
fill this gap, ICON is bringing to bear four instruments: the
Michelson Interferometer for Global High-Resolution Thermospheric
Imaging (MIGHTI) for measuring the speed and temperature of
neutrally charged particles in the Earth's atmosphere, an Ion
Velocity Meter for measuring the speed of charged particles, and
a pair of spectroscopes operating in the extreme and
far-ultraviolet spectra for identifying the composition of
charged and neutral particles.

The goal is to learn more about the ionosphere by looking at
phenomena like airglow, which are colorful bands that occur in
the upper atmosphere by means of a process similar to that which
produces auroras. Like an aurora, airglow is caused by gases
being ionized by the Sun, but airglows occur across the globe
rather than in just the high northern and southern latitudes. By
studying these, NASA hopes to learn more about the ionosphere's
density, composition, dynamics, and structure.

"ICON has an important job to do – to help us understand the
dynamic space environment near our home," says Nicola Fox,
director of heliophysics at NASA Headquarters in Washington.
"ICON will be the first mission to simultaneously track what's
happening in Earth's upper atmosphere and in space to see how the
two interact, causing the kind of changes that can disrupt our
communications systems."

This is Shortwave Radiogram in MFK64

If a soccer match is played in an empty 50,000-seat stadium with
no media coverage, did it even really happen? For the North and
South Korean men's national soccer teams, it may as well not
have, as the two sides played to a scoreless draw in an AFC
second-round 2022 FIFA Men's World Cup qualifier match at an
empty Kim Il Sung stadium in Pyongyang Tuesday.

As there was no outside live media coverage, fans outside of
North Korea had to rely on the (South) Korean Football
Association (KFA) posting updates it received via email from two
of its employees in attendance.

South Korea had attempted several times to secure media coverage
and send a delegation of fans to Pyongyang ahead the match, but
its efforts were ignored by the North, amid frosty relations
between the two Koreas as nuclear diplomacy on the peninsula has
stalled.

"There was no response from North Korea, and South Korea find it
regrettable and sad," said Lee Sang-min, a spokesperson of South
Korea's Unification Ministry in an Associated Press (AP) report
published Tuesday.

But even though the South Korean side went into the match knowing
that it would not be broadcast back home and there would be no
South Korean fans cheering them on, they were surprised to find
that no North Korean fans were there either.

"Photos sent by our employees show not a single person in the
stands," KFA official Park Jae-sung told the AP. "We are not sure
why the North is doing this," he said.

FIFA President Gianni Infantino flew to Pyongyang for the match,
as it was the first time the two sides were meeting in Pyongyang
since an international friendly match nearly three decades ago.

The FIFA website quoted the president as saying, "I was looking
forward to seeing a full stadium for such a historic match but
was disappointed to see there were no fans in the stands."

"We were surprised by this and by several issues related to its
live broadcast and problems with visas and access for foreign
journalists," he added.

South Korea's Ministry of Unification announced that North Korean
authorities had agreed to give the Southern delegation a "DVD
containing video footage" of the event prior to their departure
on Wednesday.

Several North Korea experts told RFA's Korean Service they
believed the stadium was kept empty because North Korean
authorities were afraid to lose in front of what should have been
a sellout crowd.

"This tells you how paranoid the Pyongyang regime is," said Greg
Scarlatoiu, Executive Director of the Washington-based Committee
for Human Rigths in North Korea.

"This goes beyond inter-Korean relations. This is an
international match. This is a World Cup qualifier," he said.

Maxwell said that high-profile events like Tuesday's match could
be controlled only in North Korea.

"It is also one reason why it is unlikely Kim [Jong Un] will
visit the South. Neither he nor [South Korean President] Moon
[Jae-in] will be able to control the response of the Korean
people in the South," he said.

"Kim cannot be disrespected in any way and must always be in
control of the media and its narrative and coverage of him,"
Maxwell added.

Both sides currently sit atop group H after three matches played,
with two wins and one draw.

They are scheduled to face off again in June 2020 in South Korea.

While the match was the first inter-Korean men's tilt inside
North Korea since 1990, North Korea has had "home" matches
against the South in the years since, most recently during the
qualifying campaign for the 2010 FIFA Men's World Cup.

But in those qualifiers, the North refused to allow the South
Korean flag and anthem in Pyongyang, so North Korea's home
matches were played in Shanghai.

The rivalry has had its ups and downs as far as controversy.
During the same 2010 qualifying campaign, the two sides drew
three times, but the South won the fourth, in Seoul. The North
blamed its loss on the South, saying that North Korean players
had been deliberately poisoned by adulterated food, and asked
FIFA to investigate.

Whether the two sides will face off again in Pyongyang soon
depends on the results of the 2022 qualifying campaign's second
round. Should both Koreas qualify, they could again be drawn into
the same group in round three, which would necessitate another
home and away inter-Korean series.

While North Korea has only qualified for the FIFA Men's World Cup
twice, in 1966 and 2010, South Korea has qualified 10 times,
first in 1954, then in nine straight between the 1986 and 2018
tournaments, including the 2002 tournament, which it co-hosted
with Japan.

This is Shortwave Radiogram in MFK64 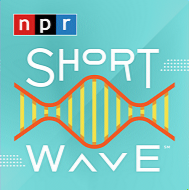 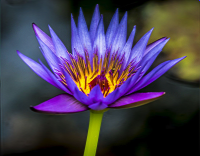 Smoke from the Saddle Ridge fire obscures the sunset at Manhattan
Beach, California. From bit.ly/33BEDKC ... 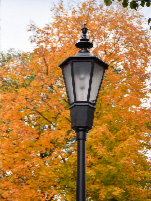 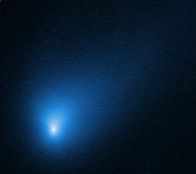 The Franciscan manzanita, a plant thought to be extinct until an
example was discovered ten years ago in San Francisco. From
bbc.in/2OTafan ... 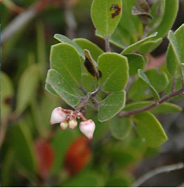 This week's painting is "October Sun" by Peter Batchelder. From
bit.ly/33EJbA0 ... 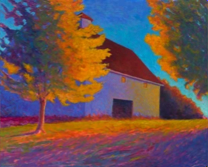