Welcome to program 125 of Shortwave Radiogram.

Humanity's second ambassador to interstellar space has reported
back from the frontiers of the solar system — with the message
that the border of the sun's territory is a complex and
ever-changing place.

Late last year, NASA's Voyager 2 spacecraft broke through the
heliopause, the boundary where the solar wind gives way to the
plasma that permeates the galaxy. Six years earlier, its sister
probe, Voyager 1, made its own heliopause crossing. Now, the
combined results of these two journeys, published online November
4 in several papers in Nature Astronomy, offer the most detailed
look yet at this largely unexplored region of space.

These two robotic explorers "are taking humankind to astonishing
new places that 60 years ago we never imagined doing," says Gary
Zank, a space physicist at the University of Alabama in
Huntsville who was not involved with this research.

The view outside Voyager 2's window changed on November 5, 2018,
when the craft was about 17.8 billion kilometers from the sun —
119 times farther away than Earth — and the density of the
surrounding plasma jumped by about a factor of 20. The steady
stream of low-energy atomic particles from the sun dropped away,
replaced by a barrage of far more energetic particles known as
cosmic rays. These changes told researchers that Voyager 2 had
left the sun's protective magnetic bubble, 42 years after
beginning its sight-seeing expedition across the solar system.

"It's been a wonderful journey," mission lead Edward Stone, a
planetary scientist at Caltech, said at an Oct. 31 news
conference on the findings.

Voyager 1 had gotten there first, but Voyager 2 had an advantage:
a working sensor that could measure the speed, temperature and
density of the surrounding plasma. "That makes a huge difference
in providing us with a significantly greater level of
understanding" of how the solar plasma intermingles with the
interstellar medium, Zank says. Voyager 1's sensor had shut down
long before reaching the heliopause, so researchers had to infer
many plasma properties from other measurements, which might not
have been as accurate as a direct measurement.

Despite encountering the heliopause at different times and
locations — the two spacecraft are farther from each other than
each are from the sun — some things looked similar. The magnetic
field looked pretty much the same on the inside and the outside
of the boundary: Somehow, the sun's magnetic field lines up
nearly perfectly with the local galactic field, contrary to
expectations. "We could dismiss that as coincidence in one case,
but we can't do that twice," study coauthor Leonard Burlaga, of
NASA's Goddard Space Flight Center in Greenbelt, Md., said in the
news conference.

There were notable differences in the two crossings as well.
Voyager 1 sailed through a largely stagnant solar wind for two
years before reaching the heliopause, whereas the stream of solar
particles alongside Voyager 2 was quick and steady right up to
the boundary. Voyager 1 encountered galactic material intruding
into the solar bubble, while Voyager 2 instead witnessed solar
particles leaking far out into interstellar space. "We're seeing
the same beast, but it's behaviorally quite different," Zank
says.

Figuring out what many of these results mean will be challenging:
The probes interrogated two boundary spots separated by nearly 24
billion kilometers. But this boundary is always changing. It
breathes in and out in sync with the sun's 11-year activity
cycle, and eruptions on the sun's surface make their way out to
the heliopause and stir things up. "That complicates all these
stories," Stone said.

New data will have to wait. So far, five spacecraft have made it
(or will make it) this far into space — but the Voyagers are the
only ones sending back reports. Pioneer 10 and 11, launched in
1972 and 1973, stopped working years ago. New Horizons, which
paparazzied Pluto in 2015, recently detected a possible glow of
hydrogen gas at the solar system's edge. But that craft may run
out of power before it reaches the heliopause. In the meantime,
NASA is looking into launching a dedicated interstellar probe as
early as the 2030s.

For now, the Voyagers are humanity's eyes and ears in
interstellar space, and the team estimates that both spacecraft
have about five years of service left. Electrical power comes
from heat generated by a nugget of plutonium, and as the probes
cool, they lose the ability to keep their instruments running.
When asked if he expected the Voyagers to last this long, Stone
replied: "We're certainly surprised."


Image: Illustration of a Voyager spacecraft ... 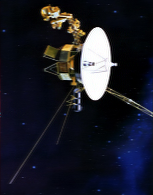 Freedom House releases Freedom on the Net 2019: The Crisis of
Social Media

Governments around the world are increasingly using social media
to manipulate elections and monitor their citizens, tilting the
technology toward digital authoritarianism. As a result of these
trends, global internet freedom declined for the ninth
consecutive year, according to Freedom on the Net 2019, the
latest edition of the annual country-by-country assessment of
internet freedom, released today by Freedom House.

Adding to the problem of meddling by foreign regimes, a new
menace to democracy has risen from within, as populist leaders
and their armies of online supporters seek to distort politics at
home. Domestic election interference marred the online landscape
in 26 of the 30 countries studied that held national votes over
the past year. Disinformation was the most commonly used tactic.
Authorities in some countries blocked websites or cut off access
to the internet in a desperate bid to cling to power.

"Many governments are finding that on social media, propaganda
works better than censorship," said Mike Abramowitz, president of
Freedom House. "Authoritarians and populists around the globe are
exploiting both human nature and computer algorithms to conquer
the ballot box, running roughshod over rules designed to ensure
free and fair elections."

Governments from across the democratic spectrum are
indiscriminately monitoring citizens' online behavior to identify
perceived threats—and in some cases to silence opposition.
Freedom House has found evidence of advanced social media
surveillance programs in at least 40 of the 65 countries
analyzed.

"Once reserved for the world's most powerful intelligence
agencies, big-data spying tools are making their way around the
world," said Adrian Shahbaz, Freedom House's research director
for technology and democracy. "Advances in AI are driving a
booming, unregulated market for social media surveillance. Even
in countries with considerable safeguards for fundamental
freedoms, there are already reports of abuse."

The proliferation of sophisticated monitoring tools has reduced
people's ability to freely express themselves and be civically
active online. Of the 65 countries assessed in this report, a
record 47 featured arrests of users for political, social, or
religious speech.

"The future of internet freedom rests on our ability to fix
social media," said Shahbaz. "Since these are mainly American
platforms, the United States must be a leader in promoting
transparency and accountability in the digital age. This is the
only way to stop the internet from becoming a Trojan horse for
tyranny and oppression."

Freedom on the Net 2019 assesses internet freedom in 65 countries
that account for 87 percent of internet users worldwide. The
report focuses on developments that occurred between June 2018
and May 2019, though some more recent events are included.

-- Declines outnumber gains for the ninth consecutive year.
Since June 2018, 33 of the 65 countries assessed in Freedom
onthe Net experienced a deterioration in internet freedom.
Thebiggest score declines took place in Sudan and
Kazakhstan, followed by Brazil, Bangladesh, and Zimbabwe.
Improvements were measured in 16 countries, with Ethiopia
recording the largest gains.

-- China is the world's worst abuser of internet freedom for
thefourth consecutive year. Censorship reached
unprecedented extremes in China as the government enhanced
its information controls ahead of the 30th anniversary of
the Tiananmen Squaremassacre and in the face of persistent
antigovernment protests in Hong Kong.

-- Digital platforms are the new battleground for democracy.
Domestic state and partisan actors used propaganda and
disinformation to distort the online landscape during
elections in at least 24 countries over the past year,
making it by far the most popular tactic for digital
election interference. Often working in tandem with
government-friendly media personalities and business
magnates, semiautonomous online mobs transmitted conspiracy
theories, inflammatory views, and misleading memes from
marginal echo chambers to the political mainstream.

-- Governments harness big data for social media surveillance.
In at least 40 out of 65 countries, authorities have
instituted advanced social media monitoring programs. These
sophisticated mass surveillance systems can quickly map
users' relationships; assign a meaning to their social media
posts; and infer their past, present, or future locations.
Machine learning enables the programs to find patterns that
may be invisible to humans, and even to identify whole new
categories of patterns for further investigation.

-- Free expression is under assault. A record high of 47 out of
65 countries featured arrests of users for political,
social, or religious speech. Individuals endured physical
violence in retribution for their online activities in at
least 31 countries.

-- Authorities normalize blanket shutdowns as a policy tool.
Social media and communication applications were blocked in
at least 20 countries, and telecommunications networks were
suspended in 17 countries, often in the lead-up to elections
or during protests and civil unrest.

[Freedom house is a nongovernmental organization that receives
most of its funding from the United States Government.]


Image: Freedom on the Net 2019 map, with not free countries in
purple, partially free in yellow, and free in green ... 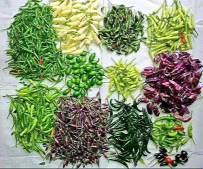 Lightning strikes a building during a thunderstorm in Bangkok, 27
October. From bit.ly/2PQHD2d ... 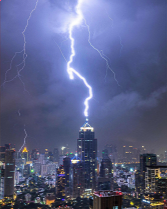 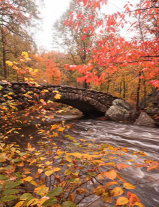 Frost on berry brambles near Seneca Creek, Maryland. From
bit.ly/2WTgxck ... 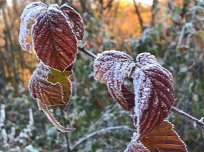 Our art of the week is a light installation at the Baltimore
Light City celebration, 1-10 November 2019. From prn.to/2pRmKsV
...

Void's Bandcamp (Get 83 releases for £1!!)
https://voidvoid.bandcamp.com/album/void