Welcome to program 128 of Shortwave Radiogram.

According to Queen's University Belfast, breweries in the
European Union dispose of about 3.4 million tons (3.084 million
tonnes) of spent barley grain every year. That could be about to
change, though, as scientists at the university have created a
method of converting that waste into useful charcoal.

Led by Dr. Ahmed Osman, the researchers devised a process that
begins with the grain getting dried out. A two-stage chemical and
heat treatment follows, which utilizes phosphoric acid and then a
potassium hydroxide wash - both chemicals are quite inexpensive.

What's left behind is activated charcoal, which could find use in
applications such as heating fuel in homes, barbecue briquettes,
or water filters. In lab tests, 1 kg (2.2 lb) of grain was
sufficient to create enough carbon to cover "100 football
pitches."

The technique can also be utilized to create carbon nanotubes,
which - among other things - are being incorporated into better
batteries, transistors, and even artificial muscles.

Ultimately, it is hoped that the technology could not only help
keep spent grain from going to waste, but that it could also
boost the local economy of regions where breweries are located.

"Liquid forms of carbon are normally shipped to the UK from the
Middle East, and solid biocarbon, in the form of wood pellets is
shipped from the US and elsewhere," says Osman. "Using this new
technique, we can utilize more locally-produced resources, reduce
emissions linked with the agriculture sector, and we are also
creating a high-value product."

The research is described in a paper that was recently published
in the Journal of Chemical Technology and Biotechnology. Source:
Queen's University Belfast. 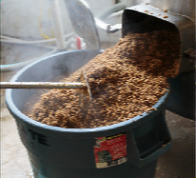 Most Americans now see signs of climate change where they live

Amid deadly wildfires in California and increased flooding along
the U.S. East Coast in 2019, most Americans say the effects of
climate change are already upon us — and that the U.S. government
isn't doing enough to stop it, according to a new public opinion
survey.

In the nationwide poll, 62 percent of U.S. adults said climate
change is affecting their local community to some extent or a
great deal, bringing more flooding and unusually warm weather,
altering ecosystems, driving wildfires or exacerbating drought,
the nonpartisan Pew Research Center in Washington, D.C., reports
November 25. That's slightly up from the 59 percent who said the
same in Pew's 2018 poll.

"What it looks like is happening is a larger portion of Americans
are accepting that climate change is with us and poses a hazard,"
says Risa Palm, an urban geographer at Georgia State University
in Atlanta not involved in the study.

The results follow what many environmental activists consider a
watershed year for climate change awareness, marked by student
protests and a speech by 16-year-old Swedish activist Greta
Thunberg chastising world leaders at the United Nations for
ignoring climate science.

"This study finds some familiar patterns in the public divides
over climate and energy issues, but also areas where opinion
among political groups has shifted," says Cary Funk, the director
of science and society research at Pew.

The Pew survey — which questioned 3,627 randomly selected adults
from October 1 to October 13 — also revealed how views vary
between regional and demographic groups, as well as trends in
what people think that action should look like. It has a margin
of error of plus or minus 2.1 percentage points. Here are four
big takeaways.

1. People's views depend on where they live.

Those most likely to report local effects from climate change
lived along the Pacific Coast, which is facing rising sea levels
and has battled deadly wildfires despite electricity blackouts
aimed at preventing more fires . Among West Coasters, 72 percent
said climate change is affecting their area either a great deal
(28 percent) or some (44 percent). By comparison, the percent of
people living in the Northeast, Midwest and South who said
climate change was altering conditions where they live ranged
from 59 percent to 63 percent. Whether people lived near a
coastline also mattered. About 67 percent of respondents living
within 40 kilometers of a coast said they saw local climate
change effects. That coincides with a sharp rise in tidal
flooding since 2000 along the U.S. East Coast. By comparison, 59
percent of people living more than 480 kilometers inland saw
local climate change effects, including longer periods of
unusually hot days, droughts and water shortages.

2. Most people think the U.S. government should do more.

A total of 67 percent said the government should be taking more
action against climate change. That included strong support among
Democrats (90 percent), as well as a big jump among liberal and
moderate Republicans: 65 percent in that group are calling for
more climate action, compared with 53 percent in the group in
2018. Younger Republicans were also more likely than older
Republicans to say they wanted to see more action from the
government. Views among conservative Republicans on this issue
were only slightly changed, with 24 percent supporting more
government climate action versus 22 percent in 2018.

"If Republican leaders don't take [climate and energy] more
seriously, it's possible young voters may shrug and say 'OK,
Boomer,' the next time they ask for their vote," said John
Kotcher, a communications researcher at George Mason University's
Center for Climate Change Communication in Fairfax, Va.

More than three-quarters, or 77 percent, of respondents said the
United States needs to wind down its production and use of fossil
fuels, the source of most climate-warming carbon emissions. To
achieve that, 92 percent favor expanding solar power, and 85
percent want more wind power. Meanwhile, support was far lower
for nuclear power (49 percent), offshore oil and gas drilling (42
percent), coal (35 percent) and hydraulic fracturing, which
yields natural gas (38 percent).

The survey "helps us put our finger on the proverbial pulse of
public sentiment," says Max Boykoff, director of the Center for
Science and Technology Policy Research at the University of
Colorado Boulder. "We need to understand where people are on
these issues, and find that common ground" to move forward with
climate and energy policy.

4. Many say they are taking action by making personal changes.

Palm says the fact that many Americans are now "moving in the
same direction, making the same assumptions and trying to adopt
the same sorts of behaviors" is important for future action
against climate change to succeed. "We're not a society that
operates by individual decision-making. We're a democratic
society."


Denver copes with a Thanksgiving-week snowstorm. From
bit.ly/35I4EsQ ... 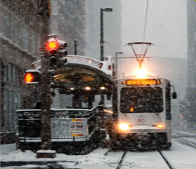 Dog and human enjoy a walk in this week's Colorado snow. From
dpo.st/33ui0am ... 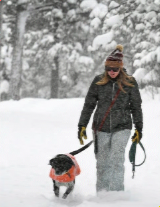 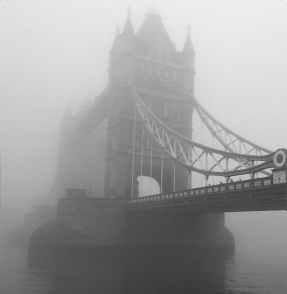 Bei Bei the giant panda in a final appearance at the National Zoo
in Washington DC before being moved to China. From bit.ly/2XTz4Wg
... 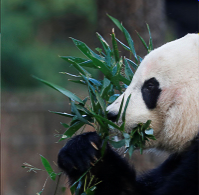 Giant panda Bei Bei explores his surroundings on his first day at
the Ya'an Bifengxia Base of the Giant Panda Conservation and
Research Center in China's Sichuan Province. From bit.ly/2qKjNeq
... 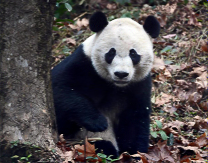 A hiking trail parallel to the Natchez Trace Parkway in Tupelo,
Mississippi. From bit.ly/2srOaqr ... 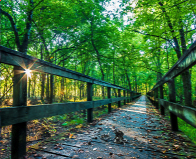 First seen in 2018, this year a Mandarin duck makes another rare
(for this part of the world) appearance at lakes in suburban
Vancouver, British Columbia. From bit.ly/2L2O7I2 ...

Our painting of the week is "Eastern Mountain Turkey" by Joy
Neasley. From etsy.me/37K8y65 ... 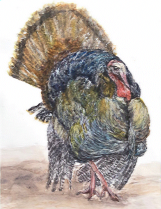