Welcome to program 129 of Shortwave Radiogram.

The heavy Canadian icebreaker CCGS Louis S. St-Laurent was the
last vessel to leave icebound northern waters on Nov. 16, 2019,
on the way back to its home port of Halifax.

The federal government deployed seven icebreakers in the Arctic
this year to provide safe escorts to ships through ice-covered
waters, conduct search and rescue operations, and respond to
environmental incidents.

This year's deployment included the latest addition to the Coast
Guard's icebreaking fleet, CCGS Captain Molly Kool, which made
its maiden voyage to the northern latitudes.

This year, 27 vessels made full transits through the Northwest
Passage, the Coast Guard said.

From the opening of the season in May to the end of November, the
Coast Guard icebreakers conducted 51 commercial escorts, carried
out five ice reconnaissance missions using helicopters and a
commercial harbour breakout, officials said.

Coast Guard icebreakers also conducted 13 community visits in
Nunavut and the Northwest Territories (N.W.T.), including to
Canada's northernmost Inuit community of Grise Fiord, as well as
to Arctic Bay, and Cambridge Bay, where they delivered over 100
bicycles and helmets as part of the Coast Guard's partnership
with the Polar Bike Project.

The icebreakers also delivered community boats to Cambridge Bay
and Gjoa Haven, Nunavut, and Tuktoyaktuk, N.W.T., to enable the
local communities to better respond to search and rescue
incidents off their coastlines.

In addition, the Arctic Community Engagement and Exercise Team
(ACEET) visited 22 communities to discuss the introduction of the
Canadian Coast Guard Auxiliary (CCGA) in communities without one,
officials said.

The Coast Guard is working with Indigenous and northern residents
to expand the CCGA across the Arctic, provide enhanced training,
and identify communities interested in participating in the
Indigenous Community Boat Volunteer Pilot Program, which provides
search and rescue capable boats and other equipment to meet
federal standards.

CCGS Captain Molly Kool is a Canadian icebreaker active in the
Arctic region ...

NASA's Transiting Exoplanet Survey Satellite (TESS) normally
focuses its attention on distant stars, but now it's made a new
discovery in our own solar system. While staring off into the
depths of interstellar space, the comet 46P/Wirtanen wandered
into view, and TESS managed to catch an explosive outburst from
the comet in more detail than ever before.

Wirtanen has been observed orbiting the Sun since the 1940s, but
last year it made its closest pass to Earth on record. Coming
within 30 times the distance to the Moon, this event was among
the 10 closest comet flybys within the past 70 years.

Of course, that means astronomers the world over were watching
excitedly, ready to study the comet close up with all sorts of
instruments. Among them was SOFIA, which found that Wirtanen is
carrying "ocean-like" water. TESS was busy doing its own thing,
but it became a perfect long-term witness when Wirtanen wandered
by.

"TESS spends nearly a month at a time imaging one portion of the
sky," says Tony Farnham, lead author of the study. "With no day
or night breaks and no atmospheric interference, we have a very
uniform, long-duration set of observations. As comets orbit the
Sun, they can pass through TESS' field of view. Wirtanen was a
high priority for us because of its close approach in late 2018,
so we decided to use its appearance in the TESS images as a test
case to see what we could get out of it. We did so and were very
surprised!"

TESS managed to capture an outburst on Wirtanen, which began on
September 26, 2018, about three months before the comet's closest
pass to Earth. it started with a flash that lasted an hour or so,
then grew brighter more slowly over the next eight hours. After
it hit peak brightness, it then faded away over more than two
weeks.

Since the satellite takes images every 30 minutes, every stage of
this process was captured in more detail than any previous comet
outburst. The researchers were even able to estimate that about
one million kg (2.2 million lb) of material may have been ejected
in the blast.

Exactly what causes these outbursts is unknown, but theories
include heat from the Sun igniting pockets of volatile ices on
the surface, or the collapse of a cliff. Studying more comet
outbursts could help answer the question, and thankfully TESS is
on the job.

"We don't know what causes natural outbursts and that's
ultimately what we want to find," says Farnham. "There are at
least four other comets in the same area of the sky where TESS
made these observations, with a total of about 50 comets expected
in the first two years' worth of TESS data. There's a lot that
can come of these data."

The research was published in the Astrophysical Journal Letters. 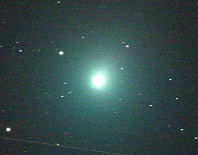 Businesses need to rethink where they put cell towers

Placing cell towers 500 meters (1,640 feet) away from schools and
hospitals could save companies trouble down the road, researchers
report.

Their new paper offers ways to include simple precautionary
approaches to siting cell towers. And there are many cell
towers—and more coming—since almost everyone has a cell phone and
the towers are being used for more data intensive applications.

In the US, the Pew Research Center reports 96% of Americans own a
cell phone of some kind, and smart phone ownership today has
risen to 81% from 35% in 2011. GSMA Intelligence estimates more
than five billion people worldwide use mobile devices. All these
devices work using electromagnetic waves, which expose people to
low levels of radio-frequency radiation (RFR).
Where we put cell towers

"The research on the health impacts of RFR is still inconclusive.
But some of the preliminary data gives us reason to be
concerned," says Joshua Pearce, a professor in electrical and
materials engineering from Michigan Technological University.
Pearce led the study, which reviews current data on RFR and
engineering solutions for placing towers.

"I'm pro-tech and I'm pro-human, so I think there are ways for us
to have our cell phones and minimize potential risk without
waiting to find out that putting a cell tower on top of a school
was a bad idea," he says.

Pearce and his team's solutions focus on getting companies to
rethink where to place cell towers when they do a standard
"search ring" map that prioritizes potential sites based on
maximizing coverage for the least cost. Assessing tower placement
is not a new idea; Canada and many European countries are looking
into siting guidelines that help keep particularly vulnerable
populations safe, like kids and those with illnesses.

The handful of human studies reviewed in the paper indicate that
proximity to base stations correlates with headaches, dizziness,
depression, and other neurobehavioral symptoms, as well as
increased cancer risk. Animal studies also indicate that these
effects may be cumulative.

The impact of RFR on animals

-- Mice exposed to low-intensity RFR became less reproductive,
and after five generations of exposure, the mice were not
able to produce offspring.

-- DNA damage in cells after 24 hours exposure to low-intensity
RFR, which can lead to gene mutation that accumulates over
time.

-- Increased sensitivity to behavior-disruption experiments in
rats and monkeys.

-- More permeability of the blood-brain barrier in mice,
suggesting that short-term, high-intensity exposure can
produce the same effect as long-term, low-intensity
exposure.

Given the current research, cell towers would be cautiously
placed 500 meters, or about a third of a mile, away from schools,
hospitals, and lots of sleeping people in dense neighborhoods or
high rises.

The challenge in the US, unlike in India where such setback laws
are already in place, is that the laws that govern cell tower
siting plans in Section 704 of The Telecommunications Act of 1996
specifically eliminate "environmental effects" from
consideration.

"This is a peculiar law, but saying that something is legal
doesn't make it right or cost-effective in the long run," Pearce
says. "It's in companies' best interests to be thoughtful about
where to place cell towers; they don't want to move towers or be
held responsible down the line. These effects are inadvertent—but
there are options to do it differently that can reduce potential
health impacts and thus a company's future bottom line."

In addition to revamping search ring mapping to include a
500-meter buffer, which doesn't affect the cost of the siting
process but reduces future liability, Pearce says there are other
more innovative options, like cell splitting and small cell
deployment, that could also decrease RFR exposure. At the end of
the day, it comes down to thinking before building.

The paper appears in Environmental Research. 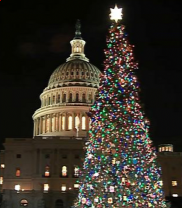 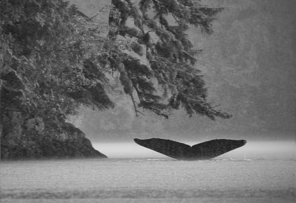 The sun sets over Flaming Gorge Reservoir near the Wyoming/Utah
border. From bit.ly/33T4zkG ...

A farmer tends to persimmons, which are being hung for drying, at
a farm in Jangseong, South Korea. From bit.ly/33YqbfG ...

The last of the fall colors on R Street NW in Washington DC.
From wapo.st/33R8oXI ...

Our painting of the week is "Early Winter Birch Painting" by
Raette Meredith. From bit.ly/2DP8Yum ... 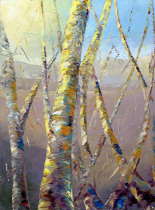 https://www.hfzone.org/ - Links to a chatroom for Shortwave listeners. I forgot to mention this in the shoutouts! Hi to Frigid, Daz, MasterPlayer30, Alba, and everyone else there! Hope to see you there.

NEXT WEEK: The last two Stereolab reissues have arrived! :)