Welcome to program 210 of Shortwave Radiogram.

From the 1970's until the Chernobyl nuclear disaster the Soviet's
[HF] Over the Horizon Radar 'Woodpecker' caused severe
interference in the amateur radio bands.

An article on Vice says:

Ukraine has declared that the enormous Duga-1 radar array is a
protected cultural monument.

Almost 2,300 feet long and more than 450 feet high, the steel
beams of the radar tower over the surrounding forest. From a
distance, it appears to be a massive wall or the start of a cage.

The Association of Chernobyl Tour Operators first announced that
Ukraine had made Duga-1 a protected heritage site on its Facebook
page. Interfax, a Russian news service, later reported the
official designation. "Our heritage is not only the area around
the power plant but also the buildings located on its territory,"
Oleksandr Tkachenko, Ukraine's Minister of Culture and
Information Policy, said in a Telegram thread about the
announcement. "So now we are working on identifying other objects
that should be part of the list of monuments. Our goal is to
prevent destruction when possible."

When Duga-1 came online sometime in the mid 1970s, radio
operators around the world noticed a strange signal coming from
the forests of Ukraine. The system was so powerful it disrupted
some frequencies with an irritating thumping noise. Amateur radio
operators dubbed the signal's source "The Russian Woodpecker"
because of the repeated tapping noise it pumped into HAM radios.


In a first-of-its-kind study conducted at Tel Aviv University,
researchers found that water generated from the air in the heart
of an urban area, the city of Tel Aviv, complied with all of the
strict drinking water standards set both by the State of Israel
and by the World Health Organization. The researchers examined
the quality of the water produced from the water vapor in the
urban atmosphere, which is characterized by industry and massive
construction, and found that it was suitable for drinking. The
test was performed using a dedicated facility of the Israeli
company Watergen, which partnered in the study.

The study was conducted by a team of experts from the
hydrochemistry laboratory at the Porter School of Environment and
Earth Sciences at Tel Aviv University, led by graduate student
Offir Inbar and supervised by Prof. Dror Avisar, Head of TAU's
Moshe Mirilashvili Institute for Applied Water Studies. Also
participating in the study was Watergen's research and
development team, Prof. Alexandra Chudnovsky, and leading
researchers from Germany. The study's results were published in
Science of the Total Environment and Water.

The researchers explain that the growing global shortage of clean
drinking water requires thinking outside the box and developing
new technologies for producing potable water. The Earth's
atmosphere is a vast and renewable source of water, which may be
an alternative drinking water resource. Our atmosphere contains
billions of tons of water, 98% of which is in a gaseous
state—that is, water vapor.

Offir Inbar explains that this is the first study in the world to
examine air pollution from another angle—its effect on drinking
water generated from the air. According to Inbar, no filtration
or treatment system was installed in the device used in the
study; the water that was produced was the water that was
obtained from the air. The researchers performed a wide range of
advanced chemical analyses of the water, and found that in the
vast majority of cases, including during different seasons and at
different times of the day, the water extracted from the air in
the heart of Tel Aviv was safe to drink. In addition, with the
help of a variety of innovative technologies for monitoring the
composition of the atmosphere and by applying advanced
statistical methods, for the first time the researchers were able
to quantitatively link the process the air goes through in the
days leading up to the point of water production and the chemical
composition of the dew.

Offir Inbar explains: "The study showed that wind direction
greatly affects water quality, so for example when the wind comes
from the desert we find more calcium and sulfur, that is,
residues of desert dust aerosols, in the water. However, when the
wind comes from direction of the sea, we find higher
concentrations of chlorine and sodium, which are found in the
sea. Moreover, we found that the distant sources from which the
air came before it reached the point of water production can be
identified in the water. For example, water produced from air
coming from the Sahara region differs in composition from water
produced from air coming from Europe."

The researchers note that water quality is also affected by
anthropogenic pollution from transportation and industry. "Using
advanced methods, we found a direct link between the
concentrations of ammonia, nitrogen oxides and sulfur dioxide in
the air and the concentration of their decomposition products in
water," says Inbar. "We found low concentrations of copper,
potassium, and zinc in the water, which probably come from
man-made pollution. From a research point of view, the chemical
link we found between the meteorological parameters and the
composition of the water makes it possible for the first time to
study the atmosphere using water extracted from it. And
environmentally speaking, this link allows us to know what
minerals should be added to water extracted from air in order to
provide people with quality drinking water. In general, we found
that potable water from air does not contain enough calcium and
magnesium—and it is advisable to add these minerals to the water,
as they are added to desalinated drinking water in some
countries."

A significant portion of the drinking water in Israel is
desalinated seawater. According to Inbar, this is only a partial
solution, and not one that can provide drinking water to the vast
majority of the world's population. "In order to desalinate
seawater, you need a sea, and there isn't access to the sea from
every place in the world," says Inbar. "After desalination, a
complete infrastructure must be built that will carry the
desalinated water from the waterfront to the various towns, and
large parts of the world don't possess the engineering and
economic means to build and maintain such infrastructure. Water
from the air, however, can be produced anywhere, with no need for
expensive transport infrastructure and regardless of the amount
of precipitation. From an economic perspective, the higher the
temperature and humidity, the more cost-effective the production
of water from the air is."

Devices for generating water from the air that include water
purification and treatment systems can already be found in a
large number of countries in the world, where they provide
quality drinking water to people living in distressed areas.

"The concern was that water produced from air in the heart of an
urban area would not be suitable for drinking—and we proved that
this is not the case," Inbar concludes. "We are currently
expanding our research to other areas in Israel, including Haifa
Bay and agricultural areas, in order to investigate in depth the
impact of various pollutants on the quality of water extracted
from the air."

The endangered Maritime ringlet is a tiny butterfly that lives
only in salt marshes along Chaleur Bay in New Brunswick and
Quebec. CBC reports: https://bit.ly/2TXYTqr ...

A white-throated kingfisher dries its feathers in a park in
Singapore. https://bit.ly/3vUyjLQ ...

Hikers pause to watch the sunset at Papago Park in Phoenix,
Arizona, during a heat wave where temperatures reached 115
degrees F (46C) on June 15. https://bit.ly/3jaCT5W ...

The crescent moon sets beyond spinning rides at a traveling
carnival in Lenexa, Kansas, on June 13. https://bit.ly/3h0rWRY
...

Rufus enjoying the view from Lochranza, Isle of Arran towards
Kintyre, Scotland. https://bbc.in/3dsE9Ov ...

Sunrise reflected on the wing of a jet landing at Dulles
International Airport, near Washington DC, June 23.
https://bit.ly/3j4EV7Q ...

Our art of the week is an illustration by Ben Wiseman
accompanying a Wall Street Journal article about summer reading.
https://on.wsj.com/3vXyYwa ...

Shortwave Radiogram is transmitted by: 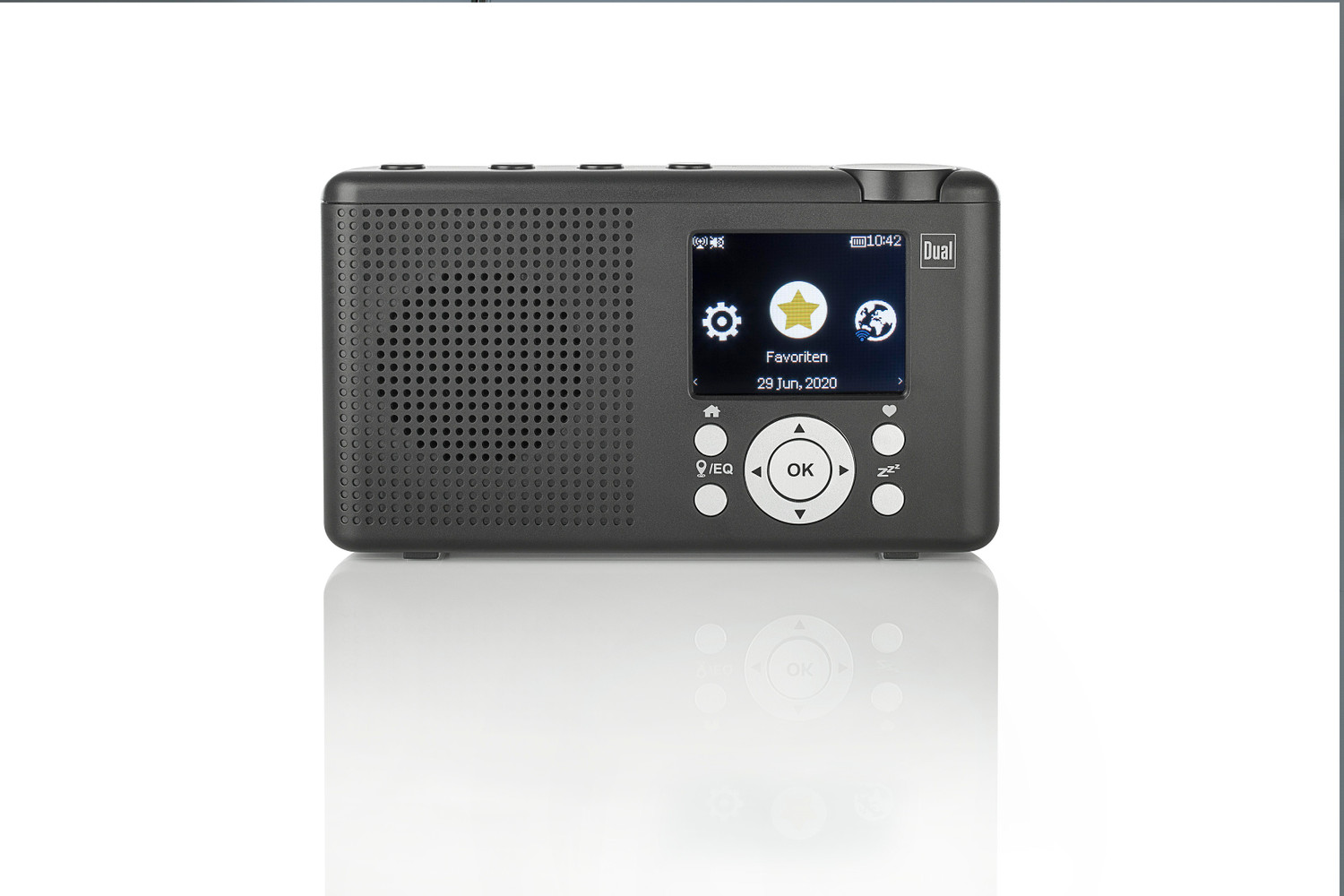