Welcome to program 15 of VOA Radiogram.

Next on VOA Radiogram is a VOA News story in MFSK32...

This is VOA Radiogram in MFSK32

Astronomers have discovered three new planets orbiting in the
habitable zone around the star Gliese 667C. The habitable zone is
where temperatures would allow liquid water to exist.

"We knew that the star had three planets from previous studies,
so we wanted to see whether there were any more," says Mikko
Tuomi of the University of Hertfordshire, UK in a statement. "By
adding some new observations and revisiting existing data we were
able to confirm these three and confidently reveal several more.
Finding three low-mass planets in the star's habitable zone is
very exciting!"

Gliese 667C, an M-dwarf star, is just over one third the mass of
the Sun and is part of a triple star system known as Gliese 667,
which is 22 light years away from Earth in the constellation of
Scorpius.

The view from one of the newly identified planets would be
spectacular. They orbit the fainter of the three stars in the
system, and the other two stars would be visible in the daytime.
At night, they would provide roughly the light of a full moon.

This is the first time that three such planets have been spotted
orbiting in the habitable zone of the same star system. The
super-Earths are more massive than Earth, but not as big as
Neptune or Uranus.

"The number of potentially habitable planets in our galaxy is
much greater if we can expect to find several of them around each
low-mass star — instead of looking at 10 stars to look for a
single potentially habitable planet, we now know we can look at
just one star and find several of them," adds co-author Rory
Barnes of the University of Washington.

The habitable zone around Gliese 667C is very close to the star,
roughly within the size of Mercury's orbit of Earth's Sun. Gliese
667C is the "first example of a system where such a low-mass star
is seen to host several potentially rocky planets in the
habitable zone," according to the research.

The observations were made using a HARPS instrument at European
Southern Observatory's 3.6 meter telescope in Chile. HARPS
observes potential planets by detecting the effect their gravity
has on the parent star, often causing the star to wobble or
twitch.

MFSK32 image follows with the caption: The view from one of the
newly identified planets would be spectacular. They orbit the
fainter of the three stars in the system, and the other two stars
would be visible in the daytime. (Credit: ESO) 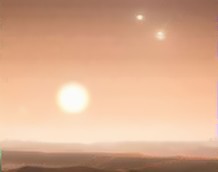 Next on VOA Radiogram is a VOA News story in MFSK64...


This is VOA Radiogram in MFSK64

China has completed its longest manned space mission yet, marking
an important step toward the goal of building its own space
station.

The return capsule of the Shenzhou-10 spacecraft touched down
safely early Wednesday in China's remote Inner Mongolia region.
The three astronauts aboard waved and smiled for the cameras
after emerging from the capsule.

During their 15 days in space, the astronauts successfully docked
with and carried out other tests on the Tiangong-1 experimental
space module. China views the orbiting lab as a prototype for a
permanent space station it hopes to build by 2020.

Asia space analyst and author Morris Jones tells VOA that while
China's latest mission did not break any major new ground, it
showed that its previous accomplishments in space were not
flukes.

"Showing that you can do it once is one thing, but showing that
the technology works time and time again is where you build up
that track record and that confidence in the reliability in the
systems and the procedures," said Jones.

Although it remains behind the U.S. and Russia, China's space
program has made major breakthroughs in a relatively short time.
In 2003, China sent its first astronaut to space. Five years
later, it completed its first spacewalk.

Joan Johnson-Freese, an expert on China's space program at the
National Defense University, tells VOA that China has been able
to use its space program to become seen as one of the world's
"technology leaders."

"This has meant a lot to them economically, in terms of political
clout regionally and globally, and it's really given them a boost
in their scientific and engineering programs in terms of student
enrollment," said Johnson-Freese.

Johnson-Freese also points out that 95 percent or more of space
technology is dual-use, meaning it has both a civilian and
military application.

It is those concerns about China's military-backed space program
that have prevented the U.S. from cooperating with China in
space, effectively barring Beijing from the International Space
Station project.

But many analysts, including Johnson-Freese, say the U.S.
restriction is counter-productive, and will not keep China from
working harder and faster to achieve its goals in space. 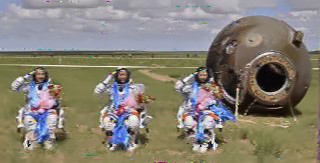 Next on VOA Radiogram are two EasyPal images, the first in the
4-QAM setting (7:06) and the second in the 16-QAM setting (2:40).
You do not need to make any adjustment: the EasyPal software will
automatically change the receive QAM setting. EasyPal will begin
in 10 seconds... 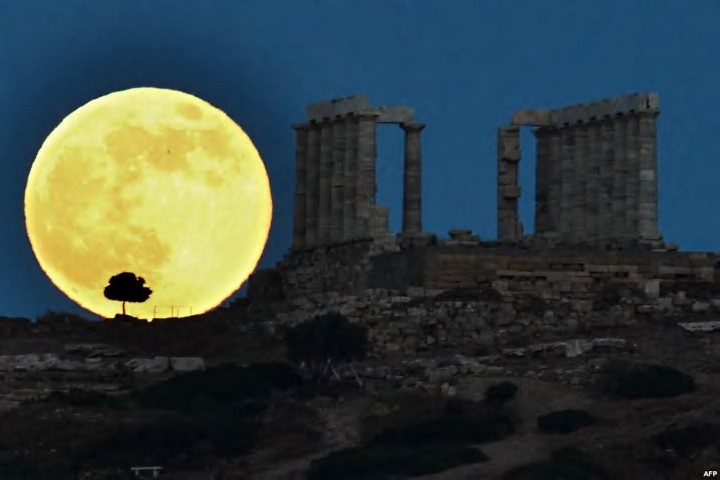