Welcome to program 29 of VOA Radiogram from the Voice of America.

Caption: Elliott Sadler (11) spins during the NASCAR auto race at

SpaceX's Grasshopper Goes Up, Comes Down

What goes up, must come down. And sometimes, the trip back to

Earth is just as important as the flight itself.

That’s what SpaceX proved recently when its 10-story Grasshopper

rocket flew nearly 744 meters into the air, reversed course and

The successful test marks a milestone for the company, which

The flight took place October 7 and demonstrated the feasibility

of a concept that could revolutionize space flight by

For 97 seconds, the Grasshopper rocket was airborne over SpaceX’s

tests. The company plans to ramp up testing at a location in New

Mexico at a later date.

SpaceX was founded in 2002 by billionaire Elon Musk. The company

makes cargo capsules and rockets at its facility in Hawthorne,

California. The company recently carried out a successful

This is VOA Radiogram in MFSK64...

Compound in Vegetables Protects Against Radiation

Researchers at the Georgetown University Medical Center say their

findings show that a compound derived from cruciferous

rats and mice from lethal doses of radiation.

The researchers, in a study published today in the Proceedings of

the National Academy of Sciences (PNAS), say that their findings

suggests that DIM or Diindolylmethane may protect normal tissues

during radiation therapy for cancer treatment and prevent or ease

The compound is touted by some experts as a "super antioxidant"

to help reduce inflammation in the body. Some also claim that DIM

on this have been mixed.

"DIM has been studied as a cancer prevention agent for years, but

To reach their findings the researchers conducted experiments on

after first being exposed to the radiation and were given an

additional dose each day for two weeks. The remaining rodents

Rosen said that the results of their experiments were "stunning".

"All of the untreated rats died, but well over half of the

The researchers found that there was no real difference in the

amount of protection offered by the DIM whether the first

injection was given a day before or after their rodent test

subjects were exposed to the gamma radiation.

reduction in red and white blood cells and platelets – common

side effects in those who are undergoing radiation treatment for

cancer - in the irradiated mice that were treated with DIM.

The researchers say that their work revealed two potential uses

of the compound. "DIM could protect normal tissues in patients

receiving radiation therapy for cancer, but could also protect

individuals from the lethal consequences of a nuclear disaster,"

MFSK64 image follows, with the caption: DIM compound is derived

from cruciferous vegetables such as radishes, brussels sprouts,

Millions of people around the world are being left behind, unable

to get the information they need to better their lives because

Now that is about to change. The newly launched Alliance for

Affordable Internet (A4AI) aims to drive down the cost of

A4AI, which is backed by 30 companies and organizations such as

tech titans Google, Microsoft and Facebook as well as the U.S.

Agency for International Development, the U.S. Department of

State and the UK Department for International Development, wants

to help broadband Internet access prices fall to below 5 percent

The group says this would allow two-thirds of the people

currently not connected to connect.

A4AI says that in developed countries the price of fixed

broadband as a share of per capita gross national income has

dropped 823 percent. Those costs represent only 1.7 percent of

monthly income. In the developing world, the price of broadband

is a staggering 30.1 percent of average monthly incomes, A4AI

"The majority of the world's people are still not online, usually

because they can't afford to be. In Mozambique, for example, a

over two months' wages for the average citizen," said Tim

Berners-Lee, inventor of the Web and founder of the World Wide

slows progress in vital areas such as health, education and

"With the advent of affordable smartphones, new undersea cables

and innovations in wireless spectrum usage, there is simply no

good reason for the digital divide to continue. The real

unaffordable. The Alliance is about removing that barrier and

helping as many as possible get online at reasonable cost,"

Digital divide will be bridged country by country

A4AI cites some startling statistics about the digital divide. In

the developing world, only 31 percent of the population is

online, compared to 77 percent in the developed world. Ninety

percent of households not connected to the Internet are in the

developing world. In Africa, for example, only 16 percent of

people are using the Internet, half the penetration rates of

To bridge the divide, A4AI says it will start with "in-country

engagements" with three to four countries and will expand to 15

by the end of 2015. The group plans to issue an annual

Internet - this is a massive challenge that can't easily be

solved by a single solution or player," said Jennifer Haroon,

and vision to bring more people online, but we also need a strong

policy foundation that allows new ideas to flourish. By working

alongside Alliance partners, we can help lay the groundwork

<B>The Telegraph, 17 Oct 2013</B>, David Blair: "The BBC should invest in protecting its global news service

from being jammed by countries like Iran and China, the Foreign Affairs select committee will say on Thursday.

The MPs&#8217; report will stress how Iran and China make immense efforts to jam the BBC. The former obstructs

has also 'intensively jammed' the BBC World Service in English. Iran and China also try to block access to BBC

news websites. 'The BBC needs to think sooner rather than later about what scale of investment will be needed in

order to preserve open access to its internet-based services for international audiences,' say the MPs. New

technology can protect satellite and radio services from being jammed."

<B>House of Commons Foreign Affairs Committee, 17 Oct 2013</B>, excerpt from "The FCO's human rights work in

2012": "The right of access to information, across borders, is fundamental. As we have pointed out on numerous

occasions, the BBC World Service makes a huge contribution to the projection of the UK, its values and strengths

, across the world. It would be astonishing if that work were to be diminished purely because the BBC lacked the

not entrenched. We urge the BBC, as the future funder of the BBC World Service, to recognise in future funding

plans the need to provide the resources necessary to afford that protection."

s from its relay station in Cariari, Costa Rica. At the same time, from that date, broadcasts from its transmitt

ers in Noblejas, Spain will be considerably expanded. These changes will affect those listeners in Central

America, North America and the northern part of South America&#8217;s Southern Cone who tune us. In the coming

days, we will post and announce our new frequencies and times in which you can hear Radio Exterior de Espa&ntild

e;a on our webpage and programs."

Broadcasting Bureau in Delano, California, and Bethany, Ohio, CVC in Chile, BBC on Antigua, and others.</I>

On Guam, a shortwave transmitting site rededicated rather than dismantled.</a></h3>

completion of a major expansion for the station. The modification of existing antenna systems and the installati

and this is comparable to adding a whole new station to the AWR operation. This upgrade enables AWR to improve

its broadcasts to numerous countries in Asia... Currently, Adventist World Radio is on the air worldwide in

nearly 100 languages, with programming produced in 75 different production studios. The shortwave station on

Guam KSDA, is itself on the air with nearly 300 hours of programming each week in 34 languages, from its

Song of the week:    (detected with MIDOMI)

Gene Autry - Back in the Saddle Again 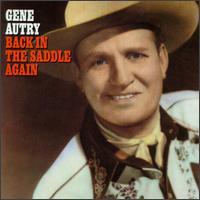 The radio reception was particularly strong this time.
You could see clearly now the ghosts of the harmonic signals of the 1.5 kHz AF -
weaker, but also slightly wider.
MFSK-64 touched the areas, MFSK-128 -  theoretically there is an overlap.