Welcome to program 52 of VOA Radiogram from the Voice of America.

Today, VOA Radiogram marks one year on the air with an experiment
comparing four modes with speeds of about 100 words per minute... 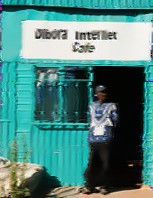 WASHINGTON (March 25, 2014) - The Broadcasting Board of Governors
(BBG) today released its detailed Fiscal Year 2015 budget
request. The agency, which oversees civilian international news
and information programs for people in more than 100 countries,
is seeking $721.26 million to meet strategic priorities,
migrating to media that its listeners and viewers increasingly
use, and innovating to reach next-generation audiences.

By reducing administrative operations, eliminating needless
language service overlap, streamlining central news operations,
optimizing information technology and reducing ineffective
transmissions, the agency would save about $32.9 million under
this budget request. Such reductions will be taken in order to
sustain core journalistic operations.

As online and mobile media grow, along with distribution through
more local affiliate partnerships, the request proposes migrating
from use of legacy radio transmissions that are not a primary
source of news for markets in Vietnam, Belarus, Laos, and
elsewhere.

Complete text of this BBG news release at

Thanks for all your support during the first year of VOA Radiogram.