Great news if you love surf music and like exploring shortwave
radio. The Big Beach Radio Show is coming to The Mighty KBC
Europe on 6095 kHz for the summer of 2014. The show’s presenter,
Peter Quinn, describes the venture as "a mirage of the perfect
day on the beach". Peter has been heard on a range of radio
stations over the years including Radio Caroline, The Voice of
Peace, Island Sound Malta and numerous UK and European radio
stations. He says he's delighted to be appearing on The Mighty KBC
and cordially invites you to catch some surf on shortwave every
week at 11.00 UTC. The show starts Saturday 19th April and goes
to air whatever the weather.

Welcome to program 53 of VOA Radiogram from the Voice of America.

Here is the lineup:

Pavel Durov, often referred to as the "Russian Mark Zuckerberg,"
announced Tuesday that he is stepping down as the head of
Russia's largest social media network "VKontakte."

His resignation comes as Kremlin-friendly executives have taken
majority ownership of VKontakte and as Durov has increased his
public criticism of government surveillance.

"Following my brother, who in the middle of last year left the
post of technical director, I resign as Acting Director General
of VKontakte," Durov posted on his VKontakte wall. "Thanks to all
the users who have supported and inspired me these seven years."

Accompanying his post was a photo captioned "So long and thanks
for all the fish", a reference to the popular "Hitchhiker's Guide
to the Universe" books and film.

Durov's resignation was not a complete surprise to tech
observers. It comes amid a cloud of allegations of mismanagement
directed at Durov which his supports say have been orchestrated
by the allies of Russian Prime Minister Vladimir Putin.

VKontakte, which means "In Touch" in Russian, was launched by
Durov in October of 2006, at a time when Facebook was undergoing
explosive growth around the world, but was banned in Russia.

The social network, available in several languages, has proved
very popular in Russia with an estimated 230 million members.

Durov, 29, a graduate of St. Petersburg State University, founded
VKontakte, or VK for short, shortly after graduating. His net
worth is estimated around $250 million.

While Durov has been fairly opaque in his criticisms of the
Kremlin, observers have increasingly speculated that he has
chafed at the more Putin-friendly direction the firm's board has
encouraged.

Often described as a libertarian and a contrarian, Durov was
initially seen as a quiet ally of the Kremlin.

But in early 2012, amid growing protests over disputed
parliamentary elections, he balked at a Kremlin request to remove
a VK group titled "United Russia - Party of Crooks and Thieves."

Since then, shares of VK have increasingly been acquired in a
series of shadowy trades by Russian business executives with
close ties to Putin.

In his resignation post, Durov did not mention the allegations of
mismangement, but did allude to increasing friction with the
company's new owners.

"As a result of events subsequent to the change in the
shareholding of VKontakte in April 2013, the freedom of the CEO
to manage the company has been significantly reduced," he posted.

"It's becoming increasingly difficult to defend those principles,
which were once laid in the foundation of our social network," he
added. 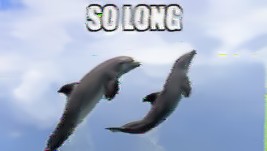 The U.S Aeronautics and Space Administration, NASA, is commonly
associated with space exploration, but aeronautics is still a big
part of the agency's research. Engineers at its Aeronautics
Research Center, in Hampton, Virginia, are testing new ideas that
someday may produce lighter, quieter and less polluting aircraft.

By 2030, NASA would like to see planes that burn 60 to 70 percent
less fuel, pollute less and are quieter than 2005 models.
Scientists say achieving those goals calls for lightweight
materials, better aerodynamics, new kinds of fuels and
alternative aircraft configurations.

In NASA's huge Transonic Dynamics Wind Tunnel, engineers are
testing a new design of airplane wing made of a composite
material that is considerably lighter than the industry standard,
aluminum alloy.

Senior aerospace engineer Robert C. Scott says in the future,
wings will likely be made out of materials like this.

"With advances in material, advances in design and analysis
capability and the need for higher efficiency, you're driving
yourself toward very lightweight designs," said Scott.

One of those designs is the long, truss-supported wing, says
project scientist Richard Wahls.

"That allows you to stiffen the wing, keep the wing thin, grow
the span to reduce drag," said Wahls.

If someone decides to build one of these advanced configurations,
they will be able to use the results of tests done by NASA.

In another part of the center, researchers are testing a new way
of manufacturing composite materials.

Instead of aligning the fibers in straight, parallel lines, these
fibers are molded around the points of heavy load, explains
materials research engineer Karen Taminger.

"That allows the fibers to continue to carry the load all the way
around the corners instead of being interrupted if we cut that
out from a straight aligned composite," said Taminger.

Taminger says new structural designs will allow manufacturers to
reduce the weight of airplanes and make them more energy
efficient.

To learn what's in the exhaust of an airplane burning a mixture
of petroleum and alternative-based fuel, NASA scientists fly a
second plane right behind the first one. On-board sensors measure
the percentage of pollutants contained in different fuel
mixtures.

"We hope to find technologies that we can accelerate forward
through the research, but other technologies - they may not be
possible for 20 or 30 years," he said.

In the meantime, he says, there are incremental improvements
moving the aviation industry towards better, safer and more
efficient aircraft.


MFSK32 image follows: Pollutants from the plane in front are
measured by the plane behind...

LARGO, MARYLAND - Experts say no one will really know what
happened to Malaysia Airlines Flight 370 until the black box -
the flight recorder - is retrieved. Time is running out because
that flight recorder only emits an audible signal - a ping - for
30 days. The U.S. Navy has deployed one of its "pinger locators"
to the Indian Ocean search area.

The sound is what it's all about. The sound coming from the
black boxes - the flight data recorders that hold the key to what
happened aboard Malaysia flight 370.

The locator will be towed more than 6,000 meters behind the
Australian navy ship "Seahorse Standard." It will be submerged
two-thirds of the way to the bottom of the ocean. The locator
sends sounds to an acoustic listening device and laptop aboard
the ship.

"You might hear that tiny little chirp and say, 'Did you hear
something?' And then we will listen more intently and try to
fine-tune it," said Paul Nelson, who is with Phoenix
International, the company that manufacturers the pinger
locators.

Fine-tuning it, means turning the boat around and repositioning
the locator to pass over the area again. That maneuver takes
eight hours. And time is ticking. The black box's batteries can
last longer than the reported 30 days, but the sound will
eventually fade.

"The advertised shelf life for the pinger when it's in the water
is 30 days," said Jim Gibson, general manager at Phoenix
Internatiomal. "We have individuals that have been on operations
that have heard the pinger well beyond 45 days."

Following the locator, another Phoenix device could splash into
the ocean. Once debris is identified on the ocean floor, a tool
with a strong manipulator arm retrieves items and puts them into
a box which is then hauled to the surface.

"It operates similar to what a helicopter would do," Paul Nelson
said. "It hovers around the bottom and moves around place to
place with a video camera."

The machine, called Remora, assisted in the recovery of Air
France Flight 447 - the aircraft was lost for five days but the
black box was not found until two years later. Remora brought up
the engines, computers, black boxes and more.

But it all takes time, in difficult conditions, including the
effect of pressure at extreme ocean depths.

And, Remora is tiny in compared to the size of a typical debris
field.

"If you don't do it in time and in the right time, you miss
items," Nelson said. "So it's very slow and meticulous. Patience
is required in this type of operation."

As the search approaches three weeks, patience is not in
abundance.


Many shortwave broadcast stations changed some of their
frequencies on 30 March 2014, the beginning of the A14 HF
broadcast frequency season, which continues until 25 October
2014.

If Flmsg format, here is the Voice of America English
transmission schedule effective 30 March 2014 (not including VOA
Learning English and VOA Studio 7 English programs for Zimbabwe):