If you were able to receive this image and text, please send a
reception report to themightykbc@gmail.com


Welcome to program 56 of VOA Radiogram from the Voice of America.

WASHINGTON - On the day Crimeans voted in a referendum in March
on secession from Ukraine, hackers from a group calling itself
the "Cyber Berkut" pelted NATO websites with online nuisance
attacks designed to knock the pages offline.

While not technically sophisticated, the DDoS, or "denial of
service" attacks, were enough to send several websites -
including a cyber-security site in Estonia - into darkness for
several hours.

NATO quickly recovered: the sites came back online, the hack
attack ebbed, and no serious damage was done.

But it sent a clear message - a warning shot of sorts of things
to come.

As tensions have escalated between Kyiv and Moscow, so too has
the frequency of online attacks targeting a variety of
government, news, and financial sites located across Ukraine and
several in Russia.

So far, these attacks have amounted to mere skirmishes rather
than all out cyber war.

However, with the possibility of further Russian military
incursions into eastern Ukraine, a full-blown cyber war may be
looming on the European continent.

And that, in turn, could draw in many more nations into the
Ukrainian crisis.

"In terms of conflict between the Western-oriented parts of
Ukraine and Russia, it's a little surprising we haven't seen more
hacking already," former Assistant Secretary of Homeland Security
Stewart Baker said.

"Ukraine isn't a great power but they have some talented
hackers," he said. "If there's an area they can punch above their
weight, it's cyber crime."

Baker, now a parnter at the Steptoe and Johnson law firm, said
that hacking and cyber mischief are nothing new for either
nation.

"They've learned how to buy protection with the government,"
Baker said; "and the connections are pretty tight."

For its part, Russia has not shied from flexing its cyber
muscles, notably in Estonia in 2007 and Georgia in 2008.

Although the Kremlin never admitted responsibility, Internet
analysts say that the attacks originated inside Russia and were
organized by Russians.

Those attacks were likely carried out by the Nashi, a
semi-official nationalistic Russian youth movement tied to the
Kremlin, analysts say.

But Baker and other analysts note that since then Russia has
invested considerable resources into building more sophisticated
and potent offensive cyber capabilities, which would likely be
deployed this time in a more serious cyber battle.

Complicating matters further, much of Ukraine's
telecommunications infrastructure runs through lines and switches
controlled by Russia.

That combination of Russian offensive capability and access to
infrastructure makes Ukraine unusually vulnerable to cyber
attack. And that's a situation the Kremlin may not be able to
long resist.

"You could definitely see a paired attack," Baker said, "with
telecommunications shutdowns in the west crippling the
government, and a more psychological warfare in the east where
access to news is shut off and the zone flooded with inflammatory
false reports."

"In an already unstable situation, the situation could quickly
become much worse," Baker said. "This may turn out to be a new
tactical strategic approach, something we haven't seen before."

In 2012, U.S. financial institutions came under a sustained cyber
attack believed to be orchestrated by Iran, but using a diffuse
array of servers located around the world.

As reported by The Washington Post, the Obama Administration
debated a forceful response to aggressively target and destroy
Iranian target servers, but in the end opted for a different
approach.

The administration quietly assembled a coalition of 120 nations
that voluntarily agreed to choke off the Iranian attacks and they
passed through their national network.

That had the effect of stopping the hack at the target end,
rather than the source.

U.S. administration officials feared that an aggressive response
may well have provoked a more punishing, sustained set of attacks
by Iran and its allies targeting a much larger set of American
targets, analysts say.

"As good as our capabilities are, there is always the possibility
for unintended consequences when you take [cyber] actions," one
administration official told the Post.

That's a lesson that one leading cyber security expert seems to
have taken to heart.

"Regarding the fairly muted Ukrainian response so far, Russia
essentially owns Ukraine's information and communication
infrastructure," said Jeffrey Carr, founder of the Internet
security firm Taia Global. "It's just a matter of will for them
to shut it down."

Like many security analysts, Carr believes most nation's digital
infrastructures are largely unprotected from the damage a serious
battle could inflict. That includes, he says, Ukraine and Russia,
as well as NATO member nations and even the U.S.

That in itself, he says, may be enough to prevent a full-blown
cyber war over Ukraine - but only if military tensions on the
ground subside. Should Ukrainian and Russian troops come to
serious blows, both sides would pull out all the stops.

The Iranian financial attacks of 2012 didn't cause much damage,
and although serious, were relatively limited in scope.

But they were enough to lead some to fret about the growing
possibility of serious cyber-battles that would cause long-term,
possibly devastating damage.

It hasn't yet happened.

However, some analysts caution that a potentially large-scale
armed conflict in Ukraine could change all that. Worse, the more
serious the cyber-attack, the more hidden it may be.

"Cyber attacks will continue to be largely silent but potentially
devastating during this conflict and could prove to be more
decisive than trade sanctions or armed maneuvers," he said.

Analyst Carr sees the sorts of hacking by groups like Cyber
Bekrut or Anonymous Ukraine as little more than nuisance.

"That's an entirely lower subset of capabilities being developed
by Russia in terms of attacking and shutting down
infrastructure," he said.

Carr said that Russia is likely to employ a dual-pronged strategy
in conflict: cutting critical services and communications in the
west to isolate it from NATO and the rest of Ukraine, and
blocking news in the east to flood it with bad information for a
nervous populace.

Given the interconnected nature of the world today, the damage
and pain could spread across Europe and around the globe.

That worries Stewart Baker, who as a former Homeland Security
official, remains convinced the world - and the United States
especially - is unprepared.

"I think we're really whistling past the graveyard," he said.

Scientists at Northwestern University in Evanston, Illinois say
they have found a better way to turn waste heat into electricity
by improving "thermoelectric" devices.

Until now, thermoelectrics were too inefficient or expensive for
widespread use.

According to a report in the latest issue of the journal Nature,
a material called tin selenide has an unusual combination of
properties that make it particularly good at converting heat into
electric current. Tin selenide is a good conductor of
electricity but a poor conductor of heat.

Scientists say the new device could be a step toward making a
more efficient hybrid car that would use fuel to directly create
electricity rather than the less-efficient current process of
running a gasoline motor to power a generator.

NEW YORK - Plug in your car, then unplug, and drive away. More
and more consumers are doing just that. At the 2014 New York Auto
Show many automakers unveiled electric or hybrid vehicle to
address the growing global appetite for environment-friendly
cars.

While some technological challenges remain, the market is heating
up.

A hydrogen fuel cell vehicle from Toyota converts hydrogen into
electricity, has a smooth ride, strong accelertion, and leaves no
carbon monoxide behind.

"We think that hydrogen is the future of electric vehicles
because they're so much more convenient," said Toyota's Wade
Hoyt. "And the way it works is that the hydrogen wants to
combine with the oxygen in the air. It forms H2O, which is water
vapor, is the only exhaust, so it's a true zero emissions
vehicle. And you get electricity out of that combination."

Many manufacturers are now producing hybrids and electric
vehicles. Ford has unveiled an all-electric Ford Focus and Chevy
is touting its environment-friendly Volt. While electric cars are
easy on the environment, they can also offer strong preformance.
Tesla's has ferocious acceleration, pushing the car from zero to
about 100 kilometers per hour in three-point-seven seconds, with
a top speed just over 200 kilometers per hour. Electric motors
deliver strong acceleration because they offer more torque than
equivalent gasoline engines. That is why luxury brands, like BMW,
are experimenting with this new technology.

But the switchover from gasoline is an evolutionary process, says
James Bell of General Motors.

"I think the mistake that many people in the industry and in the
media maybe thought was that -- when the Nissan Leaf came out or
the Chevrolet Volt -- was that suddenly people would drop their
gasoline cars and rush for them. No, it's not that way," he
said. "This is going to be a slow evolution, but it's also a
Pandora's box moment. It's not going to go back in. Electrified
vehicles are the way to meet those emissions in the future."

Alternative fuel vehicles account for just one million of the
than 60 million cars produced worldwide annually. But in 2013
the number of hybrid and electric cars doubled. Automakers still
don't make money on electric cars because of the high cost of
battery technology. Tesla's battery, for example, costs $50,000,
about half of the vehicle's total selling price. But
manufacturers pay the costs because they believe electric
vehicles are an important part of the industry's future.

Matt Miller, auto industry reporter for Bloomberg News, says a
mixture of old and new technology is the winning strategy.

"Really the key for the future, I think, is hybrid technology, so
rather than having a car like a Tesla, completely
electric-powered, you have a car like the BMW i3 or i8, which
has a small gasoline motor to help charge the battery when it's
needed and electric motors to drive," he said. "That's got to be
the future. Then you get something like 90 or 100 miles per
gallon, [19 to 21 kilometers per liter] which is decent and you
still get the torque when you need it."

The challenge is to produce a car with long, inexpensive battery
life that allows the driver to travel a long way between charges.
Automakers expect many millions will then decide to switch from
gas to alternative fuel. 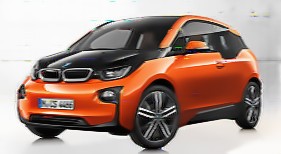 
The following is a news story from the VOA Spanish Service... 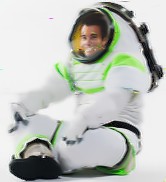