The VOA Mandarin (Chinese) Service is now broadcasting 1 minute,
20 seconds of MFSK according to this schedule:

All frequencies are via East Asia relay stations. Reception in
Europe and even North America is possible. The Chinese voices you
hear are mostly Chinese domestic stations always co-channel with
VOA Mandarin. The MFSK tones might get through for at least a
partial decode. Use of a web-controlled receiver closer to Asia
will improve your results.

Also see the schedule for VOA Radiogram (in English) at
voaradiogram.net .

Thanks to Eric and The Mighty KBC!

Welcome to program 71 of VOA Radiogram from the Voice of America.

Here is the lineup for today's program (MFSK32):

Here's an Internet search test that will both show Moscow's
increasing control over the Russian Internet and how its favored
policy for its neighbor does not necessarily reflect its stance
at home.

Type the Russian words федерализация Украины (federalization of
Ukraine) into Google and you will see over a million results --
many coming from Russian state news agencies and most dating from
earlier this year, when Moscow responded to a change in
government in Kyiv by annexing the Ukrainian peninsula of Crimea
and backing a pro-Russian separatist movement in eastern Ukraine.

Now go to the Russian version of Google News (news.google.ru) and
do an August 1 search for федерализация Сибири (federalization of
Siberia). Click on any of those links and you're likely to get a
404 error.

For months, Moscow has applauded a separatist movement in eastern
Ukraine as a justified quest for "federalization." But when word
spread of a planned August 17 "March for the Federalization of
Siberia" in Novosibirsk, Russia's third largest city, the
country's Internet monitoring agency took a less approving
stance.

The agency, Roskomnadzor, demanded that the page promoting the
march be shut down (it is still visible outside of Russia), but
it did not stop there.

It ordered Slon, one of a small number of independent news sites
in the country, to take down an interview with the march's
organizer, claiming that the website was participating in the
"dissemination of information about preparation for unauthorized
mass events under the banner of infringing on the territorial
integrity of the country."

It ordered the same of the BBC Russian website, which also had an
interview with the organizer, a Novosibirsk-based artist named
Artyom Loskutov.

The British-funded international broadcaster has agreed to edit
the text in the article associated with the interview but has
said it will not take the recorded segment down.

According to "Izvestia," a Kremlin-connected newspaper,
Rozkomnadzor has threatened to block the website completely if it
does not comply fully with its order.

At least 17 other websites, including popular news aggregators
like Newsru.com and RIA Novosti, a state-run news site,
apparently also originally covered the story but have now taken
their reporting down.

Since the beginning of the year, the Kremlin has been moving
swiftly to gain greater control over the Internet. In April, the
State Duma passed legislation that would require non-Russian tech
companies to store all domestic data within Russia and several
opposition websites have been blocked. On August 1, a law
requiring bloggers to register with Roskomnadzor if their blogs
have over 3,000 daily visitors went into effect.

Television broadcasts in the Chinese city of Wenzhou were hacked
Friday with anti-Communist Party messages superimposed on normal
broadcasting.

According to Foreign Policy, which first reported the hack: "One
message, emblazoned across the top of the screen, declared, 'Damn
the Chinese Communist Party's mouthpieces: China Central
Television, Peoples' Daily' -- the first a broadcaster, the
latter a newspaper, and both generally acknowledged to toe the
party line -- as well as 'the Propaganda Department and the State
Radio and Film Administration.'"

The Propaganda Department and the State Radio and Film
Administration are responsible for censorship.

Another message read "the Communist bandits are the real
criminals," and another said "Friends, do not cooperate with
Communist devils," according to Foreign Policy.

Yet another called for the release of jailed dissident Liu
Xiaobo.

"As all programming is now digital, the integrity of the
television data stream will determine if one can mount an attack,
apparently there was a vulnerability in China's data feeds," said
Christopher Burgess, CEO of Prevendra, Inc., an Internet
security firm.

No one has claimed responsibility for the hack.

Weibo, often referred to as Chinese Twitter, lit up with posts
about the hacking, but Chinese censors were quick to act and
delete mentions of the incident.

A study last year estimated that 30 percent of deletions on Weibo
occur within five to 30 minutes after posting and that nearly 90
percent of the deletions happen within the first 24 hours.

While website defacement is a common form of hacktivisim in
China, commandeering television signals is not.

However, the Wenzhou case is not the first time it has happened.
In 2002, outlawed spiritual group Falun Gong was able to briefly
broadcast its messages on televisions in Harbin, Laiyang and
Changchun, according to Reuters.

In 2004, Falun Gong was accused of hijacking a Hong Kong
satellite.

According to Doug Young, a journalism professor at Fudan
University in Shanghai and author of the book The Party Line: How
the Media Dictates Public Opinion in Modern China, Wenzhou would
be a likely place for this kind of thing to happen.

Wenzhou, he said, is famous for its entrepreneurial and
independent spirits, but recent economic turmoil, including a
major drop in real estate prices, might foster this kind of
hacktivisim.

"This seems like the perfect place for this to happen," he said.

Image: A user on Freeweibo posted this photo of what is purported
to be a hacked Chinese television channel... 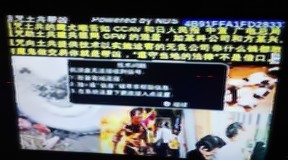 
Broadcasting Board of Governors press release

WASHINGTON (August 1, 2014) - The Broadcasting Board of Governors
today released "To Be Where the Audience Is," a report that found
shortwave radio to be essential to listeners in target countries,
but of marginal impact in most markets. The report's
recommendations came after a comprehensive review, grounded in
audience-based research, of the efficacy of shortwave as a
distribution platform for U.S. international media.

"Shortwave radio continues to be an important means for large
numbers of people in some countries to receive news and
information," said Matt Armstrong, who chaired the BBG's Special
Committee on the Future of Shortwave Broadcasting, which issued
the report. "However, many of our networks' target audiences have
moved to newer platforms including TV, FM and digital media. This
report maps a way forward for U.S. international media to remain
accessible for all our audiences."

Research-based evidence of media trends suggests that the
increased availability and affordability of television, mobile
devices and Internet access has led to the declining use of
shortwave around the world. Still, the report finds that
substantial audiences embrace shortwave in Nigeria, Burma, North
Korea, Afghanistan, Somalia, Zimbabwe, Cuba and other target
markets for the BBG.

At the same time, the committee's recommendations make clear that
the BBG will need to continue to reduce or eliminate shortwave
broadcasts where there is either minimal audience or that
audience is not a U.S. foreign policy priority. It also ratifies
reductions that were made in redundant signals in 2013 and
further cuts in transmissions that were made in 2014.

Even with these recent reductions, the BBG makes programs in 35
of its 61 broadcast languages available on shortwave where there
is a strategic reason to do so.

The report notes there is no evidence that shortwave usage
increases during crises. At such times, audiences continue to use
their preferred platforms or seek out anti-censorship tools to
help them navigate to the news online, including firewall
circumvention tools or offline media including thumb drives and
DVDs.

The Shortwave Committee report will be discussed at the August 13
public meeting of the Broadcasting Board of Governors.

The full report can be found via this page: 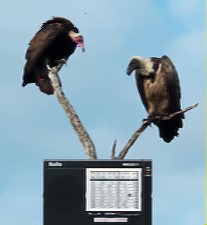 
Thank you for decoding the modes on VOA Radiogram