Each transmission is about a minute and a half.

All days/times UTC. Frequencies in kHz:

Thanks to The Mighty KBC.

Welcome to program 76 of VOA Radiogram from the Voice of America.

You may have noticed some of your favorite websites are
displaying spiraling "loading" symbols, also referred to as the
"spinning wheel of death."

These are part of an online protest to urge the Federal
Communications Commission (FCC) to support stronger net
neutrality protections. In January, the a U.S. court struck down
the FCC's previous rules for net neutrality.

The loading symbols link to information on how to contact
Congress, the White House and the FCC.

According to Nathan White of Demand Progress, one of the groups
involved in organizing the protest, the one-day campaign was
generating over 1,000 calls per hour to Congress,the White House
and the FCC.

The FCC regulates interstate and international communications by
radio, television, wire, satellite and cable in the U.S.

"The Internet is united against the FCC's Net Neutrality-killing
proposal," said Craig Aaron, president and CEO of the Free Press
Action Fund, one of groups organizing the protest, in a
statement.

"Today we'll see the Internet slow down as millions of people
rise up against this threat to our rights to connect and
communicate," he continued. "There aren't many issues that could
bring together such a diverse array of groups, big platforms and
small businesses, senators and everyday citizens, all of them
urging the leaders at the FCC to restore real Net Neutrality."

Some of the biggest participants in the protest include Reddit,
Netflix, Tumblr, Upworthy and many more. Anyone with a website or
blog can participate using coding provided by the organizers of
the protest.

Online behemoth Google is not sporting the loading symbols on its
sites, but the company sent a pro-net neutrality email to its
activism list of about two million people.

Last year the The World Economic Forum ranked the United States
35th out of 148 countries in Internet bandwidth.

"We already have problems, and we don't need to make it worse,"
said White. "Itt bad for users and for economic innovation."

White said that if someone were to create the next Facebook, they
might be stifled in garnering a big audience because the site
might not load quickly. A startup, he said, would not have the
money to pay an Internet service providers extra for more
bandwidth.

"We have an 'open Internet.' Broadband providers continue to
support the principles that allow consumers to access lawful
websites when, where and how they choose.", he wrote, adding that
"reclassifying the Internet and applying telephone-era rules
would choke off growth and investment."

The outcome of the net neutrality debate in the U.S. could have
global implications.

"It's something that matters all over the world," said White.
"The end of net neutrality would be incredibly profitable for
existing telecommunications companies."

Many experts believe the biggest effect of the lack of net
neutrality in the U.S. to non-Americans would be the example it
sets.

White is confident the campaign will have the desired results.

"If [the FCC] listens to the will of the people, as they're
supposed to, they will create meaningful rules that protect net
neutrality," he said. 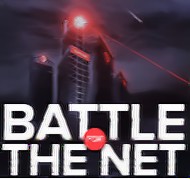 GENEVA - The World Meteorological Organization reports the
earth's protective ozone layer is on track to recovery by the
middle of the century. The agency says the so-called Montreal
Protocol, which calls for the phase out of ozone-depleting
substances is working.

The World Meteorological Organization (WMO) calls the 1987
Montreal Protocol a great success. This news comes as a welcome
antidote to the recent bleak assessment by the same agency that
the concentration of greenhouse gas levels in the atmosphere
reached record levels last year.

WMO Senior Scientific Officer Geir Braathen says a lot has
changed for the better since the agency issued its last
scientific assessment of ozone depletion four years ago.

"Now, for the first time in this report, we say that we see
indications of a small increase in total ozone. So that means
that recovery of the ozone layer in terms of total ozone has just
started. If you go more specifically at the higher level, about
40 kilometers in the stratosphere high above the ground, there
one sees a clear increase in ozone in recent years," said
Braathen.

Braathen says this is a sign that the amount of ozone depleting
gases is going down and the ozone is on the way up again. The
stratospheric ozone layer is a fragile shield of gas that
protects the Earth from harmful ultraviolet rays of the sun.

The U.N. Environment Program says the Montreal Protocol will have
prevented two million cases of skin cancer annually by 2030,
averted damage to human eyes and immune systems, and protected
wildlife and agriculture.

The treaty calls for the phase out of ozone depleting substances,
such as chlorofluorocarbons and halons, which were once used in
products such as refrigerators, spray cans, insulation foam and
fire suppression.

The report finds the phase-out of ozone depleting substances has
had a positive spin-off for the global climate because many of
these substances also are potent greenhouse gases. But the
report cautions that certain substitutes are themselves potent
greenhouse gases that potentially could undermine these gains.

Braathen says new replacement compounds called hydrofluorocarbons
do not harm the ozone layer. But, many are potent greenhouse
gases.

"The emission of HFC's [hydrofluorocarbons] is currently
increasing at the rate of about 7 percent per year. So it is
coming up quite quickly. Currently, they have an almost
negligible effect on the climate, but if they continue to grow
like this also in the future over the coming decades, they will,
in the future, contribute significantly to global warming," he
said.

But the good news, says Braathen, is compounds are available that
have much lower greenhouse warming effects. He says the ozone
layer is expected to recover to 1980 benchmark levels - that was
before significant ozone depletion - over most of the globe by
2050 if there is full compliance with the Montreal Protocol.

WMO calls international action on the ozone layer a major
environment success story. It is urging the same kind of unity
to tackle the even greater challenge of climate change.

Something New for Russians

For the past two weeks, TV audiences in Russia have had a chance
to see something exceedingly unusual on Russian airwaves: candid
exchanges about U.S. and Russian policies, including criticism of
the Putin government. The exchanges took place on a new program
called Cold War?, a joint project of the Russian Business
Channel (RBC) and Voice of America's Russian Service, that
premiered on RBC at the end of August. The program, which is
broadcast throughout Russia by RBC in prime time on Thursday
nights, links VOA hosts and guests in Washington and New York
with RBC's Moscow-based anchor and reporters.

The result is a discussion in which Russians hear views and
opinions available on no other TV program in Russia. While RBC's
anchor controls the show, and often seeks to dominate the debate,
Russian viewers are hearing something new—both sides of the
argument.

Some samples from the first broadcast, on August 28: (VOA's
studio guest for this program was Erica Marat, a Research Fellow
at the Central Asia-Caucasus Institute at John Hopkins
University):

--Marat to RBC anchor Andrey Reut: "You … repeat word for word
what Kremlin officials keep saying. You look at the video of
Russian troops on the territory of Ukraine, the Russian
equipment, new equipment, not Soviet, and new technology that
went into the Ukraine. You look at it and say, ‘But there is no
evidence! How can you prove it?'"

--Marat on the West's view of Russia: "I think this is a turning
point for Putin because finally, the West and the international
community are calling a spade a spade: it is a full-scale war
between two countries—Russian military are fighting with the
military of Ukraine."

--Marat on the future: "You have to understand that this
situation is not forever. When (the Russian) economy starts to
shrink … public trust in Putin will be reduced…. We all remember
that a couple of decades ago, the economy was probably the most
important factor in leading to a collapse of the USSR."

Samples from the second show, broadcast on September 4: (VOA's
studio guest was Donald Jensen, of the Center for Transatlantic
Relations at Johns Hopkins University. Before joining Johns
Hopkins, Jensen was Director of Research and Analysis at Radio
Free Europe/Radio Liberty).

--Jensen on the strong and growing Russian presence in Ukraine:
"The Russian invasion, especially in recent days, is in fact an
escalation."

--Jensen on supporting statements: "As we learned from the head
of [the Russian non-governmental] organization Soldier's Mothers
there are seven to eight thousand Russian troops fighting in
Ukraine."

To be sure, the Russian anchors and guests on Cold War? have
often been dismissive of Western views. The show is on Russian
television, broadcasting to a public where President Putin is
said to enjoy high approval ratings in the wake of the Russian
invasion of Crimea and military activities in eastern Ukraine,
but pro-Kremlin views are heard all the time on the air since the
government began its media crackdown. They are not new. What is
new is for Russians to hear something from the other side.

RBC estimates it has an audience share of 11 percent within the
Russian Federation, with particular strength in the influential
Russian business community. According to Elez Biberaj, head of
VOA's Eurasia Division, "the program gives VOA a rare new
opportunity to present U.S. policies and views to millions of
Russians. Accepting such a challenge is part of our mission at
VOA." 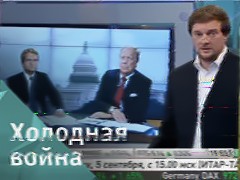 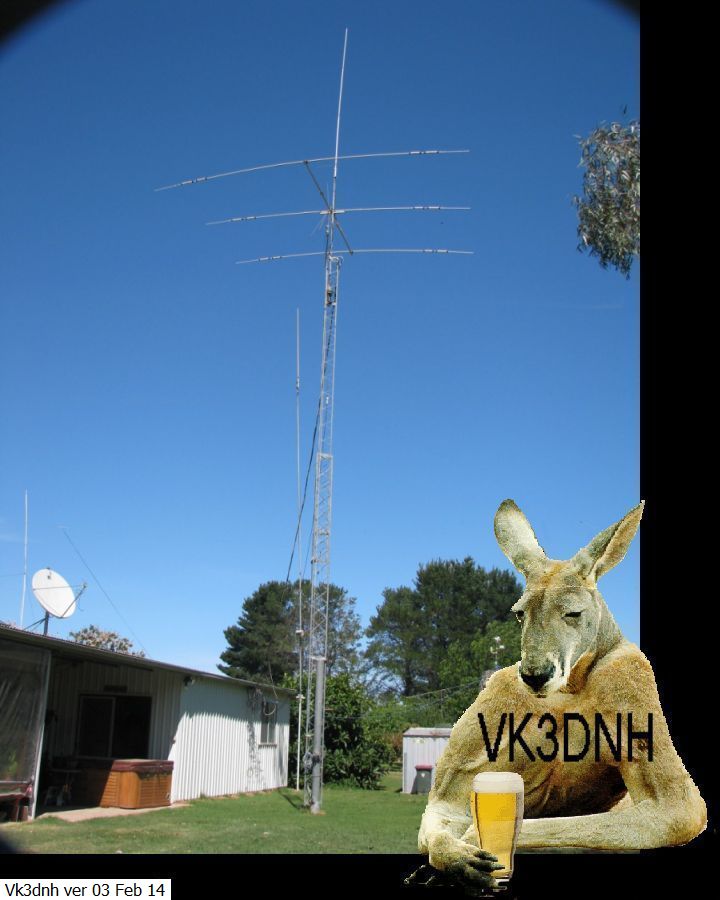