Welcome to program 80 of VOA Radiogram from the Voice of America.

Here is the lineup for today's program (all MFSK32 except surprise modes):

Two Japanese scientists and a Japanese-born American scientist
have been awarded the 2014 Nobel Prize for Physics for inventing
the environmentally-friendly blue light emitting diodes, commonly
known as LEDs.

Isamu Akasaki, Hiroshi Amano and Shuji Nakamura were honored for
their work in the 1990s in creating bright, energy-efficient
white light from semiconductors, succeeding where scores of other
scientists had failed.

In its announcement Tuesday in Stockholm, the Royal Swedish
Academy of Sciences said that "incandescent light bulbs lit the
20th century; the 21st century will be lit by LED lamps." The
Nobel committee said the relatively young technology has
contributed to saving the Earth's resources.

Swedish physicist Bjorn Jonson said LED lighting benefits masses
of people in some of the world's most remote regions.

"One and a half billion of people on Earth have no access to
electricity grids. That means that they cannot get light, but now
with a solar cell, a battery and a LED lamp, they can start to
read in the evenings instead of sitting in the darkness," said
Johnson.

Akasaki and Amano are colleagues at Japan's Nagoya University,
while Nakamura is currently working at the University of
California in Santa Barbara. The trio will share the $1.1
million attached to the award.

In a telephone call, the Nobel committee congratulated Nakamura
and he expressed his delight. "Oh, yeah. Amazing, unbelievable,"
he said.

The 2014 Nobel Prize announcements began Monday, when
American-British scientist John O'Keefe and husband and wife
Norwegians May-Britt and Edvard Moser were awarded the Nobel
prize in medicine for their work in discovering the brain's inner
navigation system. 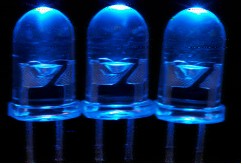 BOULDER, COLORADO - The powerful solar winds that buffet the
earth's atmosphere cause the shimmering northern lights of the
aurora borealis, as well as many of the blackouts that plague our
electrical systems.

"We've seen back in March of 1989, a powerful geomagnetic storm
brought the grid down in Montreal and Quebec," recalled William
Murtagh at the National Space Weather Prediction Center. "We had
issues with some of our nuclear power plants in 1991. As recently
as 2003, a big geomagnetic storm during that period we call the
Halloween Storms produced a blackout in Malmo, Sweden, and
damaged transformers in the Escombe Network in South Africa."

The Prediction Center in Boulder, Colorado keeps an eye on the
sun, and provides continually updated forecasts to more than
40,000 utility companies, government agencies, the satellite
industry, commercial aviation and GPS users.

It generally takes at least half a day for one of these solar
storms to reach the earth, so at first, forecasters issue a
"watch." Murtagh compares it to a terrestrial storm watch,
"somewhat like a hurricane watch when there's a hurricane sitting
somewhere off shore of Miami and it's a couple of days out."

In the final hour of its journey toward Earth, the storm engulfs
a special satellite that provides crucial new data about its
power and scope. Then, Murtagh says, forecasters race to send an
update.

"So we can give all the folks that we gave a heads-up to a day or
two earlier, we can say okay, it's worse than we expected, it's
as expected, or maybe it's a bit of a dud and is not going to be
the impact we thought it might have here on earth."

When a storm is not a dud

On a scale of 1 to 5, most solar storms are Class 2 or lower, so
a bit of a dud, and last less than a day. For Class 5 storms,
utility companies route power away from sensitive equipment and
intensive geomagnetic activity. Because short-term blackouts are
possible in powerful storms, hospitals, airports and other
emergency centers are urged to keep backup generators ready.

But these procedures might not be enough to get us through a
Class 5 PLUS storm. Murtagh points to the Carrington Event, a
massive solar storm that hit the earth in 1859. It created Aurora
lights that were seen not only near the poles, but close to the
equator -- in Cuba, Santiago, Chile, and Hawaii. And it wreaked
havoc with telegraphs, the main electrical device of the time.

"The geomagnetic storm might have been three times, four, or up
to ten times as big as anything we've seen since. So what does
that mean? What does that translate to, in our critical
infrastructure, especially the power grid?"

To investigate concerns like these, the Idaho National Laboratory
maintains high voltage transformers, so massive, they stand twice
as tall as a man. Cyber Security Researcher Scott McBride said
his teams occasionally zap these transformers with geomagnetic
currents. Their experiments indicate that technicians could
monitor individual transformers during solar storms, to reduce
the chance that they'll be harmed.

But if a Carrington-sized event hit next week, all bets are off.
"It could be several continents," McBride said. "It could be
planetary in scale."

An event that size would be so overwhelming, McBride predicts
that fluctuating current loads would destroy many transformers
and it would take a long time to replace them.

McBride says engineers are developing a transformer that could
replace a damaged unit in days, rather than months. And
sophisticated grounding systems can protect equipment. But these
steps will cost time and money.

So what if, next week, the Space Weather Prediction Center issues
a red alert - a Carrington Event - 30 minutes from earth? McBride
said there's one more backup plan: "Turning the power grid off
would certainly protect it from a geomagnetic disturbance, but
the socioeconomic impacts of de-energizing the power grid are so
huge, it would actually be very difficult for someone to make
that decision."

All together, these experts say, it's time for world leaders,
power companies and major power users to plan ahead, so that a
world that depends on electricity can come together, to weather a
solar superstorm.

Image: Screen capture from the video version of this report... 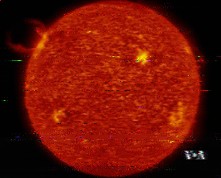 To Watch Videos, Vietnamese Go Online More Than Most

HO CHI MINH CITY - Last year, Phuong Nghi bought herself a
smartphone because her parents refused to get her one. And
perhaps with reason: Nghi didn't think twice when she was
recently asked how much time she spends watching videos on the
device. "Eight hours," she said. Per day.

Nghi's parents worried she would become like millions of young
Vietnamese who are addicted to electronics and the Internet.

"My mom was afraid I would use it too much, that it wouldn't be
good for me," the pharmacy major told VOA, pulling out her white
Samsung with a pink cat ornament.

Many other Vietnamese are turning to the Internet to watch
videos, too. Nielsen, a consumer research company, released a
report on Monday that said 91 percent of all online users in
Vietnam log on to watch videos at least once a week. That put
Vietnam at the top of a list that measured online viewing in six
Southeast Asian countries.

Indonesia, the Philippines, and Thailand had percentages in the
80s, while Malaysia came in at 67 percent and Singapore at 56
percent.

Besides watching videos at a higher rate than other Southeast
Asians, Vietnamese are also multitaskers. Nielsen surveyed
"digital consumers" who had several devices, whether smartphones,
computers, or smart TVs, and found that more than anyone else in
the region, Vietnamese often use three gadgets simultaneously.
Vietnam's three-screen usage rate is 84 percent. Nielsen said in
a press release that this was part of a trend in Asia marked by
the "growing consumption of online video content."

"Consumers are exercising their choice of how, when and where
they can obtain their content and are more active in their media
habits than ever before," said Nancy Jaffe, Nielsen's
cross-platform leader in Southeast Asia.

Sourcing videos online adds an extra layer of controversy in
Vietnam, a one-party system that limits access to Internet.
That's because sites like Youtube and Facebook allow people to
upload clips beyond the reach of Hanoi censors. Not that this is
foolproof. For instance, officials fined the creators of an
online TV show called "Apartment 69."

Officials said the infraction was for not getting state
permission to produce the series. But the show also centered
around the exploits of young Vietnamese.

Much of the increase in online video use follows the rise of
smartphones and Internet penetration in Vietnam. The Nielsen
report said in three years, access on smartphones has quadrupled
here, while access on laptops has more than doubled.

As the survey was being released, Vietnam was going through yet
another Internet slowdown all across the country. Most Vietnamese
rely on one main cable to connect them to the virtual world, and
that undersea wire can get damaged multiple times a year. The
latest cable debacle, which remains unfixed as of this
publishing, means millions will have to wait for their latest
online shows.

Image: The Vietnamese flag on a tablet display ...

Join us again next weekend for another VOA Radiogram ...